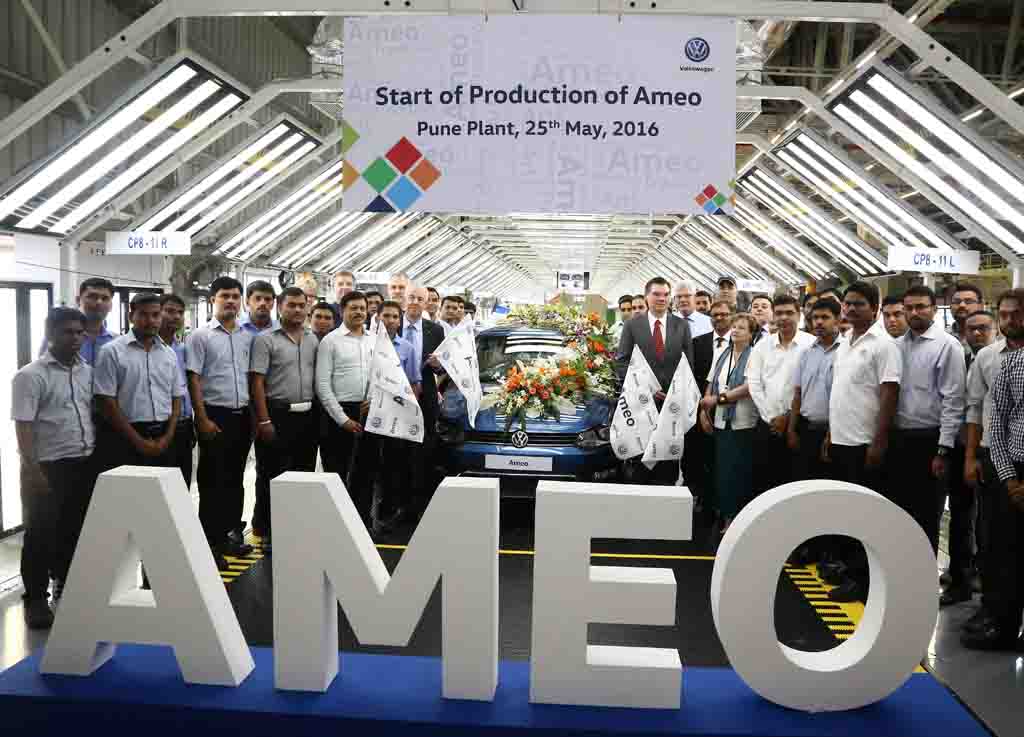 Volkswagen India rolled out its first Ameo compact sedan out of the automaker’s Chakan plant near Pune. The Ameo was unveiled just before the 2016 New Delhi Auto Expo, and it has created immense interest among the customers in India in last few months. The Ameo is the first made in India for India compact sedan by the Volkswagen, which has a strong presence in the country.

Now with the roll out of its first Ameo Volkswagen India has commenced the production of the compact sedan which will be increased before the car’s launch which is scheduled to happen in a few days. The first VW Ameo rolled out is coloured in Blue Silk paint. Although the car receives both petrol and diesel engines, but the automaker plans to initially launch the petrol variant in Indian market.

Volkswagen has invested around Rs. 720 crore to design, develop and manufacture the Ameo. Being an India specific compact sedan the car has been made emphasized on quality, safety and customer needs. On the safety front the Ameo is equipped with dual front airbags, ABS as standard features across all the variants. Other safety features include EBD, ESP, reverse parking sensors.

Additionally it comes with cruise control, rain sensing wipers, static cornering lights. Volkswagen has already begun receiving pre launch booking for the Ameo in its dealerships across the country. The Ameo would be priced between Rs. 8 lakh to 10 lakh range. It will lock horn with the Maruti Suzuki Swift Dzire, Ford Figo Aspire.