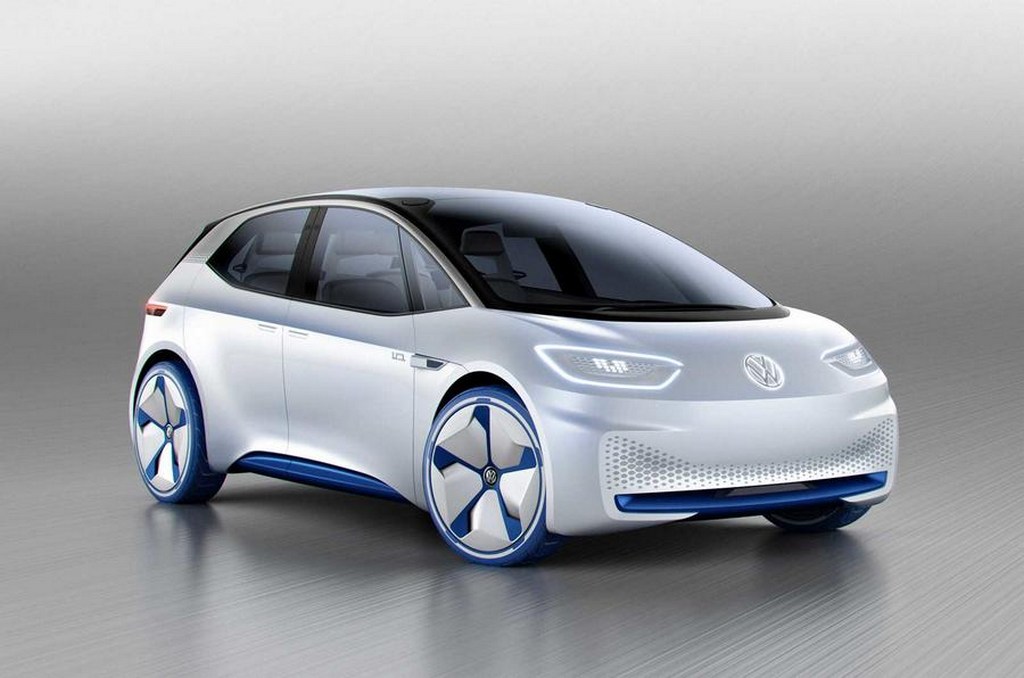 To overshadow the lost brand image due to emission scandal and to strengthen future prospects, Volkswagen earlier announced the planning to launch as many as 30 environmental friendly models and one million EV sales annually by 2025. As part of that project, at the opening of the Paris Motor Show, the Volkswagen ID concept has been introduced.

ID concept, the Wolfsburg-based company’s first full-electric car, will be a five-door hatchback with the power fed to the rear wheels. Giving sneak-peek into the production electric model due for 2020, it will go on sale at an affordable price tag says VW. The electric motor can pump out 168 bhp and features driving range between 249 and 373 miles (400 to 600 km), bettering the upcoming Golf-e claimed to return 300 km. The ID is one of the five electric cars planned by VW which that include a MPV, a crossover, a sedan and a sportscar. 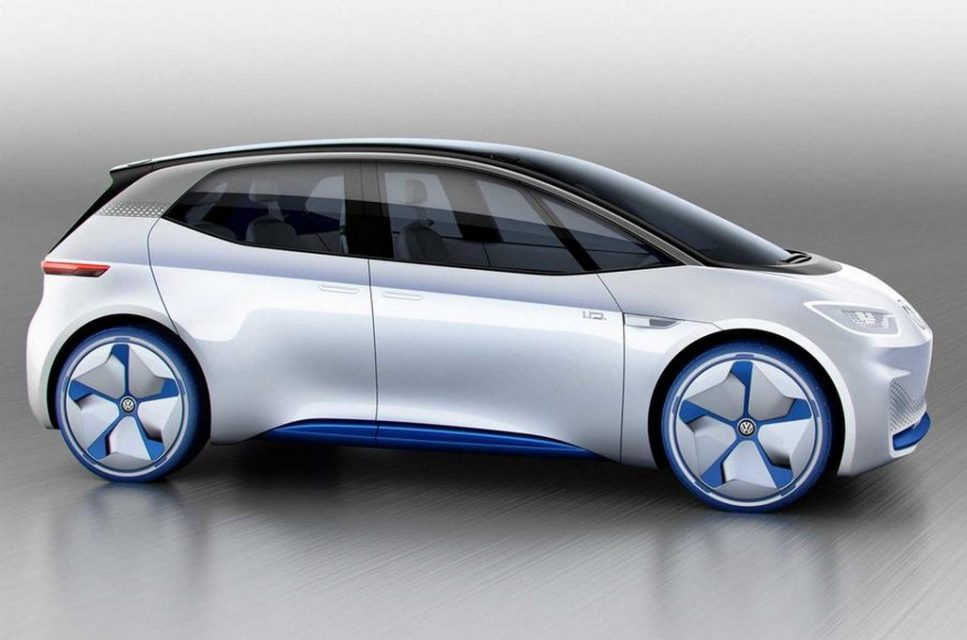 With the battery packaged at the rear, the void space up front enables a tight turning circle of 9.9 metres and claims to have easy urban maneuverability. It previews the modular electric platform, fully autonomous driving functions coming out in next decade and mainly the design ethos Volkswagen will follow when the production EVs roll out. It comprises of a multi-functional steering wheel that settles within the dashboard when autonomous driving is engaged. 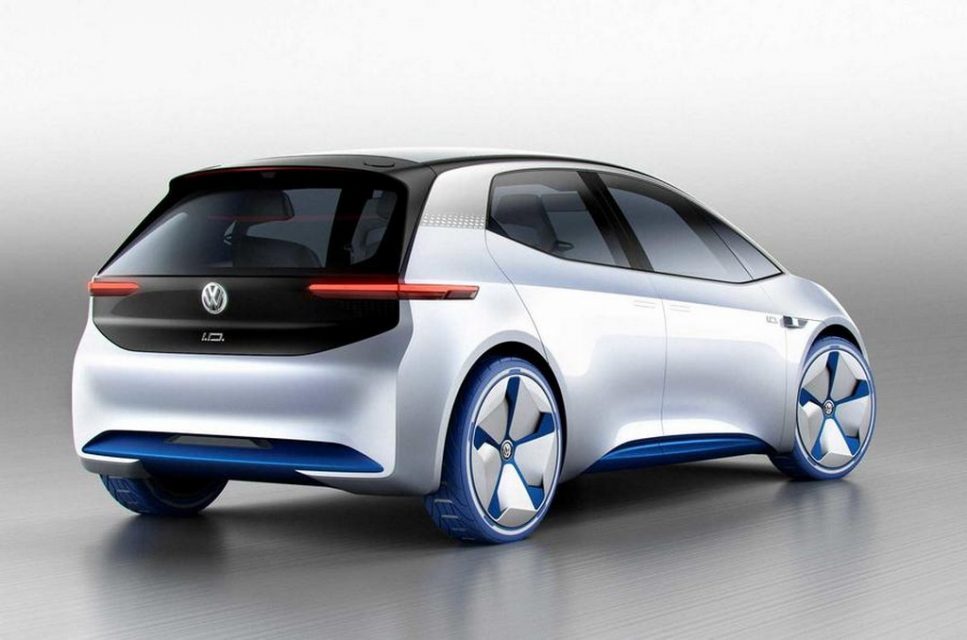 Proportionally bigger than the existing Golf, it has a wheelbase of 2,880 mm. Some of the innovative features are interactive LED headlamps resembling the opening and closing actions of human eye. For instance, the headlamp has design of eye closing when parked and blink when cranked up. The VW logo is lit in white while other elements like bumper, diffuser and side sills are blue shaded. With a four-seat cabin as spacious as a Passat, the ID concept offers up to 980 litres of bootspace when the rear seats fully fold.

It existing relies on unibody construction techs with hot formed high strength steel, aluminium and magnesium for lower production cost. Underpinned by the newly developed MEB (Modular Electric Architecture) platform debuted on the Budd-e concept, the ID composes a 125kW brushless electric motor housed within the rear axle. With multi-link rear suspension, the ID has 48:52 weight distribution and battery can charge up to 80 percent within 30 minutes.