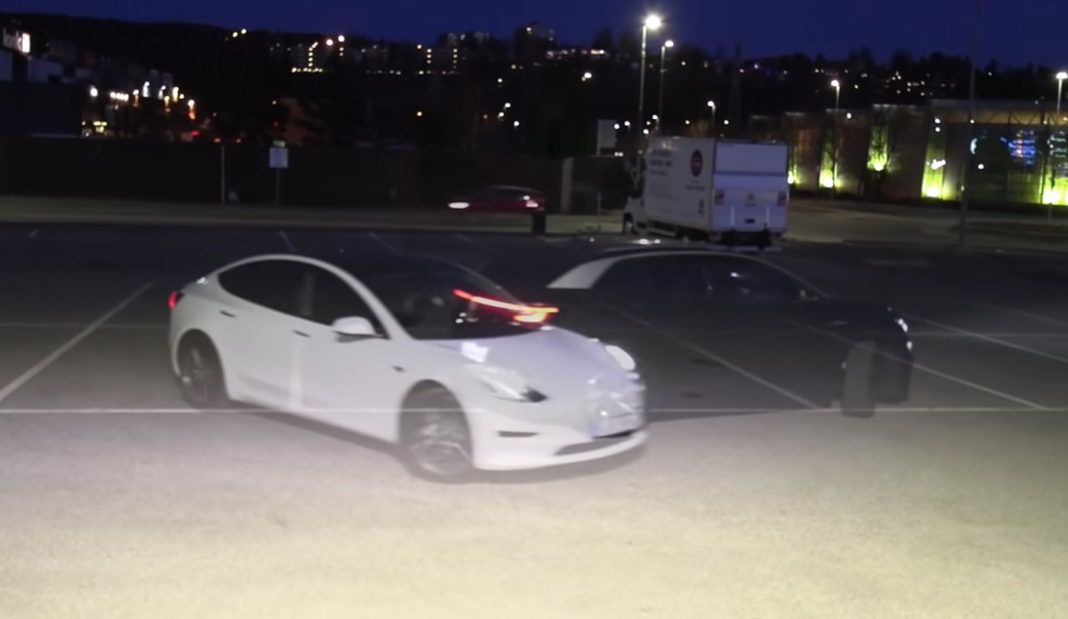 Volkswagen ID.4 is expected to be launched in the Indian market next year, and could become the brand’s first pure EV in the country

The Volkswagen ID.4 was revealed in the production-ready form in the second half of last year, followed by a launch in foreign markets. Volkswagen is also planning to introduce the ID.4 in the Indian market, and recent reports suggest the German carmaker is planning to launch the EV here next year.

While the ID.4 is being praised worldwide for a range of reasons, one of them is its very small turning radius of just about 10.2 m or 33.5 feet. This is an exceptional outcome, and will surely make big differences in tight spaces. Volkswagen said that it has invested a great amount of expertise in the chassis of the ID.4 – in both the mechanical components and the electronic control system.

In the video, we see that the ID.4 was able to turn around while using the width of three parking spaces, while the Model 3 took around 4. However, it will be interesting to see how an all-wheel drive Model 3 or Model Y performs against the Volkswagen ID.4.

Talking about the India-bound ID.4, we expect Volkswagen to offer the car in India with a sole RWD powertrain with a rear-mounted synchronous electric motor. The electric motor could produce 204 PS of max power and 310 Nm of peak torque which is capable of propelling the electric SUV from 0 to 100 kmph in 8.5 seconds.

As per the WLTP test cycle, the 77 kWh battery pack offered with the ID.4 is good for a 520 km driving range on a single full charge. The battery pack can be charged with an 11 kW AC charger, while a 125 kW DC fast charger will provide a range of 320 km in just 30 mins of charging.