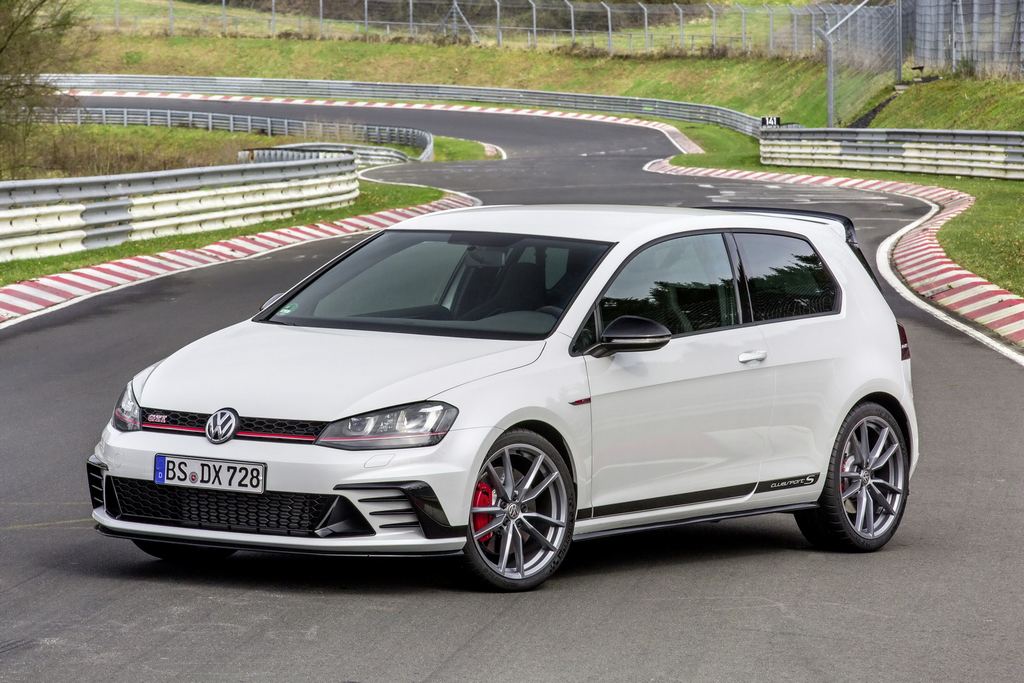 Volkswagen is all set to celebrate the 40th anniversary of the iconic Golf GTI at the 35th edition of the GTI Meet in Lake Worthersee this weekend in front of thousands of fans. The highlight of the festival will be the most powerful GTI ever made, the all-new Golf GTI Clubsport S. Also on display will be the Golf GTI TCR from VW Motorsport division, the 330 PS race car that will compete in the TCR international touring car series.

The German manufacturer will have all the seven generations of the evocative GTI models showcased in Reifnitz, from the original icon that came as a secret project in 1976 and to the latest GTI and GTI Clubsport. The company’s Wolfsburg apprentices have specially made two one-off and highly powerful GTIs (400 PS Golf GTI Heartbeat and 350 PS Golf R Variant Performance 35) that will greet the fans flocking to see the event unfold. 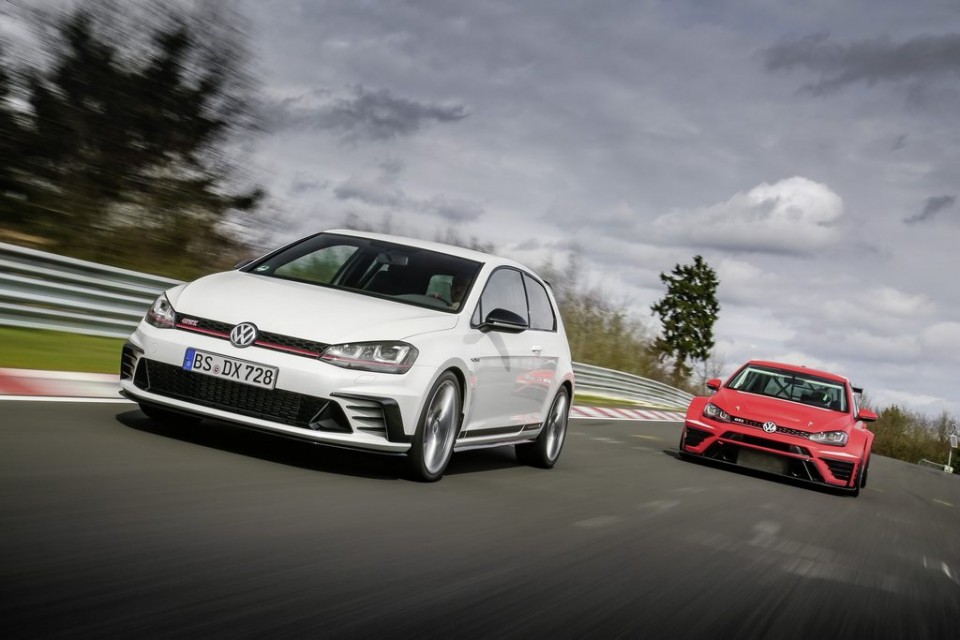 Only 400 units of the Golf GTI Clubsport S will be built by VW as it’s the most powerful production Golf from the brand as of yet – 100 are destined for German market. The three colour offerings are Pure White, Tornado Red and Deep Black Pearl. The engineers didn’t just stop by adding more power as there has lot gone into the car to make it track-focussed and hardcore. It shattered the Nurburgring record set by Civic Type R by more than a second and became the fastest ever FWD production car at the Green Hell with the time of 07:49.21 s. Here’s the onboard footage of the record-setting lap:

The sprint from o to 100 kmph is achieved in just 5.8 seconds, good enough to give some dedicated sports cars sleepless nights and is a whopping 0.7 seconds faster than the regular GTI. It can top-out 164 mph (265 kmph) and tips the weighing scale at just under 1.4 tonnes with the driver. It will be offered only with a six-speed manual transmission to save weight. 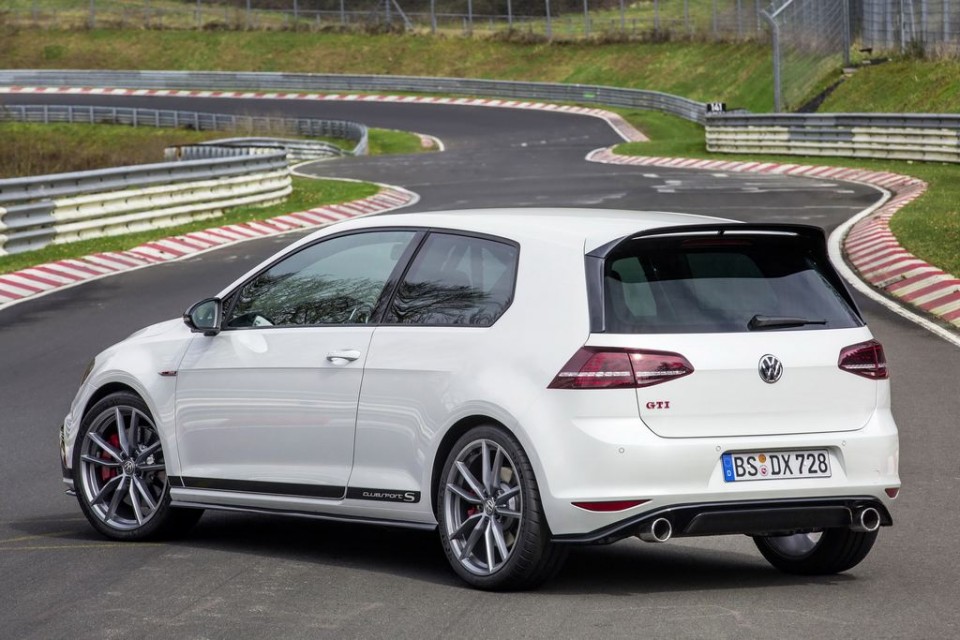 More weight saving measures as the sound deafening materials are snubbed and the back seats are removed of the two-door performance-hatchback with a rear strut brace fitted in place. This trimmed a total of 30 kilograms and the chassis was fine-tuned to stick around the track at optimum speed. 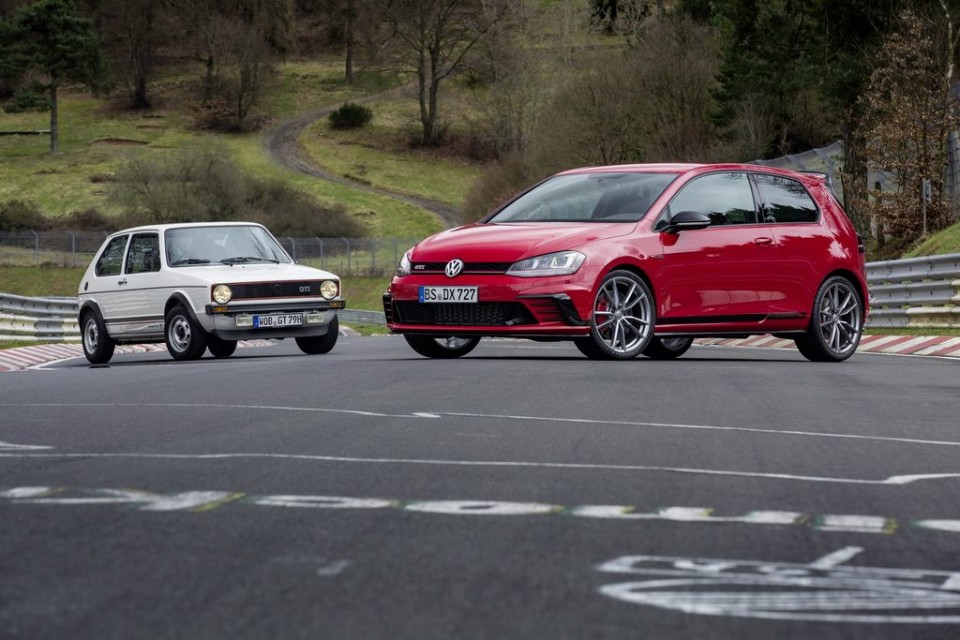 Standard is the Michelin Pilot Sport Cup 2S rubber wrapped around the 19-inch Pretoria alloy wheels with a new exhaust system measuring 65 mm in diameter. The backfiring and the thudding sound under braking are tuned into beautiful notes through the larger twin exhausts.

The front (to gain negative camber) and rear axles (to be more planted) are modified for improved grip and the 17-inch brakes have been tuned to manage the increased temperature differences under heavy braking. The Clubsport S is equipped with standard ESC (Electronic Stability Control) and the e-diff lock has been re-configured to avail extra whoop in handling. 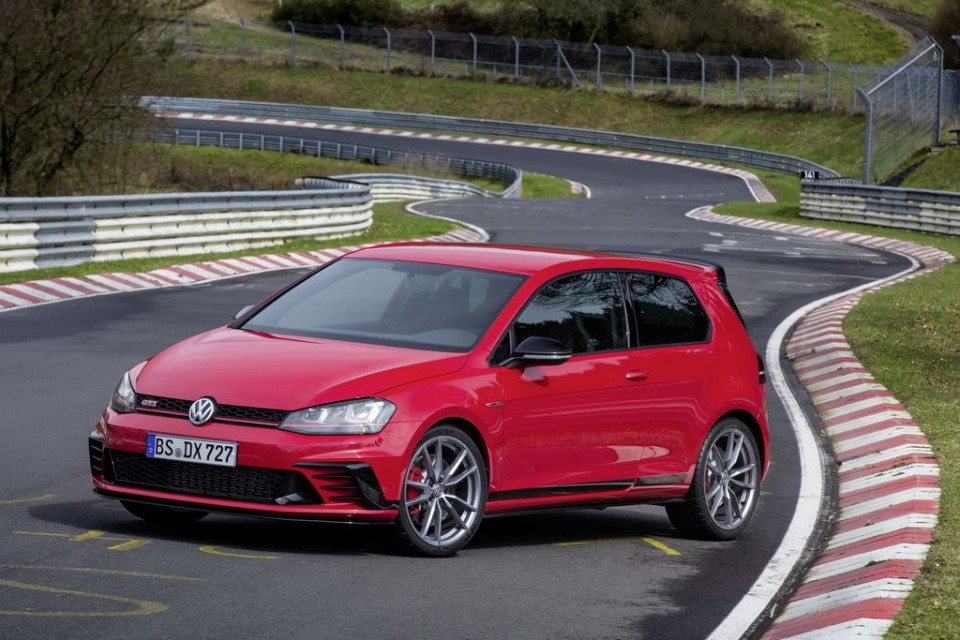 The mechanical prowess is due to the 2.0-litre four-cylinder turbocharged remapped engine from the TCR racer making 310 PS and 380 Nm of peak torque. On the inside, the production number of the car will be showed alongside the presence of the signature elements like the golf-ball gear lever with Alcantara touches on the steering wheel, accents on piano black and a contrast red line in strapping belts.