Volkswagen is testing a new variant of its Ameo sedan that is expected to be christened as Ameo Sport. Test mules of the car have been spotted on roads in Maharashtra giving us a clear view of the model. As it appears, the Ameo Sport takes design inspiration from the Ameo Crest special edition model and wears some cosmetic updates across the body.

It is not sure, if the Ameo Sport will be available in limited number or not. But, we can hope to learn more about it in coming days. Speaking about the cosmetic updates, this sedan boasts a black roof, black body decals positioned at the bottom of the doors. Also, there are black lip spoiler, black garnishing on the boot lid. 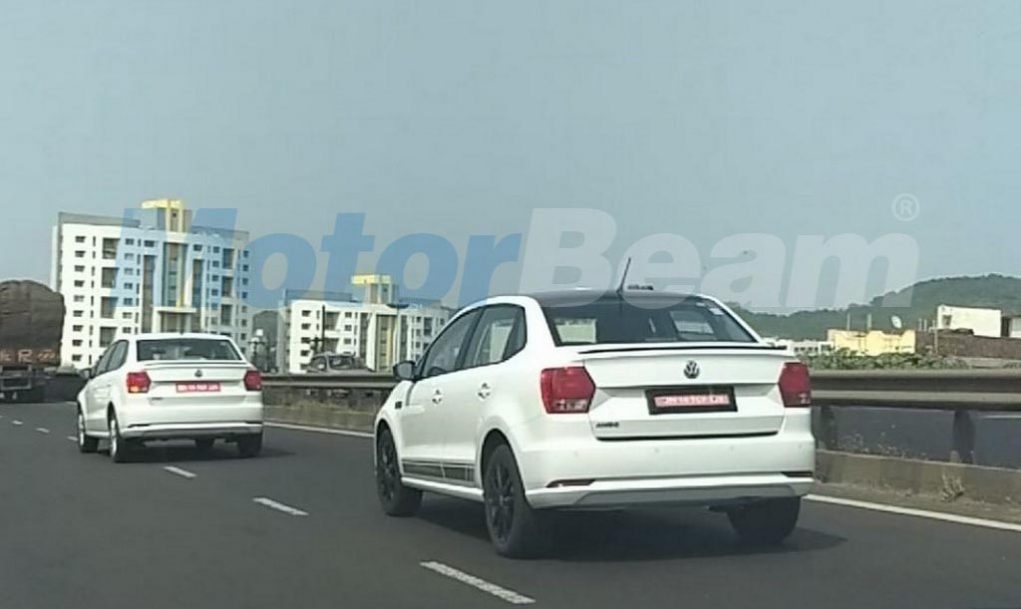 The Volkswagen Ameo Sport runs on black alloy wheels adding zing to the sedan. Interestingly, the body decals and the black boot lid garnishing available in Ameo Sport were part of the Ameo Crest special edition as well. Expect the interior to receive some change as well. It could don new seat and upholstery materials, while new colour theme could be added as well. 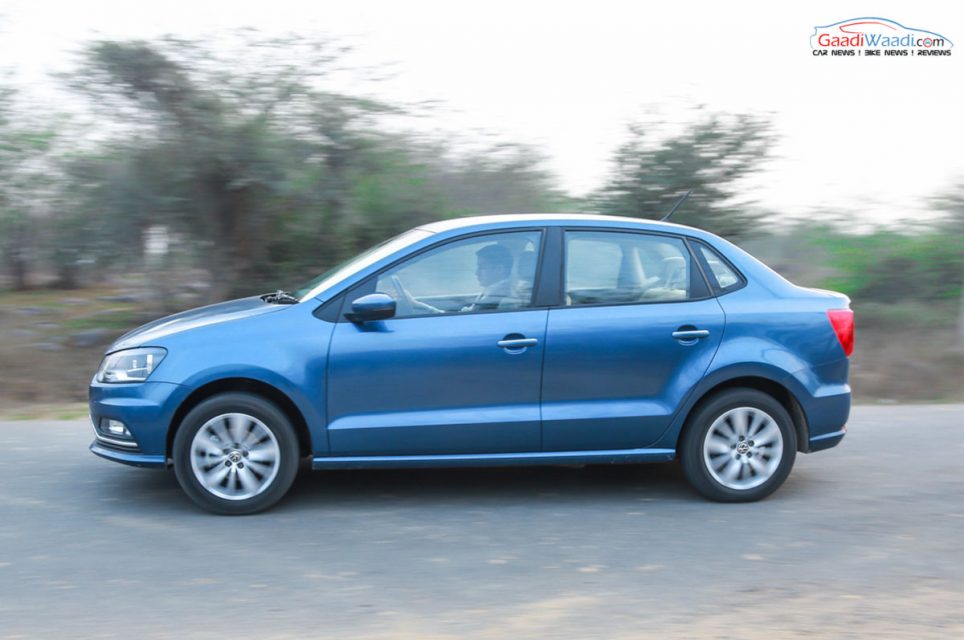 Transmission options include a 5-speed manual gearbox and there is a 7-speed DSG automatic unit on offer with the diesel powered model. We hope, Volkswagen will offer the Ameo Sport in both petrol and diesel engine options.

It is likely to be based on the top trims of the regular model. Expect the car to launch at the end of this year or in early 2018. Upon arrival, it will compete with Ford Aspire Sports Edition. The Ameo Sport is likely to be priced slightly higher compared to the standard model.
Source: Motorbeam