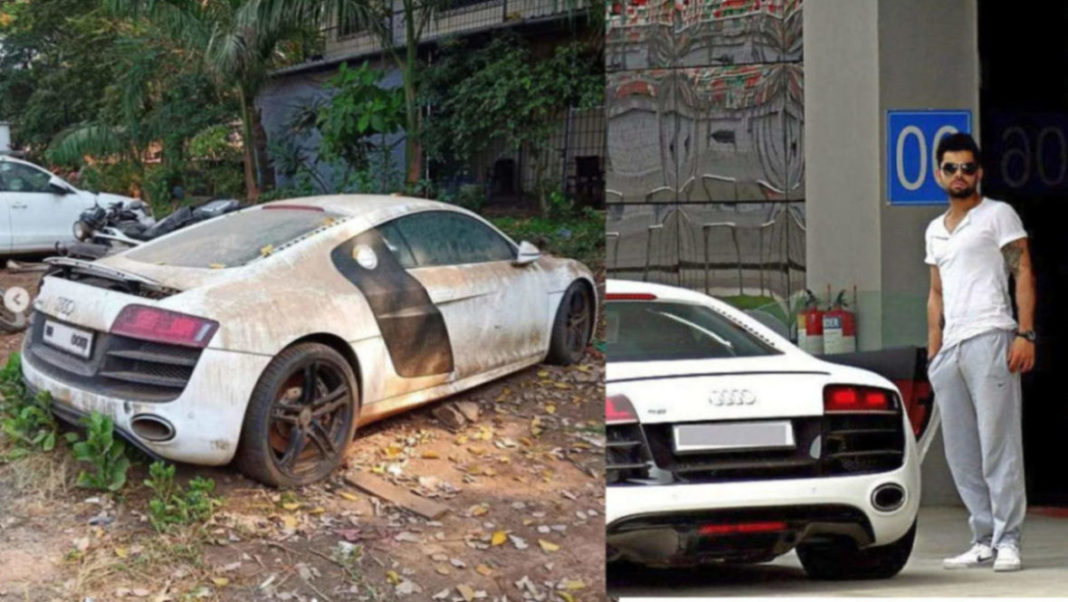 Most of the celebrities are well known for flaunting their luxury with the cars they own while only a few have definitive enthusiasm towards them. One such is Virat Kohli who is the brand ambassador for Audi in India. He has an admiring collection of the Ingolstadt-based cars, which included a white coloured R8.

His current garage has top-notch models like Audi Q7, RS5, RS6, A8 L and R8 V10 LMX. Kohli does own cars from other luxury brands like Bentley and Range Rover and paparazzi do catch him driving the latter in recent times. The ace batsman often showed his adoration for luxury cars and was found lapping the Buddh International Circuit a few times.

The R8 sportscar is a possession of many celebs not just in India but also across the globe and it has featured in many blockbusters. The formidable Indian skipper appeared to have been really fond of his machine and was seen driving around to places more often than not in the days gone by. 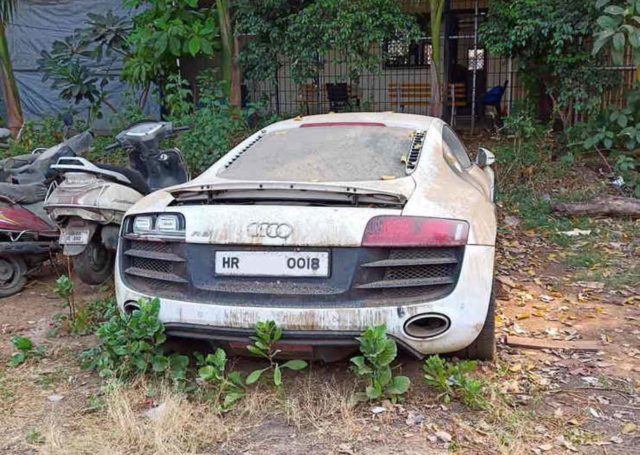 So, what was the real state of his Audi R8 V10 you wondered? And as you might have guessed from the picture posted here the sportscar was not really in a good condition and what would be the real reason behind it? It has been left abandoned in a police station in Mumbai. But how did that happen?

In fact, Virat Kohli has got nothing to do with the poor state of the R8. He sold the model more than two years ago and was purchased by Sagar Thakkar for one fourth of its original price before he got involved in a fraudulent case. The car was impounded by Mumbai police as he fled for sometime.

It is believed that the car had been through floods and was left stranded to no avail. This is not the only abandoned luxury car at police warehouses in India though as you could see high profile machines left for dead more often and somebody has to do something about it instead of ending their lifecycle in no time. Perhaps auctioning them would help the deed!