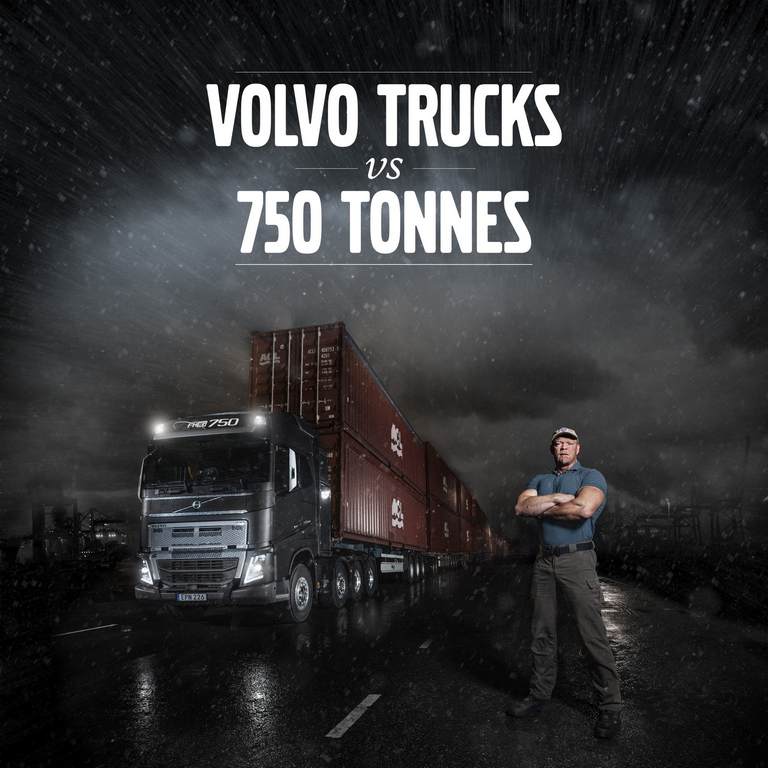 Volvo FH16 truck has done the unthinkable in a stunt video by pulling a scarcely believable 750 tons. The I-Shift crawler gear system recently introduced, offering superior starting traction, can move and transport gross weights of up to 325 tonnes but the company decided to up the ante even further as an added more than 425 tons would tried to be hauled in a footage.

Volvo Trucks aimed at covering a distance of 100 metres with the help of rig while pulling 750 tons. This test is testament to the FH16’s hauling capacity as well as the strength and rigidity of the goods movers. The video was shot in the Port of Gothenburg in Sweden and forty containers brimmed with Volvo spare parts were staged to format a train of boxes stretching to 300 metres. 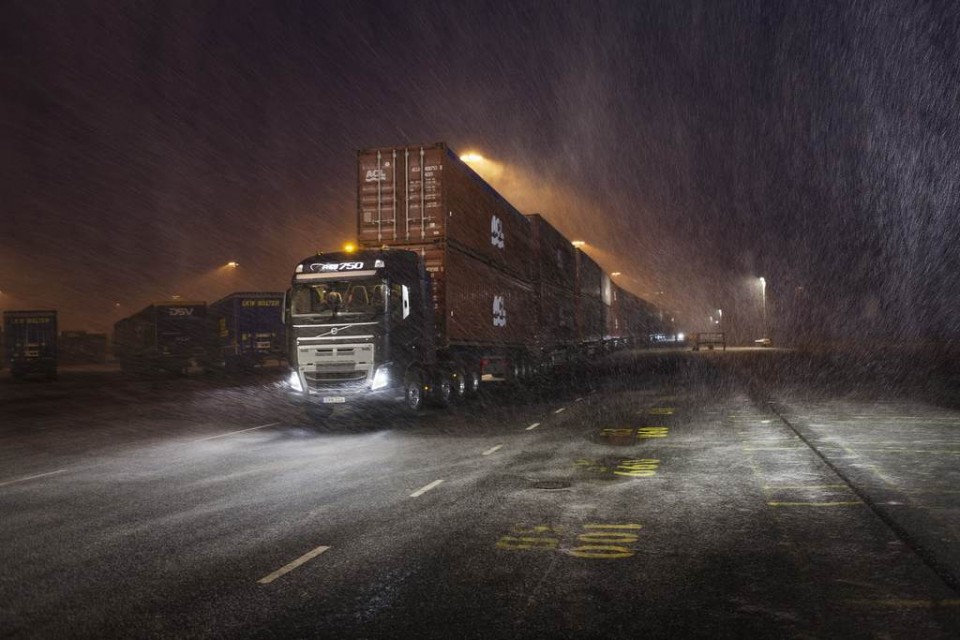 They used a FH16 750 tractor unit from Volvo and for which the crawler transmission helps in driving as slow as half kilometre per hour to transport huge loads in difficult surface conditions. Moving a 750 ton weight is not an easy task as one instance of coupling, clutch or the transmission breakage is enough to spoil the entire system. 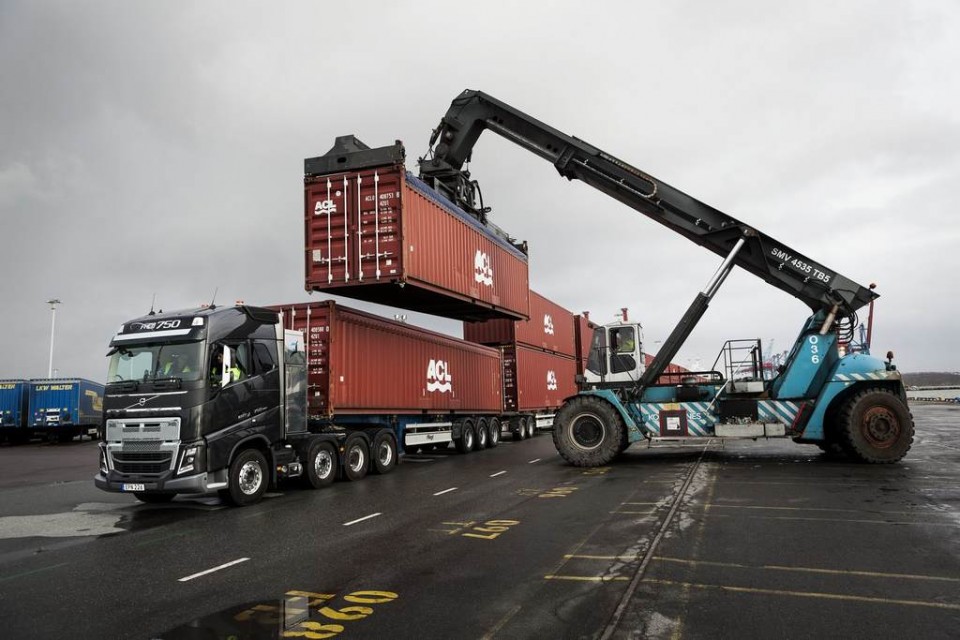 The stock driveline coupled with the standard Volvo FH16 truck were put to the heavy test by only knowing the theoretical calculations and the real-time working experiment could go either way. Magnus Samuelsson, the 1998 World’s Strongest Man competition winner, was behind the wheel to complete this amazing task. Here’s the link to the video where you can see how the awe-inspiring stunt unfolded:

Volvo Trucks North America had its 100,000th truck delivered yesterday equipped with the I-Shift AMT (Automated Manual Transmission). The Volvo VNL 670 model was issued to Watkins & Shepard Trucking as over 575,000 I-Shifts were sold globally, the Swedish maker said in a statement. It accounts to 83 % of the total sales in NA as the I-Shift technology was made standard on all Volvo trucks since 2013.