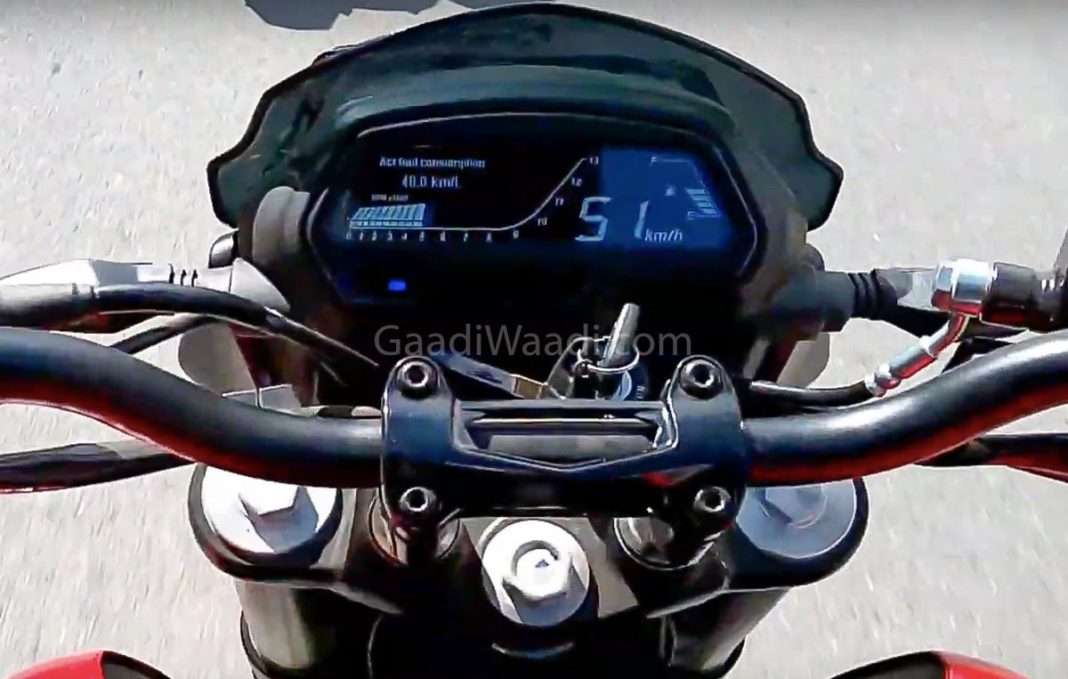 Only recently we reported that Bajaj will most probably launch the updated Dominar 400 in India towards In February 2019. The motorcycle was spotted a couple of times last year while it was being tested. Now just before a few days from its launch, a new video is uploaded on YouTube that reveals a lot of new information about the soon to be launched motorcycle.

The primary cluster, on the other hand, will offer additional information like a side stand indicator warning, service reminder and kill switch on etc. The conventional telescopic front forks of the motorcycle have been replaced by an upside down unit. While the spied images of the motorcycle previously revealed that it gets a larger radiator grille for better and faster engine cooling while the belly pan also has been redesigned too.

The power cruiser will also likely get some performance updates as well. The Bajaj Dominar 400 is currently powered by a 373.3cc single-cylinder, liquid-cooled engine, which produces about 35 PS of peak power and 35Nm of peak torque. The engine is mated to a 6-speed gearbox.

There is a fair chance that the soon to be launched 2019 Dominar 400 might also get the ride-by-wire technology and DOHC from KTM bikes. We will definitely update you with all the details once Bajaj officially launches the motorcycle in India.