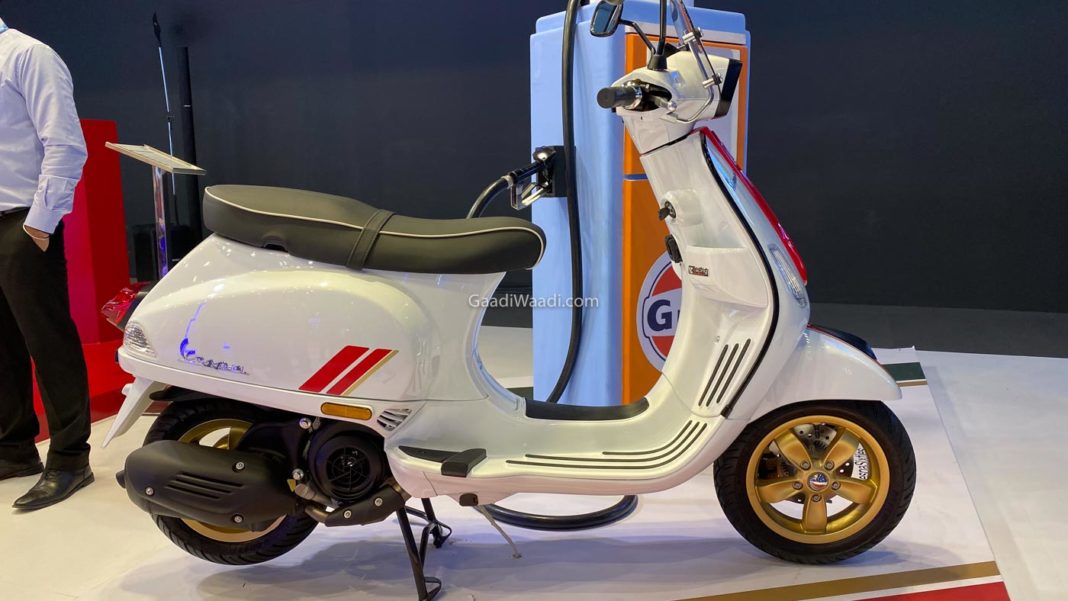 Piaggio India has announced that it will be launching the Vespa Racing Sixties edition on September 1 in the domestic market following its debut nearly seven months ago at the 2020 Auto Expo in Greater Noida. The Vespa Racing Sixties will be a limited production run model and is expected to be priced at around Rs. 1.35 lakh (ex-showroom) upon arrival.

Based on the BSVI version of the Vespa SXL 150, it will carry a premium price tag and its launch was expected to happen in March 2020 in the first place. The delay in launch is mainly attributed to the difficult social and economic conditions that have been prevailing across the country since the health crisis broke out earlier this year.

The upmarket scooter derives power from a 150 cc single-cylinder three-valve fuel-injected engine. It is good enough to generate a maximum power output of 10.32 bhp at 7,600 rpm and 10.6 Nm of peak torque delivered at 5,500 rpm. It runs on a 11-inch front and a 10-inch rear wheel while a 200 mm front disc and 140 mm rear disc brakes are being utilised for stopping purposes. 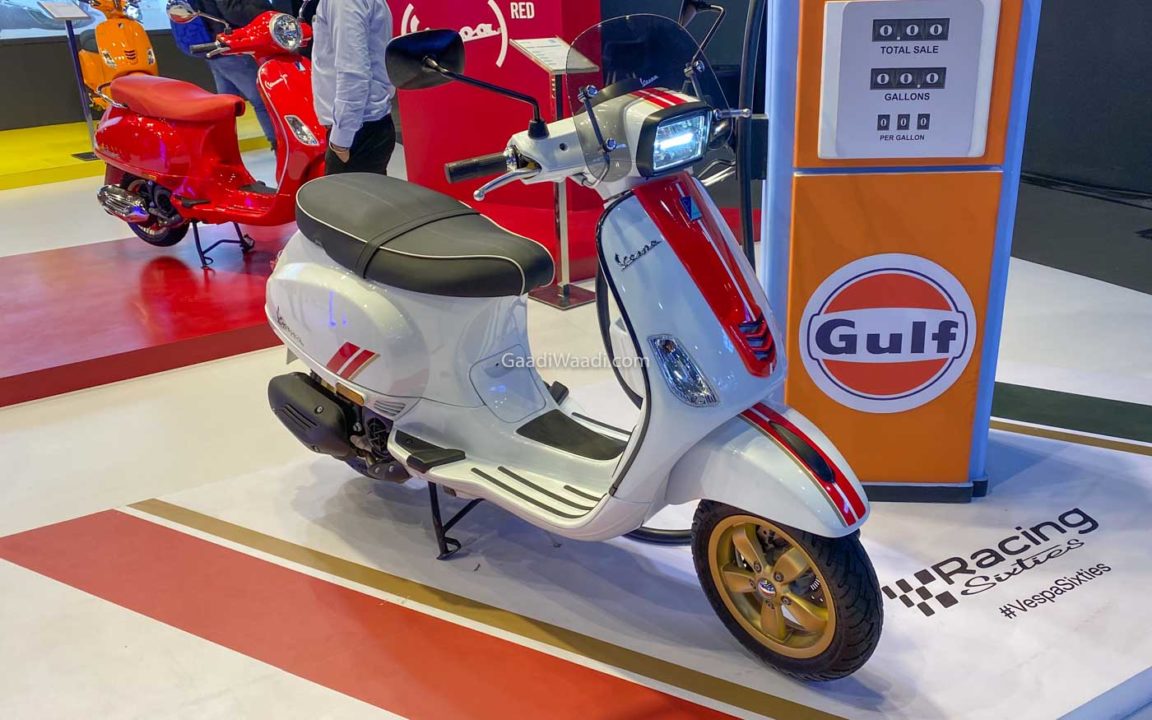 A single-channel ABS system will also be offered for the betterment of safety. Some of the notable features in the Vespa Racing Sixties special edition are LED Daytime Running Light, USB charger, LED headlamp, LED turn signals and LED tail lamp along with the semi-digital instrument cluster. It was displayed alongside the Elettrica and Aprilia SXR 160 scooters at the 2020 Auto Expo.

As for the styling, the Vespa Racing Sixties takes plenty of inspiration from the legendary Vespa liveries found in its motorsport activities back in the 1960s. Additionally, the contrast red and gold highlights will attract customers due to their unique presence and the new white body paint with white piping on the seat and the gold-coloured wheels are other key design updates. 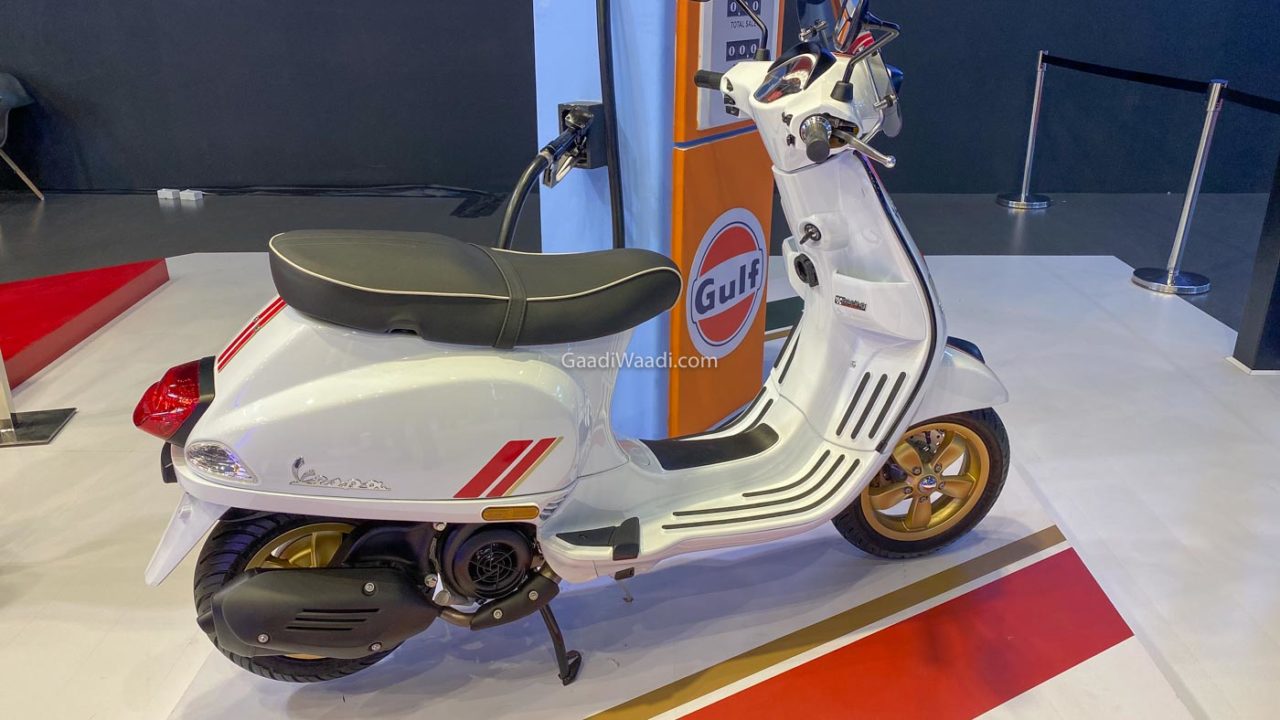 The red racing stripes run from the headlamp and till the front fender through the apron while the exhaust shield, side mirrors and LED headlamp surround are garnished in matte black colour with the windscreen giving a smoked out effect. The chromed exhaust system and light under the seat are other notable features.