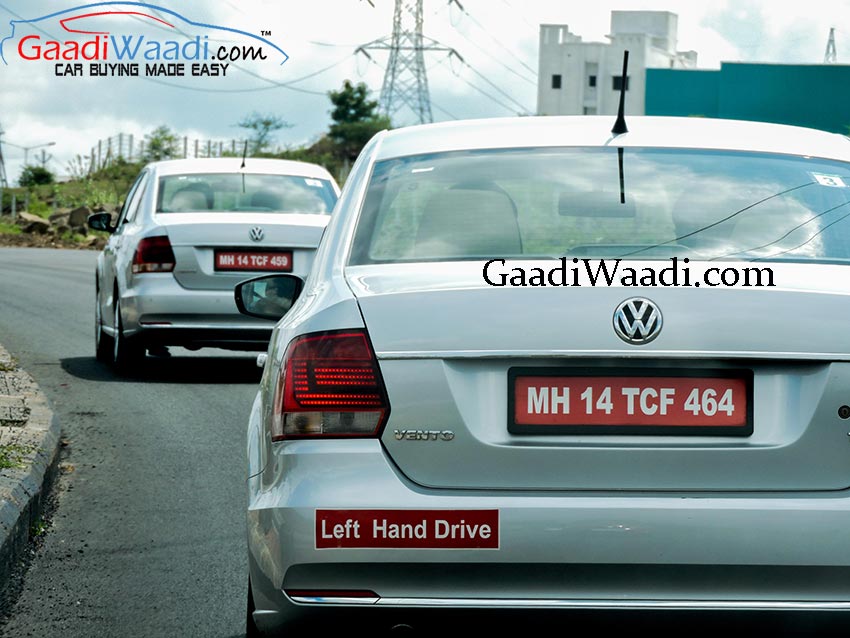 Volkswagen in India is known for refreshing their models every year. The Polo and Vento have many changes in recent year’s, right from just headlight changes to engine revisions every two years since launch.

After launching the 1.5 Diesel last year, another facelift is on its way soon. Despite numerous changes over time Skoda Rapid and Volkswagen Vento have been caught testing again. One Left hand drive Vento spotted while all other are Indian specific model. The Skoda Rapid seen here may have 1.2 TSI engine under the hood as Vento and Polo already have.

Skoda Rapid 1.2 TSi will also get a new interior trim and more features. The 1.2 TSi is the turbocharged petrol engine which produces 105 BHP of power and 175 Nm of torque from its motor and is mated to a 7-Speed DSG gearbox in India.

Manual isn’t available till now. However, it could make its way in the Skoda Rapid 1.2 TSi as it is always projected as the cheaper alternative to the Volkswagen Vento. Volkswagen is also set to get rid of naturally aspirated engines and also throw away torque converter gearboxes aka slush boxes in the dust bin. Hence Skoda Rapid 1.2 TSi can be reality.

The continuous testing of all cars could be a marketing game, but since they have been justified most of the time, we seriously think this time too something is on its way. 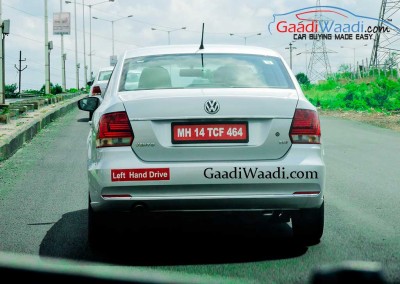 Top-end cars from the brand continue to come as CBU units, such as the Jetta and Passat. Vento launch isn’t far away and whatever comes with the Skoda Rapid it will help Czech car maker continue to cash on it.