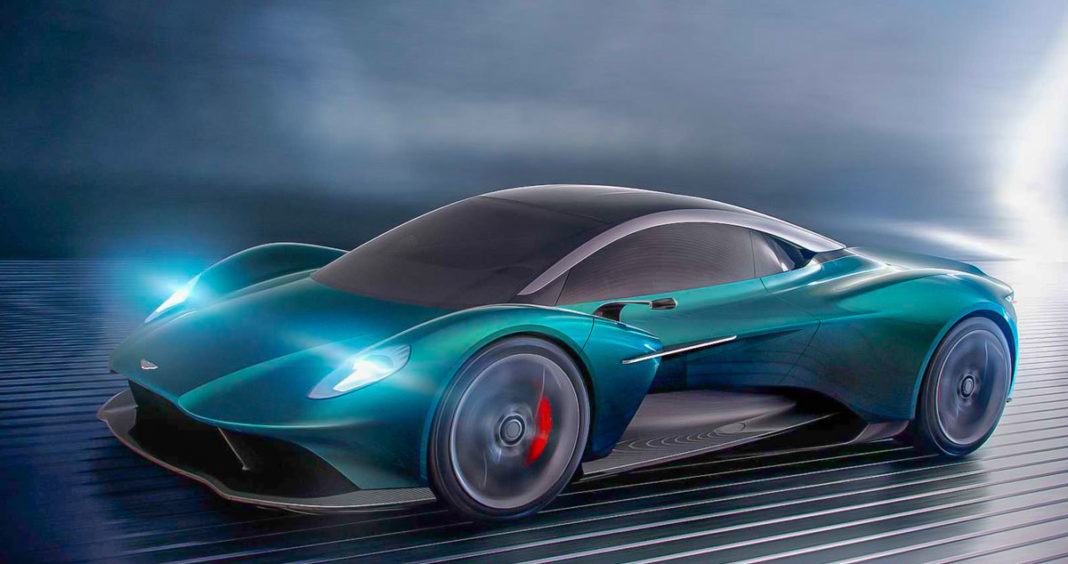 The Vanquish Vision Concept gives an absolute preview of Aston Martin’s first series production mid-engined supercar. The iconic name has been revived finally as Aston Martin is in the process of shaping its fourth model in the mid-engined range following the Valkyrie, Valkyrie AMR Pro and AM-RB 003.

The famed British manufacturer has said that the Vanquish Vision injects Aston Martin into the mid-engined segment with more focus than ever before and the technical highlights in the concept include a bespoke bonded aluminium structure and the new V6 powertrain.

It has been confirmed to enter production in 2022 and is currently on display at Aston Martin’s stall in Geneva. The 89th Geneva International Motor Show saw Aston Martin premiering three models with the first glimpse of the awe-inspiring Vanquish Vision Concept. 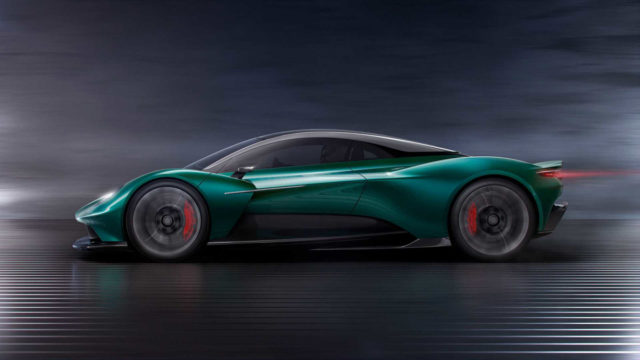 Aston Martin claims that it not only previews the first series production mid-engined supercar but also marks the company’s “most ambitious model” yet. The Vanquish Vision Concept takes the limelight alongside the groundbreaking AM-RB 003 and the Lagonda All-Terrain Concept.

The revival of an iconic nameplate does showcase Aston Martin’s intention to be involved in the fiercely contested mid-engined supercar market, often dominated by the Italian brands. It is also boasted to mark a pivotal moment in AM’s history and is a significant step in delivering the Second Century Plan. 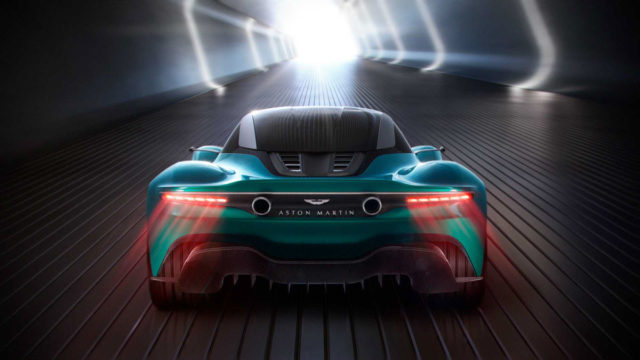 The Aston Martin Vanquish Vision Concept benefits from crystallisation of the philosophy pioneered in the Valkyrie and distilled into AM-RB 003. It is less intimidating and more practical than the AM-RB 003 but has been carefully crafted with aerodynamic efficiency in mind.

The obsession to extract maximum downforce can be seen from its low-slung design. It features distinctive clamshell front fender with openings, less negative as the Valkyrie and AM-RB 003. Amidst capable of being a daily supercar, it will be good enough to chase lap times on a racetrack. 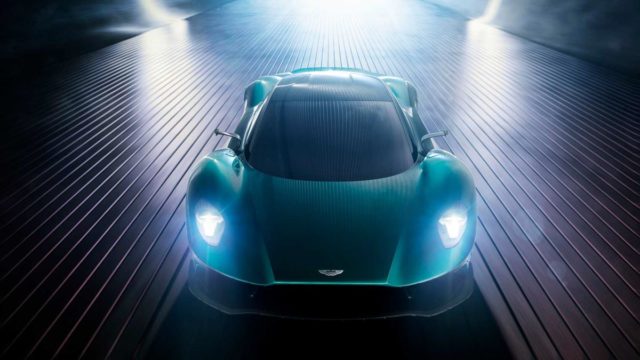 More details will be revealed as the development advances. The production version of the Vanquish Vision Concept will feature a new V6 that will debut in AM-RB 003 in hybrid turbo form. It will also have all-carbon fibre construction with bespoke bonded aluminium chassis.