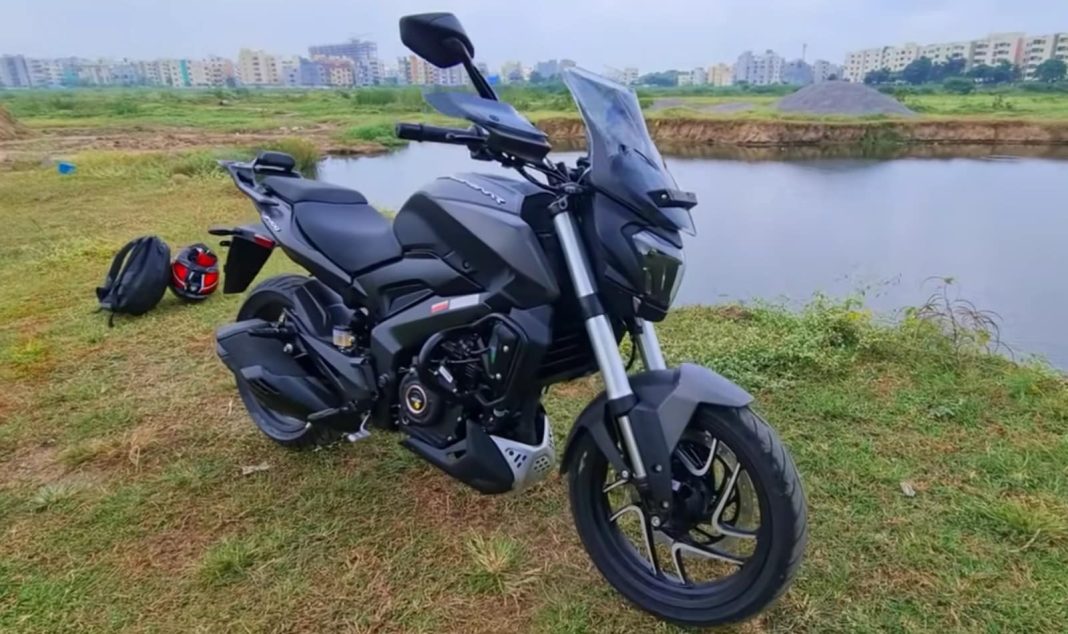 The upcoming Bajaj Dominar 400 update will get a few touring-friendly updates, but the technical specifications will remain unchanged

Bajaj Auto is all set to update its flagship – Dominar 400 – in the Indian market. The new model has already started arriving at dealerships across the country, and we expect its launch to take place in the coming days, likely before Diwali. The changes to the bike are mostly aesthetic, and most of the said changes consist of a touring kit.

The video we have here, posted by Dino’s Vault, gives us a first look impression of the upcoming Bajaj Dominar 400 update. The motorcycle now gets a tall windscreen at the front, to stop windblast at high speeds, and a pair of knuckle guards. The front numberplate holder is of better quality rubber mounts than before, which should reduce vibrations.

Behind the windscreen is a smartphone mounting point, which is also a popular accessory that many current Dominar owners have opted for. The bike also gets a tail rack for a top box, with integrated pillion grab handles and a small pillion backrest. Also, a steel bash plate has been added here, to protect the underbelly when going on bad roads or on off-road terrains.

A USB charging port has been added to the motorcycle, and the crash guard is more secure than before, which are nice practical touches. The reverse LCD instrument cluster (twin-screen setup) remains unchanged. The rest of the motorcycle – suspension, braking system, LED lighting – is the same as the outgoing version as well.

The powertrain of the Bajaj Dominar 400 is not expected to undergo any changes. It gets a 373.3cc, liquid-cooled, single-cylinder engine, which belts out a peak power of 40 PS and a maximum torque of 35 Nm. Transmission duties are handled by a 6-speed gearbox, with a slipper & assist clutch offered as standard. 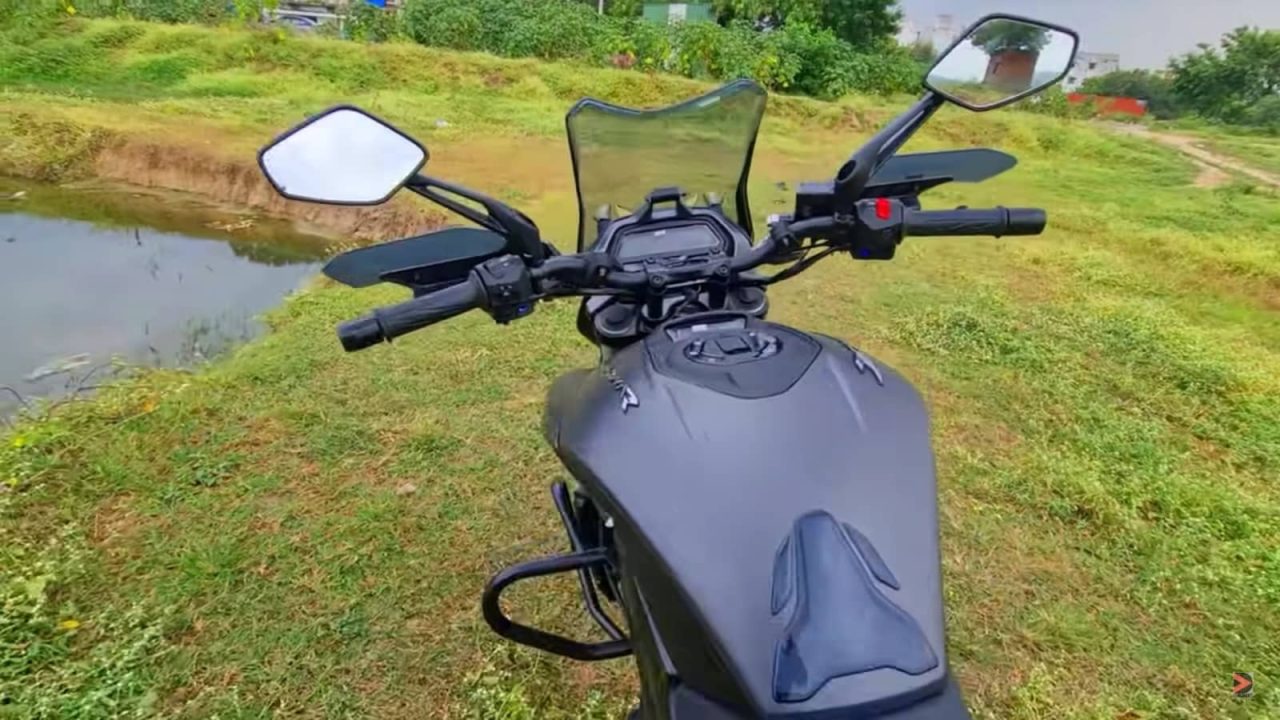 In the video, the host takes the updated Bajaj Dominar 400 for a spin as well. The motorcycle handles itself well, on the mild off-road section as well as the main roads. We expect the updated model to be slightly more expensive than the current version, which retails for Rs. 2.12 lakh (ex-showroom, New Delhi).