2023 TVS Apache RTR 160 4V is expected to feature minor updates with a slight increase in price; could see increased power and torque outputs

TVS Motor Company has been caught testing the updated version of the Apache RTR 160 4V as the test mule carries TN test plate. The highly popular naked streetfighter competes against the recently launched Bajaj Pulsar N160 and Hero Xtreme 160R in the competitive space. The brand has regularly updated the motorcycle over the years to bring a fresh vibe.

However, the performance numbers remained the same as the 159.7 cc, single-cylinder, air/oil-cooled engine is utilised and it kicks out a maximum power output of 17.63 hp and 14.73 Nm of peak torque. It is sold in Racing Red, Metallic Blue, and Knight Black paint schemes. The test mule does not show any major design revisions but the performance could be improved. 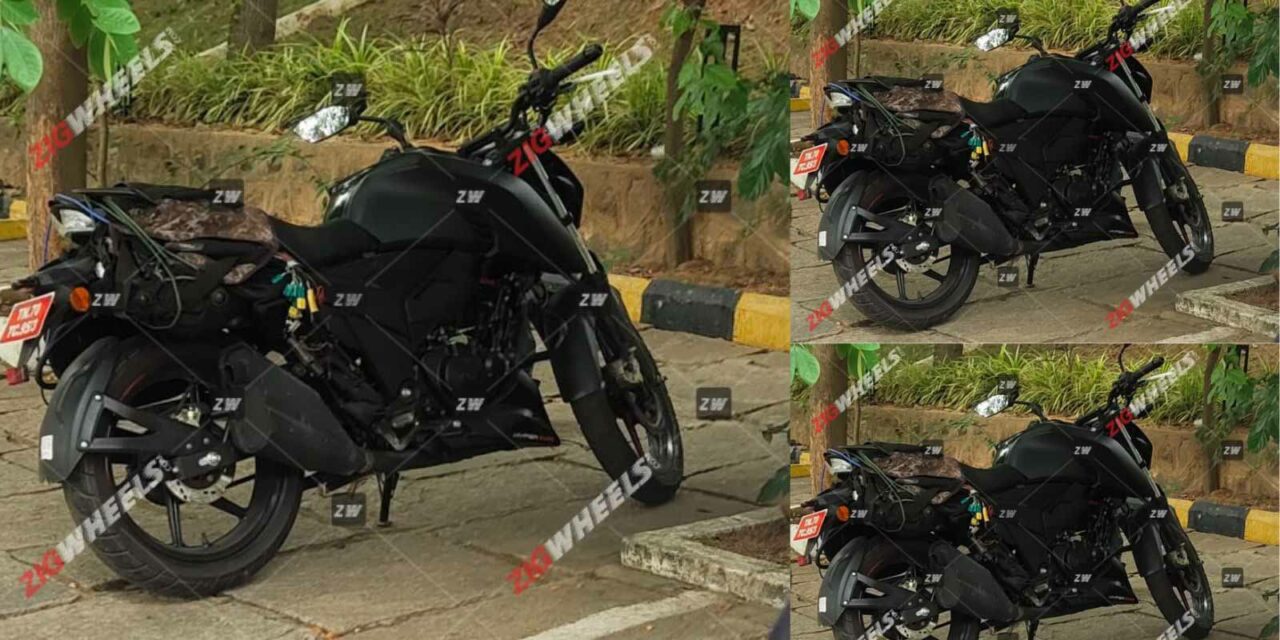 It has been said that the air intake was revised and it could help in upping the power and torque figures and the overall rideability could be better as well. The Apache range is known for its precise handling characteristics, top-notch straight line stability, and sporty acceleration and it will be interesting to see if any of these facets will be improved further.

The prototype also boasts a new exhaust system and it may not make it to the production model. Expect minor changes in prices considering that the update won’t be huge. Currently, the TVS Apache RTR 160 4V is priced at Rs. 1.22 lakh for the base variant and it goes all the way up to Rs. 1.28 lakh for the Special Edition (ex-showroom).

As the Bajaj Pulsar N160 already offers segment-first dual-channel ABS system, the upcoming RTR 160 4V may also go for a better safety net with a price hike of around Rs. 5,000 and perhaps new colour schemes could also be part of the package.