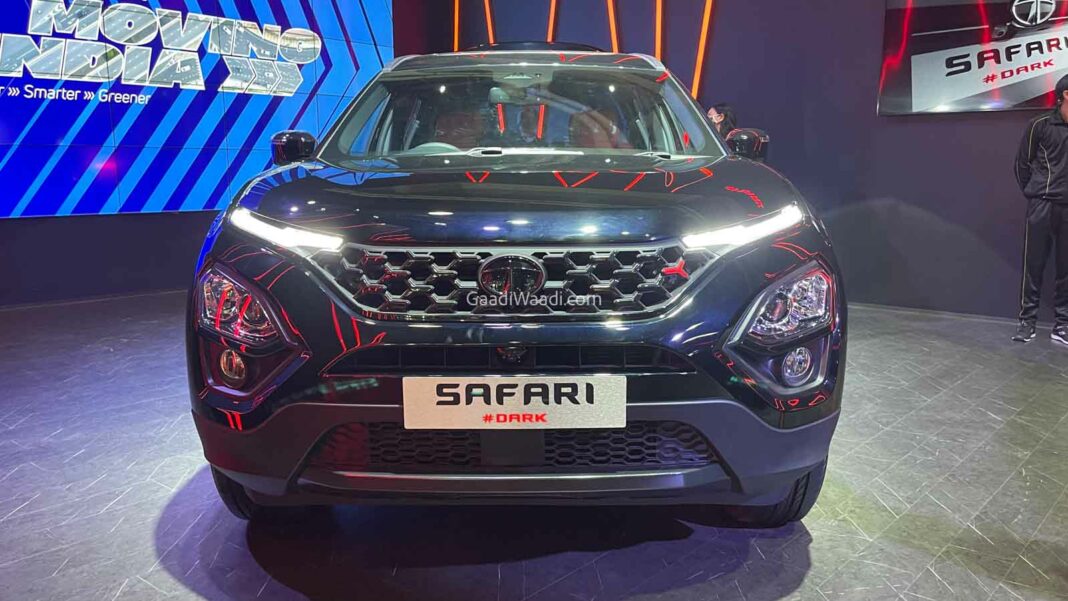 Tata Motors has made a strong impact at the 2023 Auto Expo by showcasing a host of new models and concepts including the near-production version of the Curvv concept, close-to-production Harrier EV, Avinya concept, CNG versions of the Punch and Altroz with twin cylinders at the back, and a range of new technologies and commercial vehicles.

The homegrown manufacturer was expected to debut the facelifted versions of the Harrier and Safari. However, it did not turn out to be the case. In their place, the 2023 iterations of both the midsize SUVs have been displayed in their Dark Edition avatar with minor updates. The exterior continues to have the design elements that we are familiar with since early 2019.

The interior, notably, of the 2023 Tata Harrier and Safari Dark Editions feature a red coloured leather seat upholstery and the same finish can also be seen on the adjustable headrests, part of the centre console, driver armrest and rear centre armrest with its dual cup holders done up in black colour. Another highlight is the presence of a bigger touchscreen infotainment system. 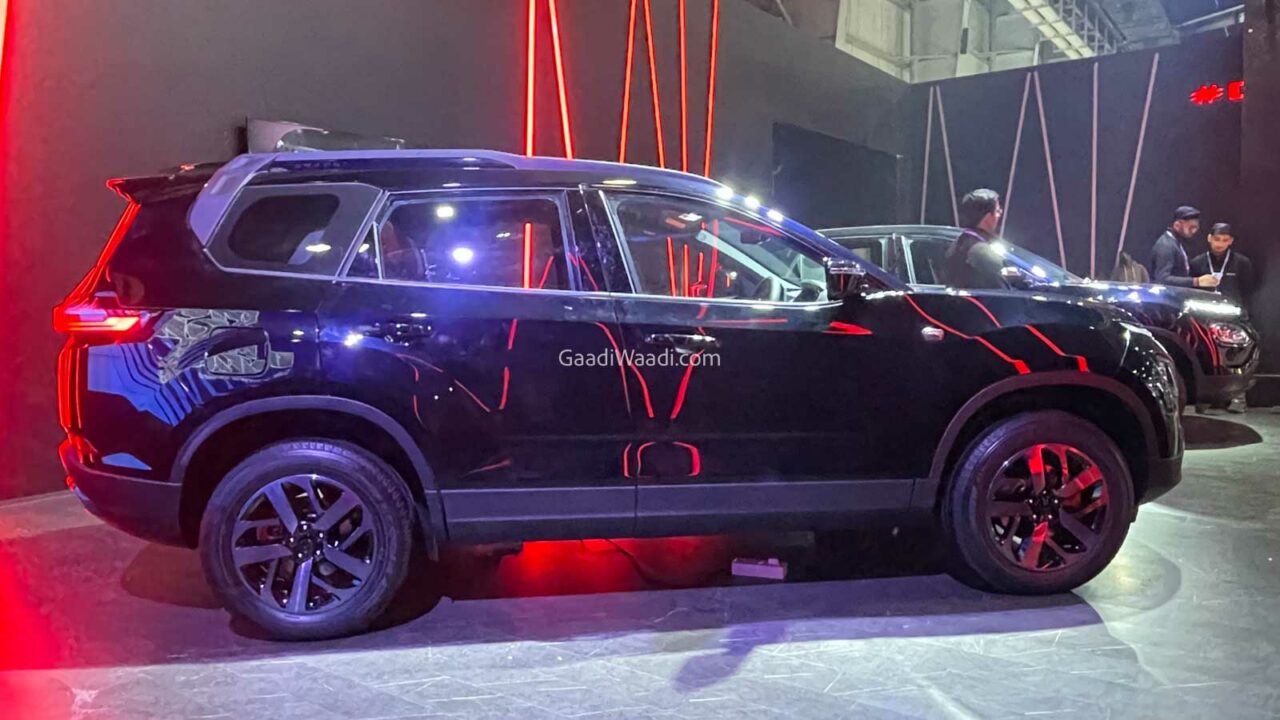 The floating unit enables Apple CarPlay and Android Auto connectivity, steering wheel with mounted controls, a layered dashboard, cruise control, automatic climate control and so on. The Dark Edition’s black colour does garner attention and all the dark-themed exterior enhancements that come with it. You could also see red accent on the Y-shaped grille mesh, Dark Edition badge with red wording and red brake callipers.

The 360-degree camera module on the electrically operable wing mirrors suggests the existence of an around view camera system, and the presence of camera and radar system indicates the inclusion of ADAS based driver assistance and safety features. With no performance changes, the 2.0-litre four-cylinder turbocharged diesel engine continues. 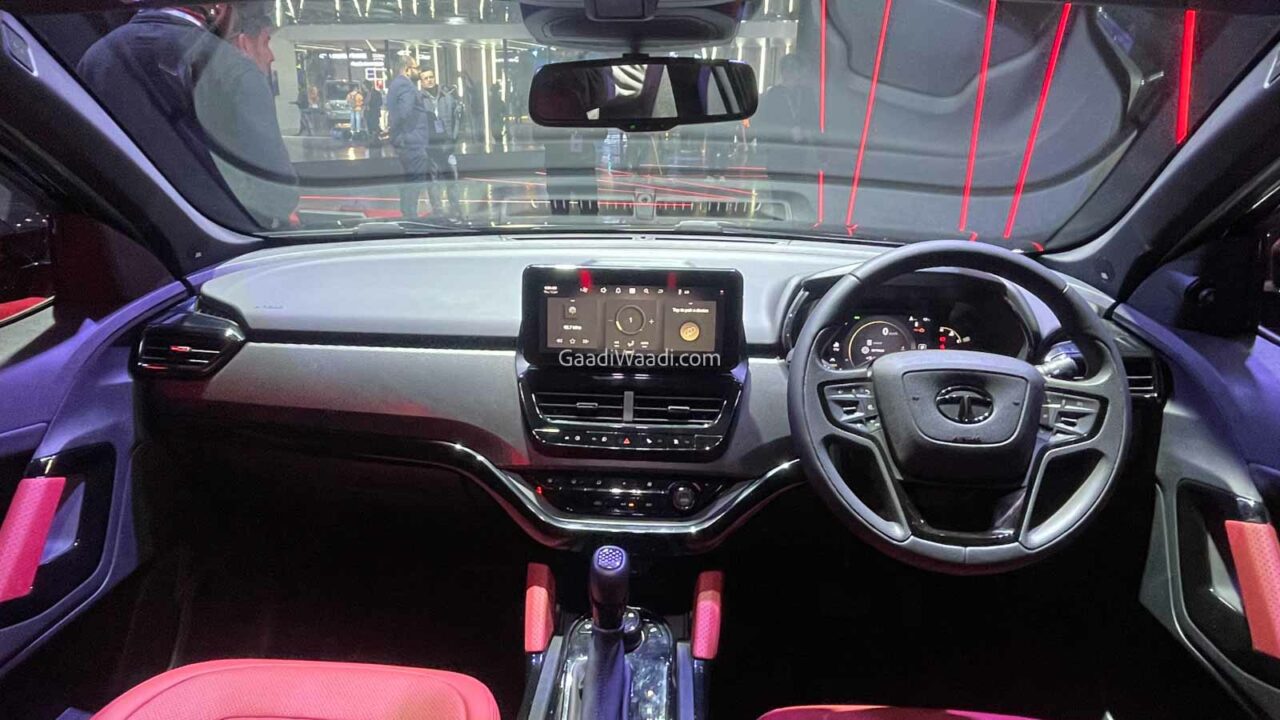 The powertrain is good enough to produce a maximum power output of 170 PS and 350 Nm of peak torque and is paired with a six-speed manual transmission or a six-speed torque converter automatic unit.