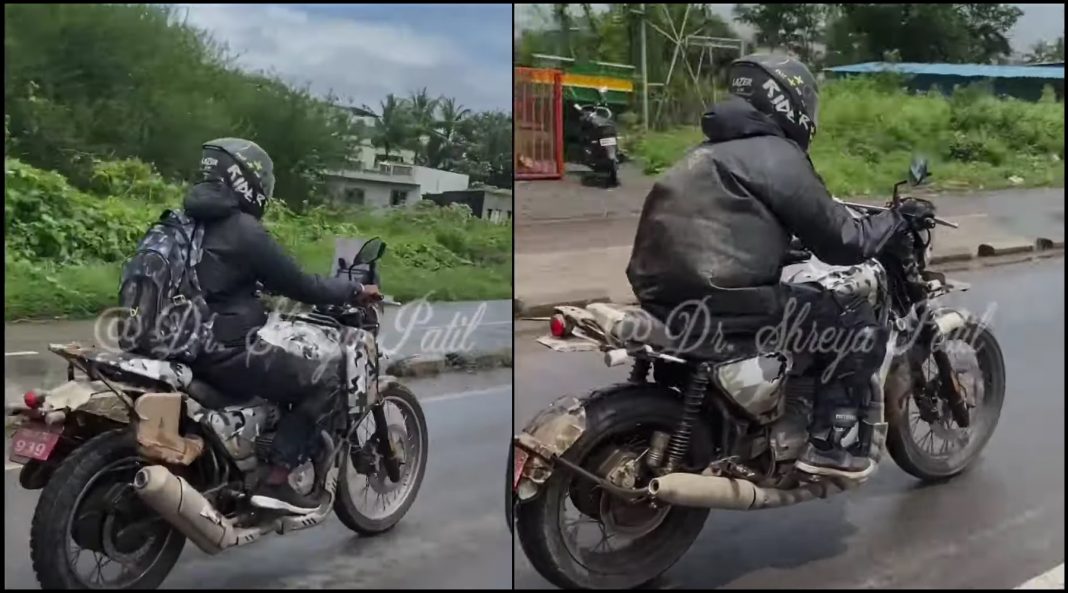 Mahindra & Mahindra-backed Classic Legends will re-introduce the Yezdi brand soon, likely with an ADV and a scrambler as its new first offerings

Classic Legends, the makers of Jawa motorcycles, is planning to revive another iconic brand – Yezdi – soon. Earlier this year, a scrambler motorcycle was spotted testing, which is expected to launch under the name ‘Roadking’, likely during next year. Now, it seems like Yezdi will have another model in its lineup at debut, which will be an ADV.

In India, the adventure motorcycle market space has been booming in recent times. Buyers are looking for excitement on a relatively small budget, and brands like KTM, BMW Motorrad, Royal Enfield, Hero, and Honda have tools that fit the bill. The retro-style genre is extremely popular in India, and the Yezdi scrambler will fall into this segment.

In the spy video below, posted by SUYOG (credited to Abhijit Patil and Shreya Patil), the test models seem like early prototypes. Their frames are exposed at certain places and other features, like the handlebars and seats, don’t seem production-ready either. The instrument cluster seems to be a fully digital unit, and e expect a few other premium features to be available.

We’re not sure about the powertrain of these upcoming models. They could get the same 293cc, liquid-cooled, single-cylinder engine as the Jawa and Jawa 42 (27.33 PS and 27.02 Nm), which would help keep RnD costs down. Another option is the 334cc, liquid-cooled, single-cylinder motor of the Jawa Perak (30.64 PS and 32.74 Nm). Both these engines come mated to a 6-speed sequential transmission.

Upon launch, the Yezdi scrambler (expected to be named Roadking) will go up against the upcoming Royal Enfield Scram 411. As for the Yezdi ADV, its closest rivals will be RE Himalayan and KTM 250 Adventure. There’s no official word about the launch timeline yet, but we expect Yezdi to launch its maiden offerings in the Indian market next year.

Classic Legends is also reportedly working on an electric motorcycle, which will likely arrive in the coming years under one of its brands. Other than that, it is also planning to revive the BSA brand, which is another iconic motorcycle manufacturer like Jawa and Yezdi, although BSA will be aimed towards international markets.