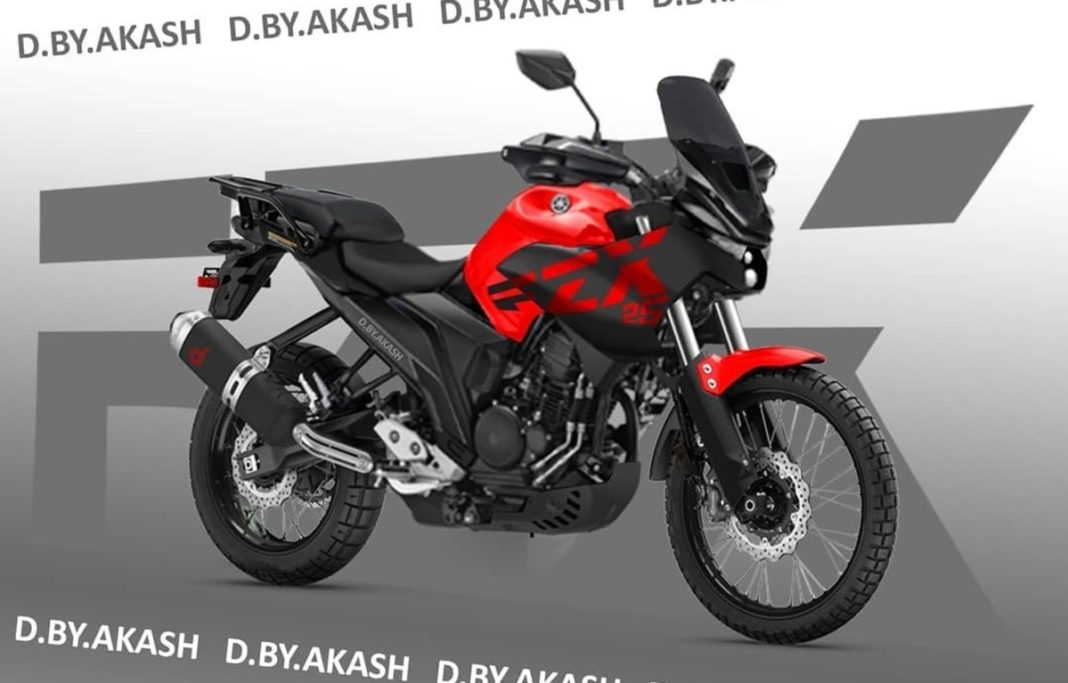 The popularity of adventure-tourer motorcycles is steadily rising in the Indian market, and Yamaha is reportedly planning to join the action

Just before the end of last year, news broke out that Yamaha India had filed a trademark for a new name – FZ-X. It was expected that this name was for an upcoming adventure-tourer motorcycle based on the FZ 25. Here, we have a digitally rendered image which showcases what the bike might look like upon launch.

This speculative render, created by IG user ‘D by Akash’ (@d.by.akash), uses FZ 25 as the base for his design. The headlamp cluster has been slightly redesigned, with two projector lamps instead of one. The bike also gets a tall visor and half-fairing, and the handlebars sport knuckle guards. The front forks are thicker and offer more travel.

The fuel tank remains unchanged, as do the seats, centre panels, and footpegs. A bash plate has been added, to protect the underbelly during off-road excursions, and the bike gets a new exhaust as well. The tail section sports a new fender, along with a tail rack and new pillion grab rails. We also see wire-spoke wheels on both ends, with the front being larger, in typical ADV fashion. The motorcycle gets block-pattern (dual-purpose) tyres on both wheels. 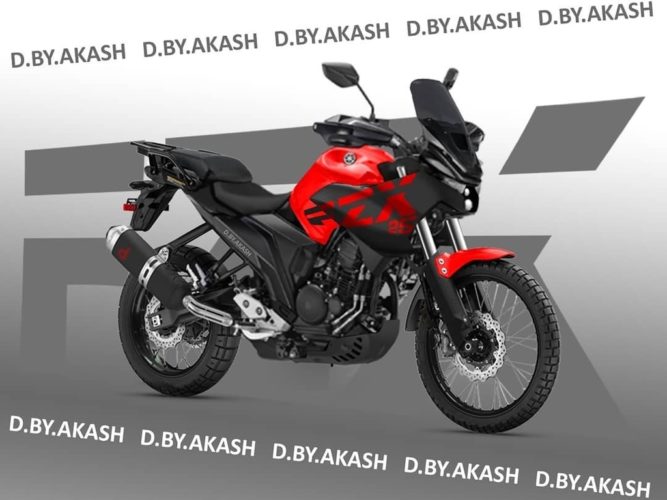 The black and red paint scheme looks nice, and there’s ‘FZX 25’ branding on the fairing. Although there is no official word about the motorcycle, or any clue about its design, this digitally rendered model gives us a potential look at what the production-spec FZ-X might look like. As for the powertrain, it will likely get the same engine as the FZ 25 and FZS 25.

Upon launch, Yamaha FZ-X is expected to rival the likes of Hero Xpulse 200, Royal Enfield Himalayan, and even KTM Adventure 250. TVS is also reportedly working on a new adventure-tourer, expected to be named ‘Raider’, which could also be a potential rival to the FZ-X.