Toyota will host the global premiere of the Innova Hycross in the third week of this month in Indonesia. It will be unveiled in India soon after on November 25 ahead of the public announcement of the prices at the 2023 Auto Expo in January. The upcoming MPV has already been teased a couple of times and plenty of details have also been leaked.

Here we have a couple of rendered images based on the teasers as they give a closer look at what is about to come. The front fascia comprises a hexagonal grille section with thick chrome surrounds and chrome studs are positioned in the middle. The busy bumper boasts horizontal LED lighting elements and wide air dams can also be seen at the centre and the sides. 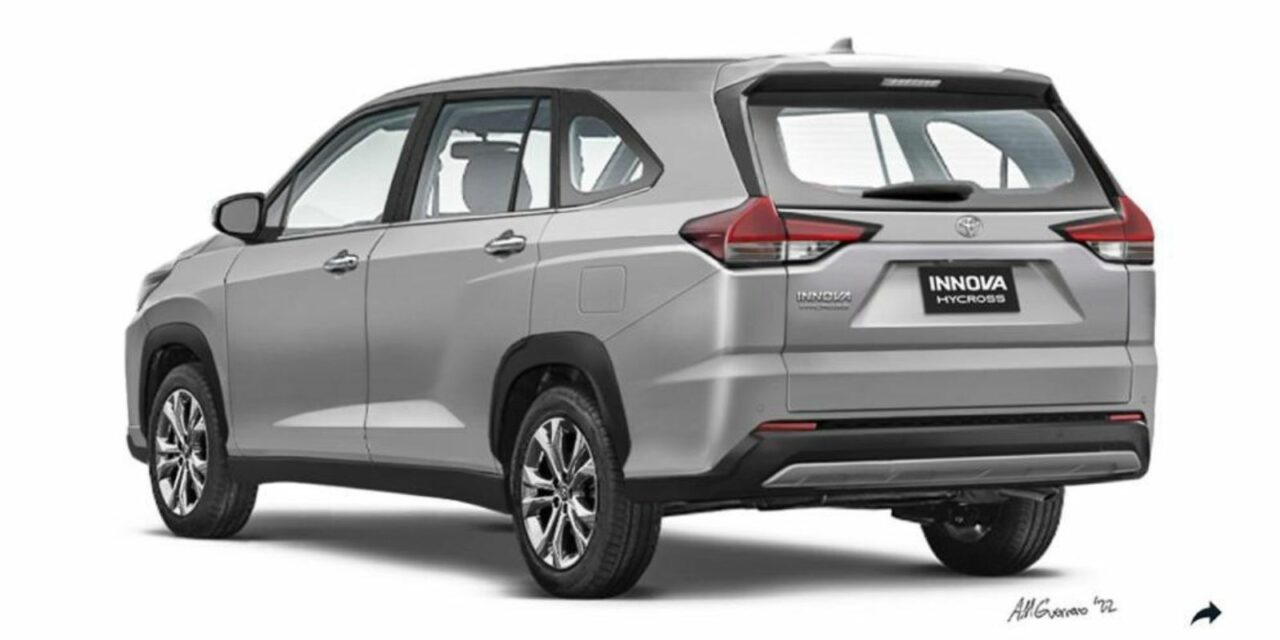 The Toyota Innova Crysta sits on the modular TNGA-C platform as the new monocoque construction will make it safer and it will also be more spacious than the existing Innova Crysta. In addition, its overall dynamic characteristics are expected to be improved and it could weigh lesser. It will have bigger proportions than the Innova Crysta.

The premium MPV will be retailed alongside the Crysta and it will be powered by a 2.0-litre naturally-aspirated four-cylinder petrol and the strong hybrid version of the same powertrain. It could offer a dedicated EV mode as in the Urban Cruiser Hyryder and will be highly fuel efficient. The hybrid system will likely be heavily localised to carry competitive pricing.

The interior will be more upmarket than the Innova Crysta as the dashboard and centre console could also be brand new. The equipment list will compose a large touchscreen infotainment system, a 360-degree camera system, a HUD, a panoramic sunroof, multiple airbags, new instrument cluster, ADAS-based driver-assistive and safety tech, and so on.