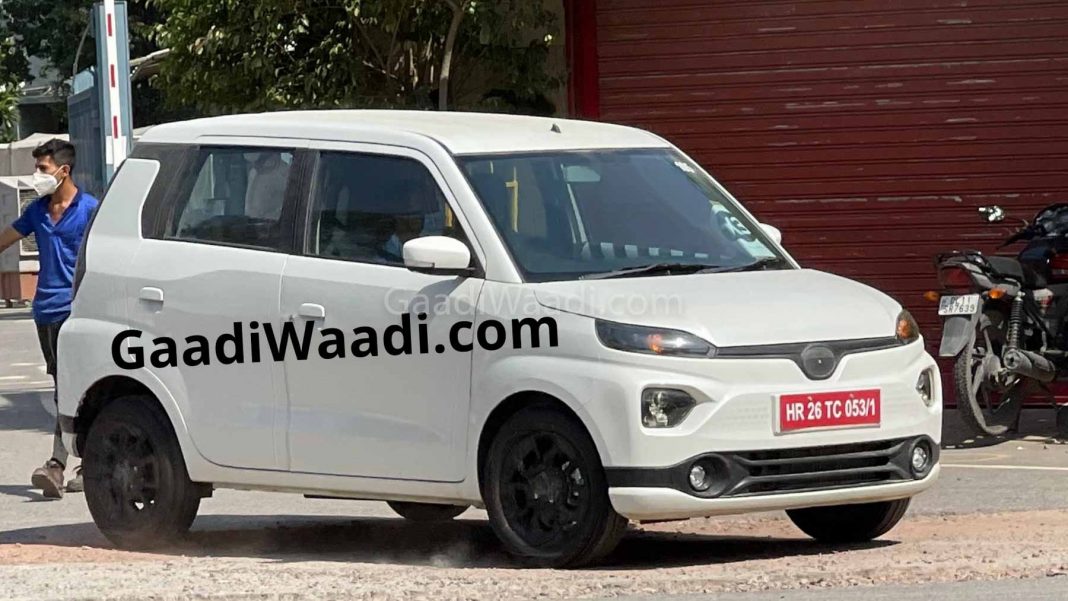 Maruti Wagon R based EV is expected to go on sale in the near future; could boast a battery pack capable of around 180 km driving range

Speculations surrounding Toyota and Suzuki working on a battery electric vehicle platform came up on the internet earlier this year. A few days ago, a different version of the Wagon R equipped with an electric powertrain was caught on camera and we brought you first clear pictures.

Here we exclusively show you the first interior image of the upcoming EV. It carries the same black and beige cabin theme while the centre console, dashboard, and steering wheel look similar to the regular Wagon R. However, the traditional AC controls are opted out for a more modern Auto climatic AC unit with a digital display and speedo console has also been updated.

It looks similar to the previous generation Wagon R in some ways and it features a central horizontal MID as opposed to the circular unit on the right-hand side of the IC-engined Wagon R and it displays the range and other necessary details. The single-speed transmission and vertical AC vent can also be clearly seen. 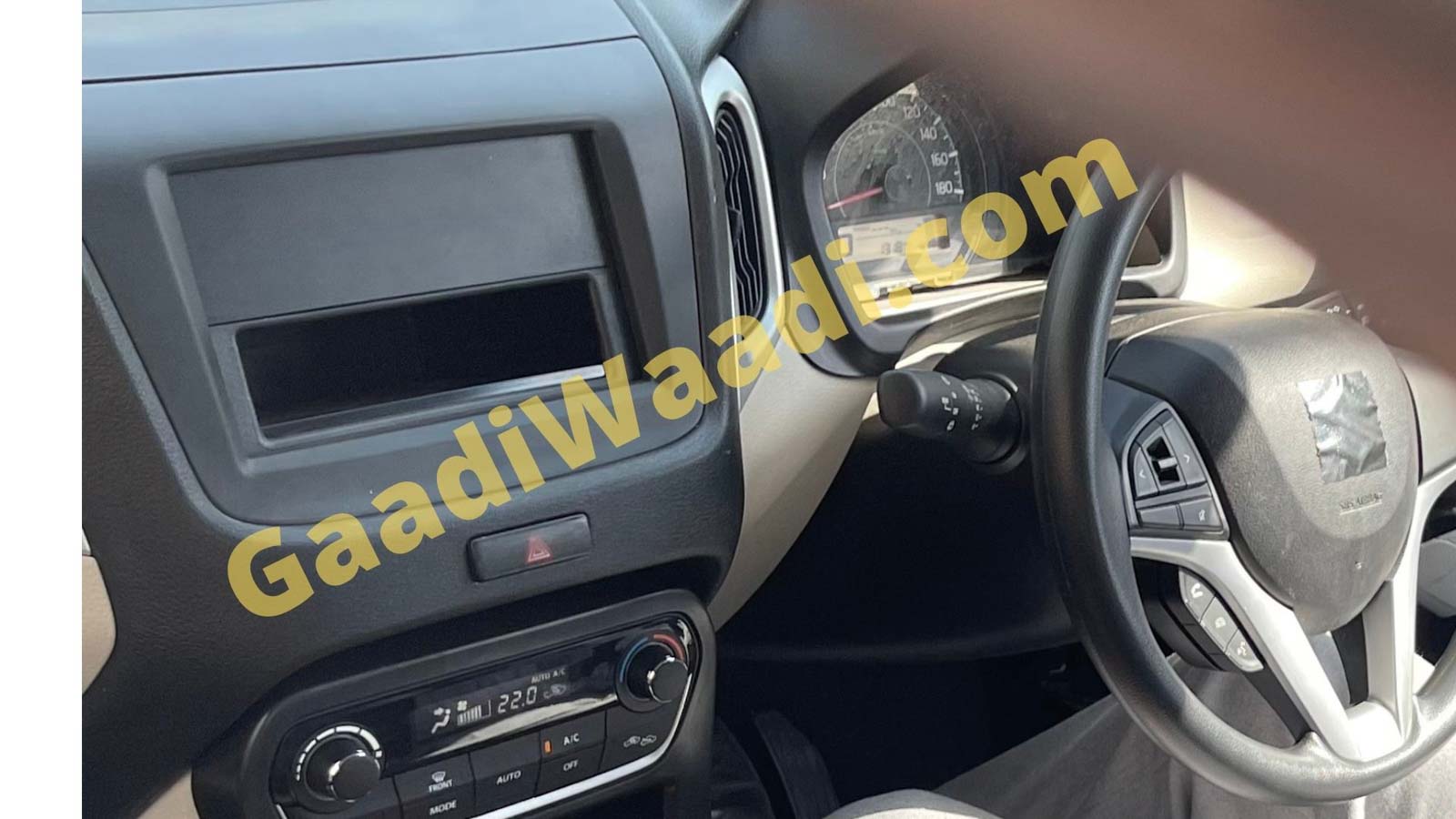 The front fascia gets a split headlamp cluster with LED lighting and the lower bumper-mounted fog lamps also look to be LEDs. The shut-off front grille and closed blackened air intake are other frontal highlights.

The signature tall pillars of the Wagon R and the clamshell bonnet structure are carried forward while the B- and C-pillars are painted in black. Elsewhere, you could find the same vertically stacked LED tail lamps, black alloy wheels as in the Ignis and redesigned bumper with vertical reflectors. 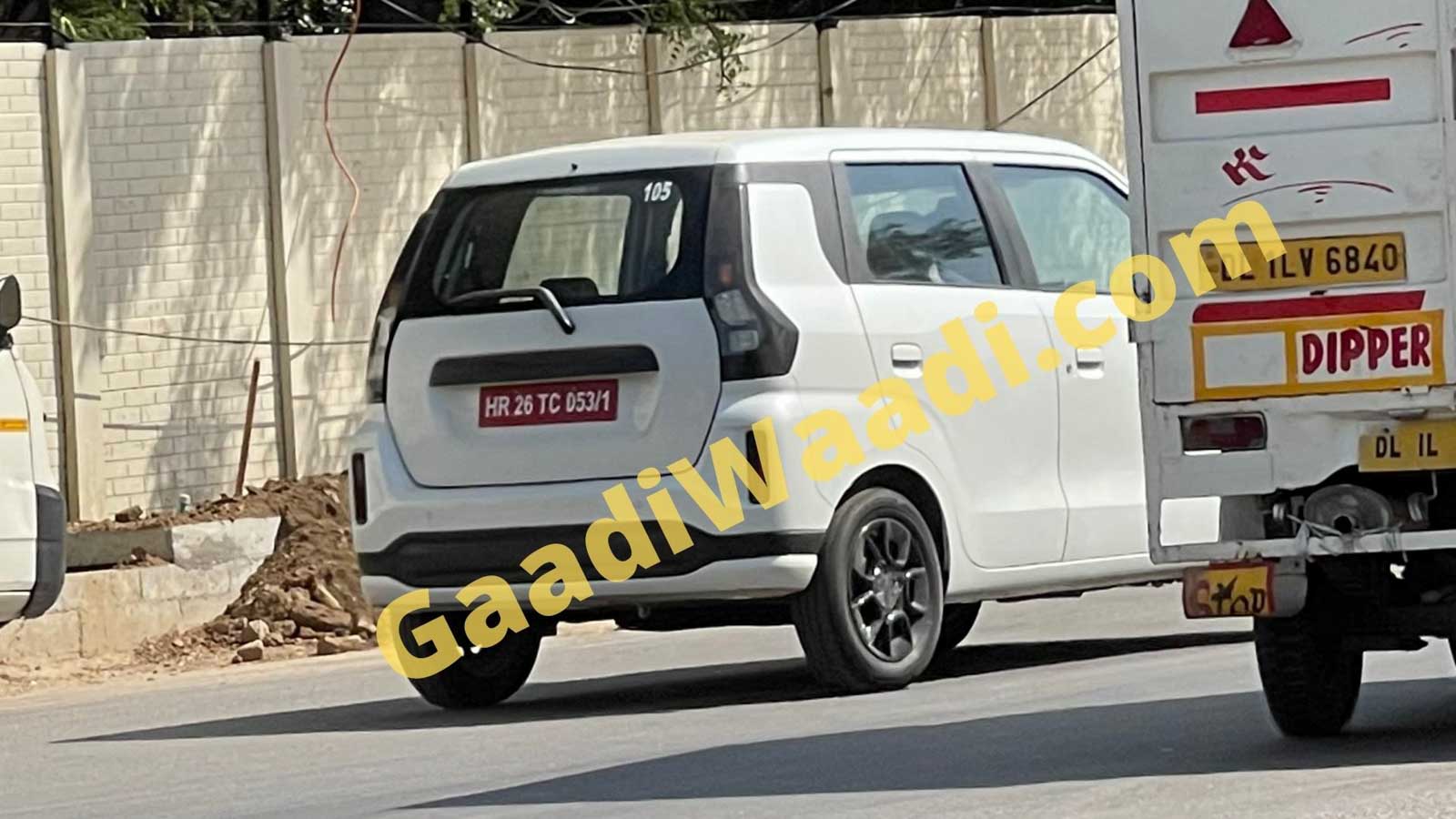 The lack of exhaust outlet clearly shows it’s a battery-powered hatchback. The prototype looks to be production-ready and thus we can expect it to debut later this year and early 2022. This will give the brand a first-mover advantage amongst the mainstream manufacturers and pricing will definitely play a key role in whether it will be a success or not.

Expected to be priced around Rs. 9.5 lakh (ex-showroom), it could be powered by a 72 volt electric drive paired with a 10-25 kWh Lithium-ion battery pack as in the Maruti Suzuki Wagon R EV test prototypes that were built for testing back in 2018.

The exact details of its charging time from 0-100 per cent, battery capacity, and range are yet unknown. We can expect the Wagon R EV to have a driving range of around 180 km on a single charge.