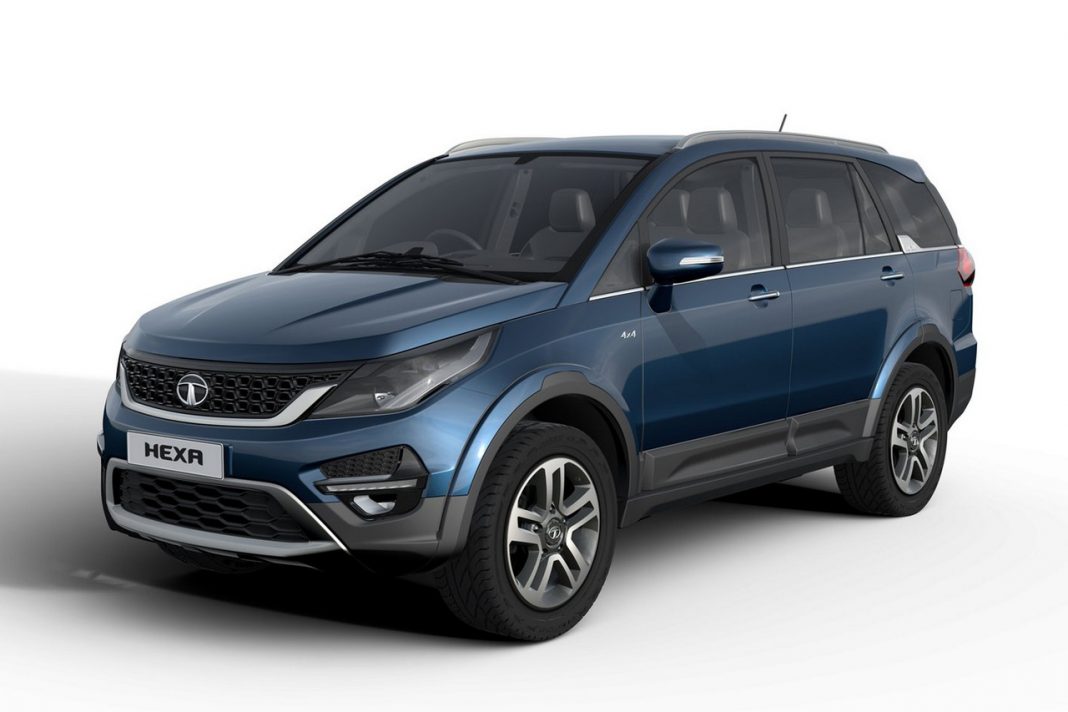 Tata Motors is all geared up to go to new height with the upcoming Hexa. The car which was showcased in its production ready guise at the 2016 New Delhi Auto Expo earlier this year, is prepared to launch in India soon. The bulky and muscular Tata Hexa has been derived from the Tata Aria, which couldn’t get the desired sales number. With the launch of the Tata Hexa the Indian auto major is hopeful though. The Tata Hexa has been designed following the IMPACT design language, which is incorporated in the Tata Tiago and Tata Kite 5 compact sedan as well. Also the large car was designed with suggestion from Jaguar Land Rover engineers.

The premium MPV not only sports a very attractive and eye catching design, but it also comes as a global market worthy model. The Tata Hexa comes with loads of road presence. In terms of interior features, the Tata Motors has done a really commendable job with the Hexa. It gets upmarket looks and features with practicality, and offers comfort as well. On the safety front too, the car has been designed to cater the customers the best possible service. Also, the Tata Hexa comes with enough muscle to take on the rough terrains easily.

Here are the five findings about Tata Hexa which certainly makes the car attractive and appealing. Tata Hexa takes power from the same powerful 2.2 litre four cylinder VARICOR diesel engine which does duty under the hood of Tata Safari Storme. The engine in the Hexa is mated to a 6-speed manual transmission and an automatic transmission will be offered later as well. The powerful engine churns out 156.33 PS of peak power at 4,000 rpm and 400 Nm of peak torque in between 1,700 to 2,700 rpm, while the fuel economy stands at 13 kmpl. The car also comes with four different driving modes – Dynamic, Automatic, Comfort and Rough Road. The Tata Hexa comes styled following the IMPACT design language of Tata Motors. But the most interesting fact is the car embodies suggestions from Jaguar Land Rover, the iconic British auto manufacturer presently owned by Tata Motors. The Hexa clearly shows the subtle design elements on the outside, which are result of Land Rover’s interference. The butch look appeals to the customers who search for rugged and muscular looking SUVs. So far, the car looks like a blend between a SUV and a MPV.

The Tata Hexa truly comes feature rich inside the cabin, which not only makes the car appealing but also upmarket as well. The interior gets a multifunction steering wheel, instrument cluster with analog dials and a colour MID, a 5.0 inch touchscreen infotainment system developed by Harman which comes with USB, Aux, Bluetooth and SD card connectivity.

Apart from that, the dashboard has been revised which comes donning a sporty black theme, and the LED ambient roof lighting enhance appeal. The cabin gets captain seats instead of benches for the rear occupants, and it offers a 2+2+2 seating layout. It offers plenty of space inside the cabin, which ensures a comfortable journey experience for the occupants. Tata Hexa comes sporting plenty of safety features, which attracts the customers who seek safety over anything. The Hexa gets a total of six airbags, which means every occupant gets an airbag. Also it comes with safety features like ABS, EBD, ESP, brake assist, vehicle dynamic control, traction control system, engine drag system, anti theft alarm, rear parking sensor, engine immobilizer etc. Also the car has been built with a strong structure, which ensures better rigidity.