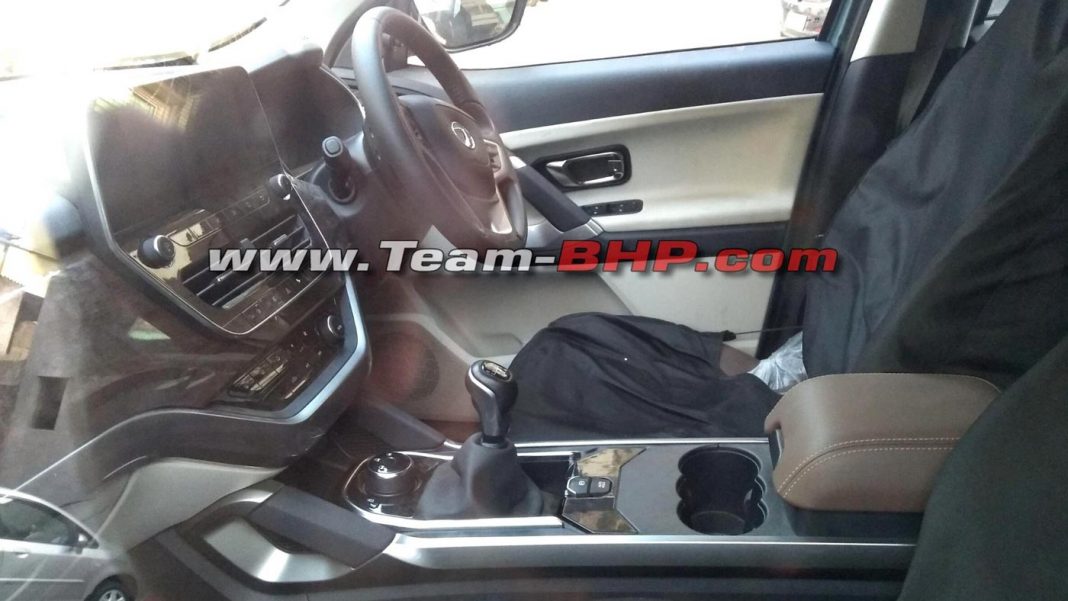 While Tata Harrier managed to attract a lot of buyers in the initial days, competition like Kia Seltos and MG Hector has fast caught on with the Harrier sales and Tata is looking for ways to counter the competition. Tata will soon launch the updated Harrier with a sunroof and automatic gearbox. Tata is also working to launch a 7-seater variant of the Harrier called the Gravitas.

The SUV was recently spied by a Team-BHP user wearing a camouflage. Despite the camouflage, we have an idea on the overall design of the Gravitas, as Tata showcased the production-ready version at the Geneva Motor Show last year. While the version displayed at the Motor Show was called Tata Buzzard, they have decided to rename it for the Indian market.

What’s exciting about these new spy shots is that they give an idea about the cabin of the upcoming SUV. The test mule spotted has a 6-seater configuration, which means Tata Gravitas will have two configurations – a 7-seater and a 6-seater cabin, which the latter having captain seats in the middle. 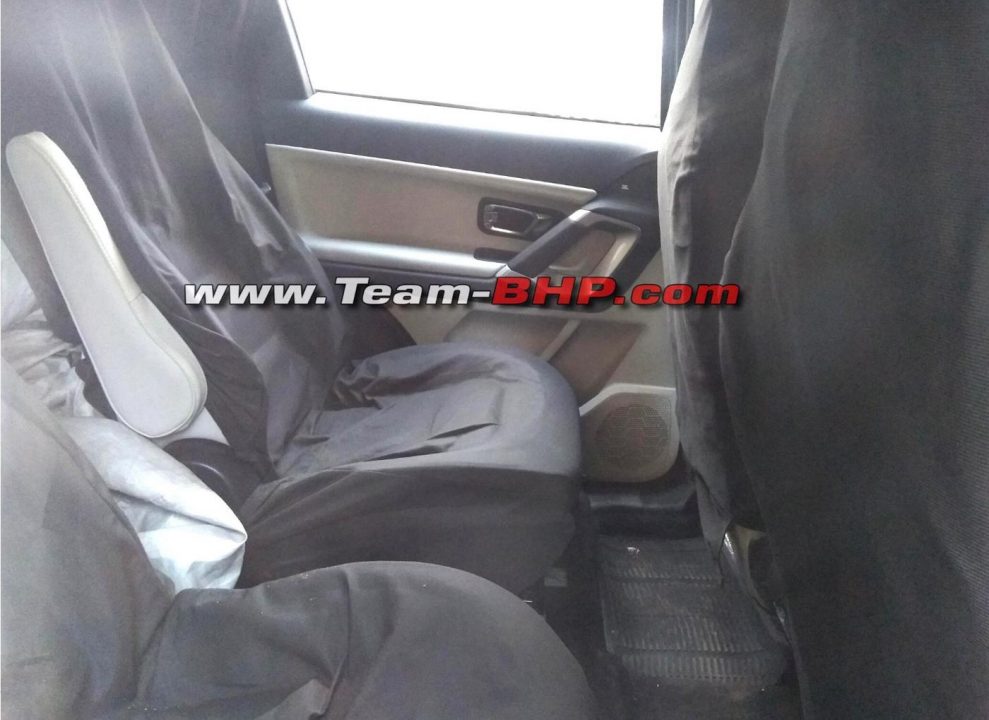 Not only this, the spy images also suggest that the 6-seater Gravitas will likely get an electronic handbrake and Auto Hold function, unlike the Harrier that gets a manual pull-type handle for the parking brake. The unit spotted had a manual transmission.

The Gravitas test mule also had a bit of its skin showing through the camouflage and was wearing a blue paint similar to the 2018 Geneva Motor Show display car. It is also equipped with rear parking sensors and camera, shark fin antenna and 5-spoke alloy wheels shod with 235/65 R17 Apollo Apterra HP tyres. However, there’s no sunroof. 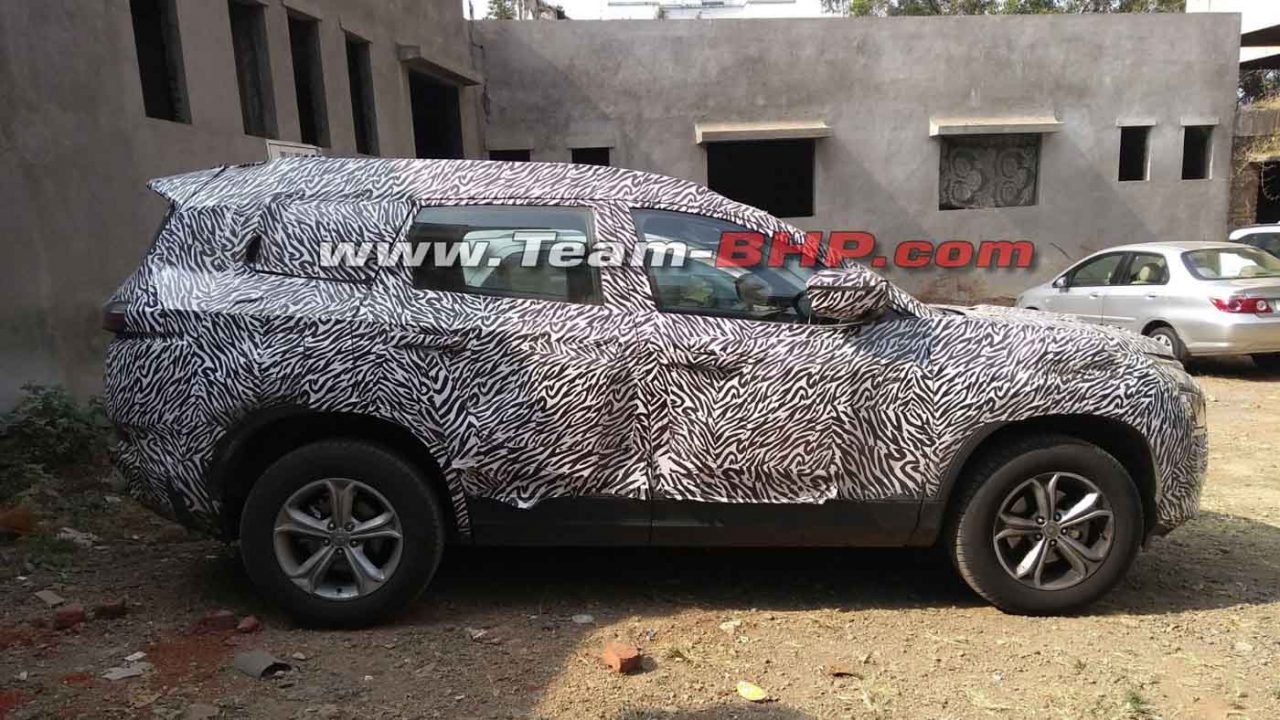 The Gravitas will have the same mechanical configuration as the Tata Harrier, with a similar cabin layout and equipment. The Harrier is powered by the FCA-sourced 2.0-litre Kryotec engine and is based on the Land Rover derived D8 platform. The SUV produces 140 PS and 350 Nm and is mated to a 6-speed manual gearbox.

However, the Gravitas is expected to have a Hyundai sourced 6-speed AT gearbox and a sunroof. The engine is expected to be more powerful and will be BS-VI compatible. Apart from the Gravitas, Tata will also launch Altroz, Nexon EV and Tiago as well as Tigor facelifts in the coming months.