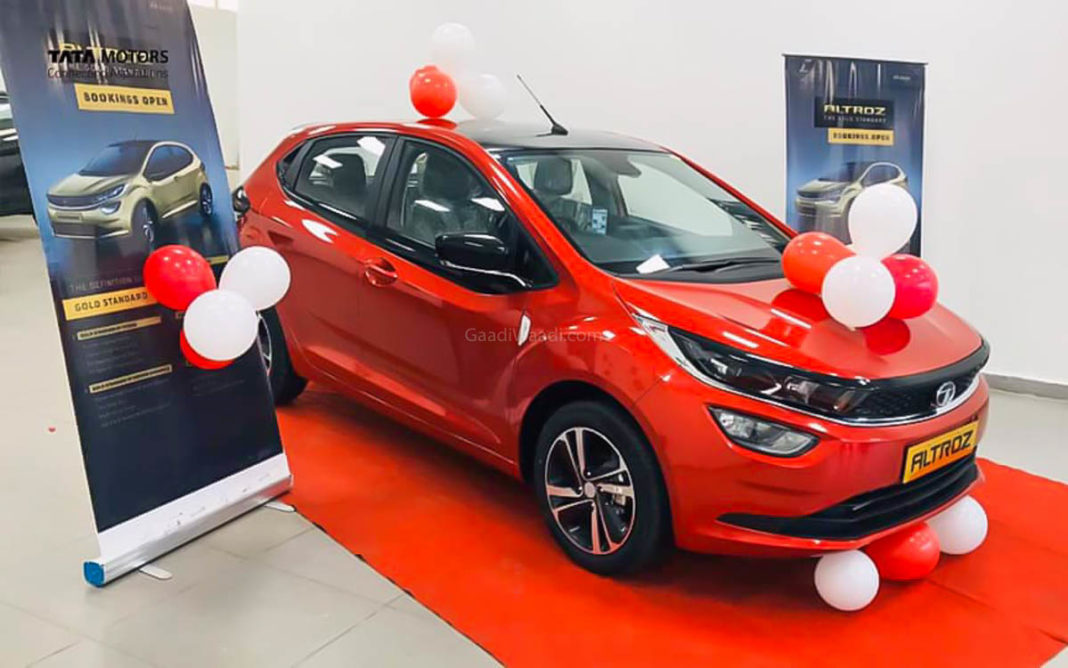 The Tata Altroz Turbo will directly go up against the Volkswagen Polo TSI, while it will also be joined by a new rival in the form of the next-gen i20 1.0-litre TGDi turbo-petrol

The Tata Altroz was launched in the Indian market in January this year, and became the latest entrant in the premium hatchback segment, a space that currently consists of the Maruti Suzuki Baleno, Hyundai i20, Toyota Glanza, Honda Jazz as well as the Volksawgen Polo.

Till now, the Altroz has been offered with a 1.2-litre three-cylinder naturally aspirated petrol engine rated at 83 PS/113 Nm, as well as a 1.5-litre four-cylinder oil burner that puts out 90 PS power and 200 Nm torque. Both the engines are offered with manual transmissions as standard.

However, Tata Motors, on various occasions, revealed its plans of introducing a turbo-petrol engine for the Altroz, as well as a dual-clutch automatic transmission. The Altroz turbo-petrol was first showcased in production form at the 2019 Geneva Motor Show, and it looks like the car is finally ready to be launched in the country. 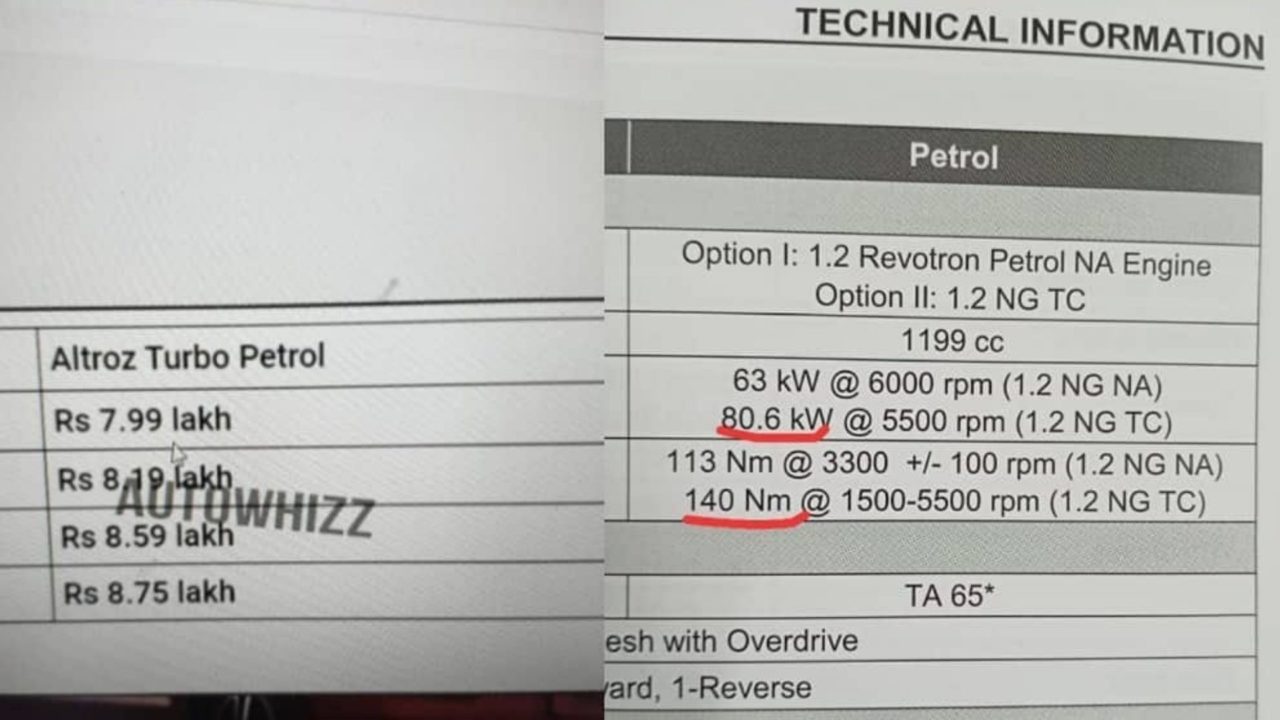 Now a new document of the turbo-petrol Altroz has been leaked, and according to the said document, the powertrain will be a 1.2-litre turbocharged petrol engine that will deliver 110 PS of maximum power at 5,500 rpm, while a peak torque output of 140 Nm will be available between 1,500 – 5,500 rpm.

The transmission duties will likely be taken care of by a 6-speed manual gearbox, while a dual-clutch auto transmission is expected to be introduced at a later date. According to the document, the 1.2-litre turbo-petrol engine will be offered with four variants of the Altroz initially, namely XT, XT (O), XZ and XZ (O).

Given the fact that Tata has filed for registration of the Altroz Turbo, we expect the carmaker to launch it around this festive season. As of now, the petrol-powered Tata Altroz is retailed at a starting price of Rs 5.44 lakh, which goes up to Rs 7.89 lakh (both prices, ex-showroom).

However, the leaked document also reveals that the Altroz Turbo will be priced from Rs 7.99 lakh to Rs 8.75 lakh (ex-showroom).