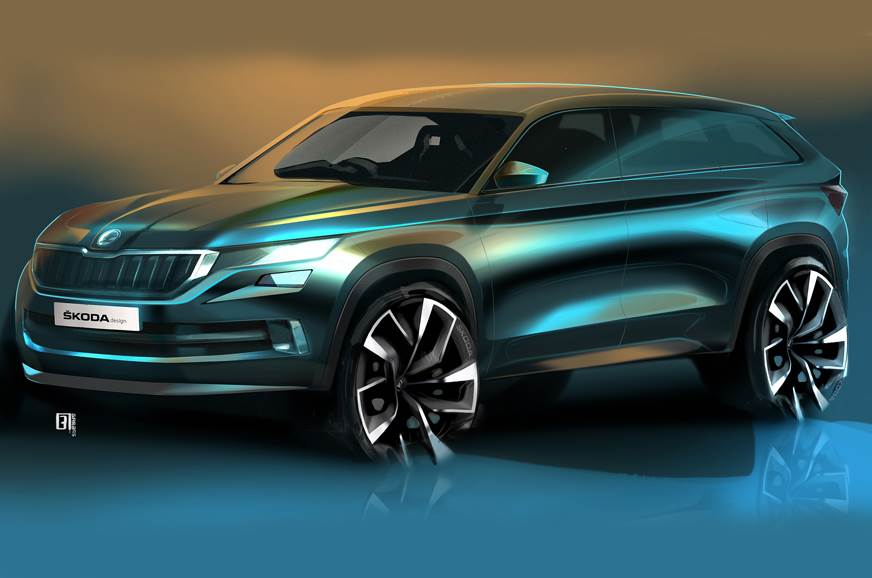 Skoda’s first product based on MQB A0 IN platform is a mid-size SUV debuting in 2020; will have over 90 percent local content to be priced aggressively

Skoda Auto India has confirmed launching a brand new mid-size SUV in more occasions than one. It will be a premium SUV taking design influence from the Vision X concept showcased at the 2018 Geneva Motor Show and coincidentally enough the production model will make its global premiere at the same show next year.

It will give a clear cut idea of the India-bound model scheduled for launch in 2020. It will spawn a Volkswagen cousin in the form of T-Cross and it be bigger than the Euro-spec model. Skoda has taken responsibility of the India 2.0 project for the Volkswagen Group with a huge sum of investment of over one billion euros and a brand new flexible platform is being developed specially for India.

The Indian version of the MQB A0 dubbed as the MQB A0 IN will form the basis for all the future Skoda and Volkswagen vehicles launching in India. Besides the aforementioned SUVs, a Rapid replacement and a Vento successor are arriving in the early parts of next decade with high localisation of well over 90 percent to keep the costs competitive – a major achilles heel both the brands locally.

However, the success of the Skoda compact SUV will play a significant role as it will set the tone for the future prospects of VW Group. It is said to have a wheelbase of around 2,645 mm and will take power from turbocharged small capacity petrol engines with good fuel economy. Primarily being a front-wheel-drive model, it will likely offer both manual and automatic options.

The impending cost raise due to BSVI norms, high maintenance and Real Driving Emissions (RDE) testing could hamper the progress of diesel powertrains after 2020, and thus Skoda could opt for alternative fuel strategies with its new range of products. The Czech Republican auto major could use 1.3-litre or 1.5-litre petrol units.

The long term vision of India 2.0 project is achieving 5 percent market share for Volkswagen and Skoda combined by 2025. Volkswagen Group will also look at possibilities to exporting locally made vehicles to overseas markets eventually.