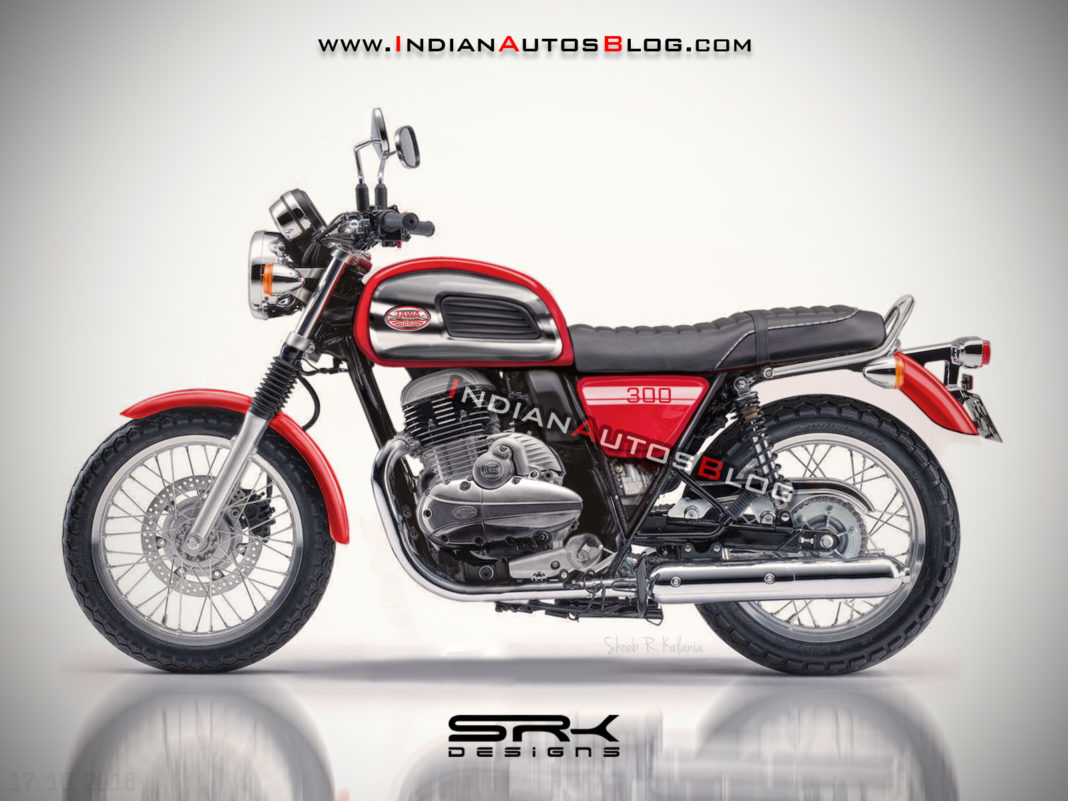 Jawa 300cc roadster will launch in India to rival the Royal Enfield 350 models, here’s a speculative rendering that shows how it could look like

Mahindra 2 Wheelers will soon launch the highly anticipated Jawa 300cc roadster to rival the popular Royal Enfield models. The company has already announced that it will unveil not one, not two, but three new models on 15 November.

Recently, the company also revealed its new 300cc engine that will power the upcoming three motorcycles. Today, the image we have here shows us what the upcoming Royal Enfield-rivalling Jawa 300cc roadster could look like. As this rendering indicates, the Jawa 300cc roadster could look like a proper retro street motorcycle that takes several styling cues from Californian 650.

As the design indicates, the first Jawa 300 motorcycle could be a street bike deriving styling cues from the Jawa Californian 650, which has been on sale in Europe. The upcoming Royal Enfield-rivaling Jawa 300cc roadster will have a single cylinder, liquid cooled engine with fuel injection. In a signature Jawa style, it will have a twin exhaust setup.

The engine for Jawa 300cc roadster will be a reworked version of the Mahindra Mojo’s single-cylinder motor. With a cubic-capacity of 293cc, the engine produces a maximum power of 27 bhp along with a peak torque of 28 Nm. While transmission option hasn’t been confirmed, the Mojo’s 6-speed gearbox could be carried over after some tinkering with the ratios. 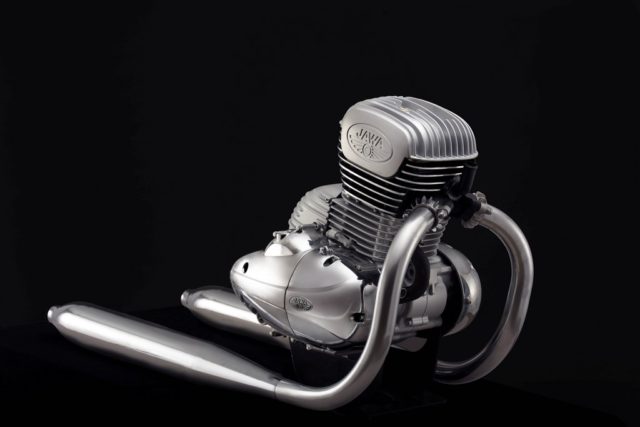 Other than the Jawa 300cc roadster, the company will also launch a cafe racer-styled motorcycle that will utilise the same frame and chassis. Not long ago, the company came up with a fully-faired bike for Europe, which had a retro design and a 397cc single-cylinder four stroke engine sourced from China. For the Indian version, the company will use the aforementioned 300cc motor based on the Mojo’s unit.

The Jawa 300cc roadster and its other Royal Enfield-rivaling siblings will be sold through a newly set up dealership network with 64 touch points. This number could be pushed to 100 in the coming months. Thanks to the legacy of Jawa and Yezdi motorcycles, the upcoming models from Mahindra 2 wheelers could leave a sizeable dent on the sales of the REs.