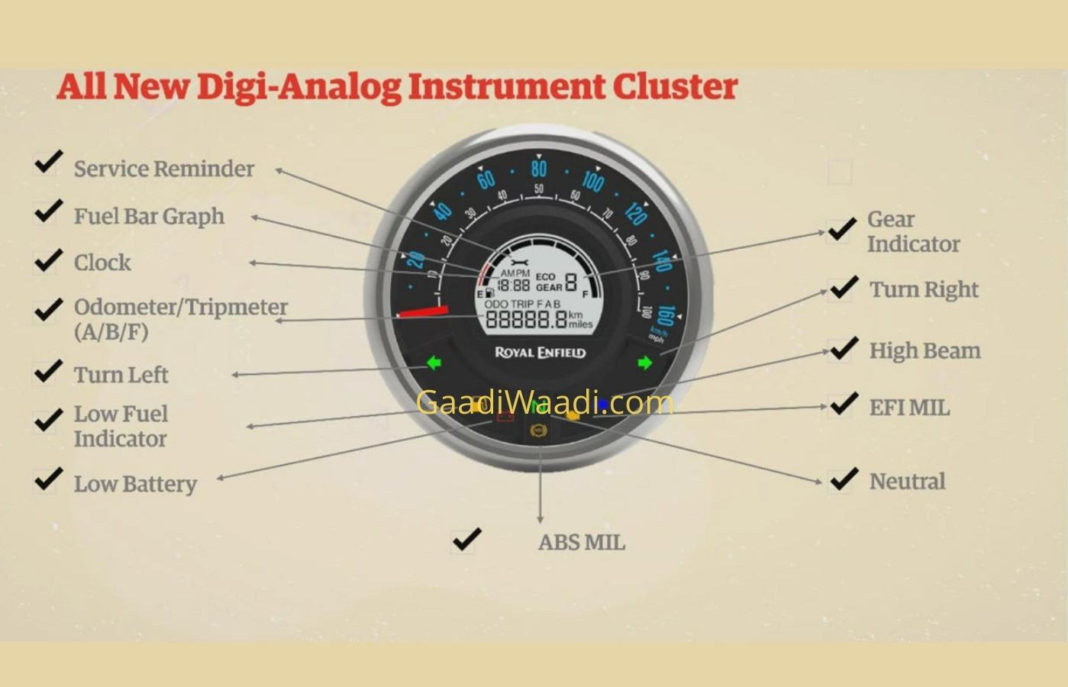 Royal Enfield Meteor is expected to be launched in the coming weeks and it could cost between Rs. 1.68 lakh and Rs. 1.85 lakh (ex-showroom)

Royal Enfield will be launching the Meteor 350 towards the end of this month or in early October and it will succeed the Thunderbird range. It is based on the brand new J platform and boasts of a double cradle frame, which should help in improving the ride quality and handling of the motorcycle. It derives power from a new 346 cc single-cylinder air and oil cooled SOHC engine.

The powertrain develops 20.2 bhp maximum power and 27 Nm of peak torque – 0.4 bhp more power and 1 Nm less torquier compared to the existing unit found in the Thunderbird. The same platform also underpins a range of upcoming Royal Enfield motorcycles including the next generation Classic 350. The Meteor 350 will be offered in Fireball, Stellar and Supernova variants in seven colour options.

Ahead of the Meteor 350’s debut, its dimensions and features have also been leaked giving us an in-depth look into what is in store. Across the range, the Meteor 350 will be available with Tripper Navigation system. Displayed on a coloured TFT screen on a separate pod, it shows direction courtesy of the turn-by-turn navigation enabled through Bluetooth connectivity using a smartphone. 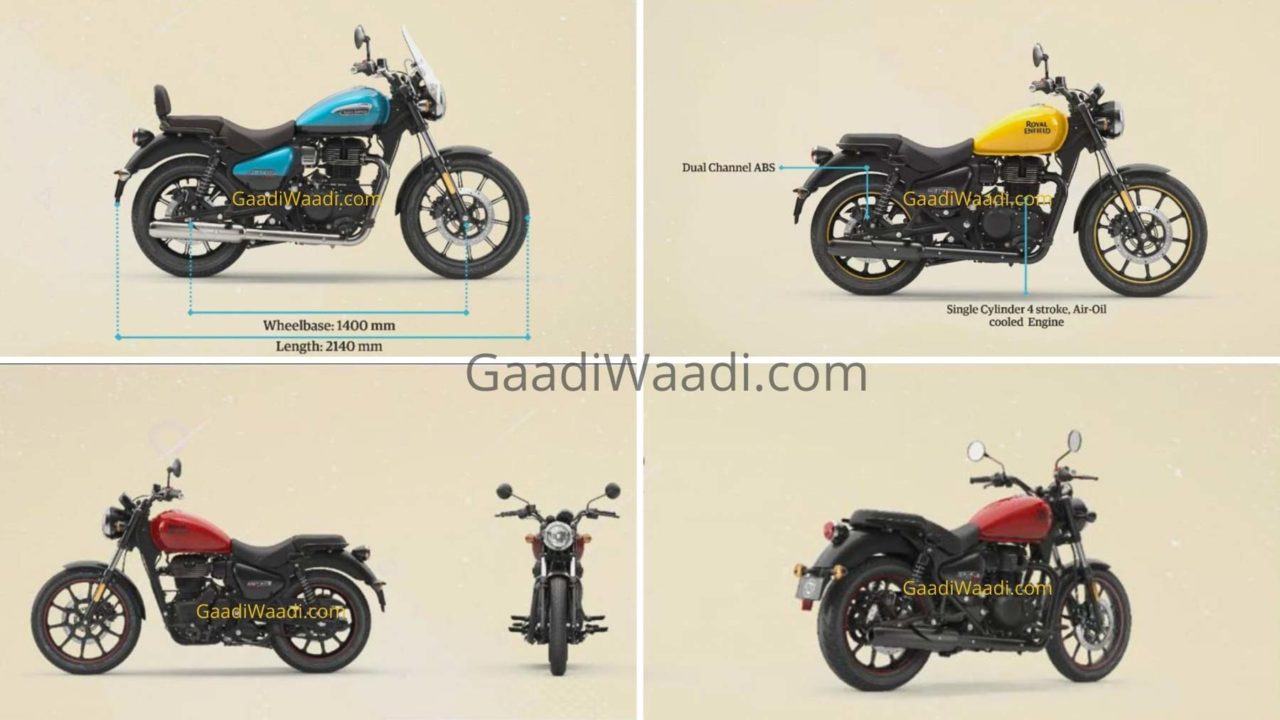 The new semi-digital instrument console comprises of a bigger pod on the left hand side and it has tell tale lights and a digital LCD display to give a variety of information to the rider. It has service reminder, fuel bar graph, clock, odo/trip meter, low battery warning, neutral indicator, gear indicator, turn signals, high beam, fuel injection as well as ABS mil among other notifications.

The blue coloured readings on the outer edge show speeds in kmph and the mph is just below in white for up to 100 mph. The Tripper Navigation will come in handy during long rides and it has day mode and night mode settings with different imagery for turn sharp right, turn slight left, turn slight right, on-ramp and re-route functions.

The launch of the Meteor 350 is expected to be followed by the second-gen Classic 350 towards the end of this year or in early 2021.