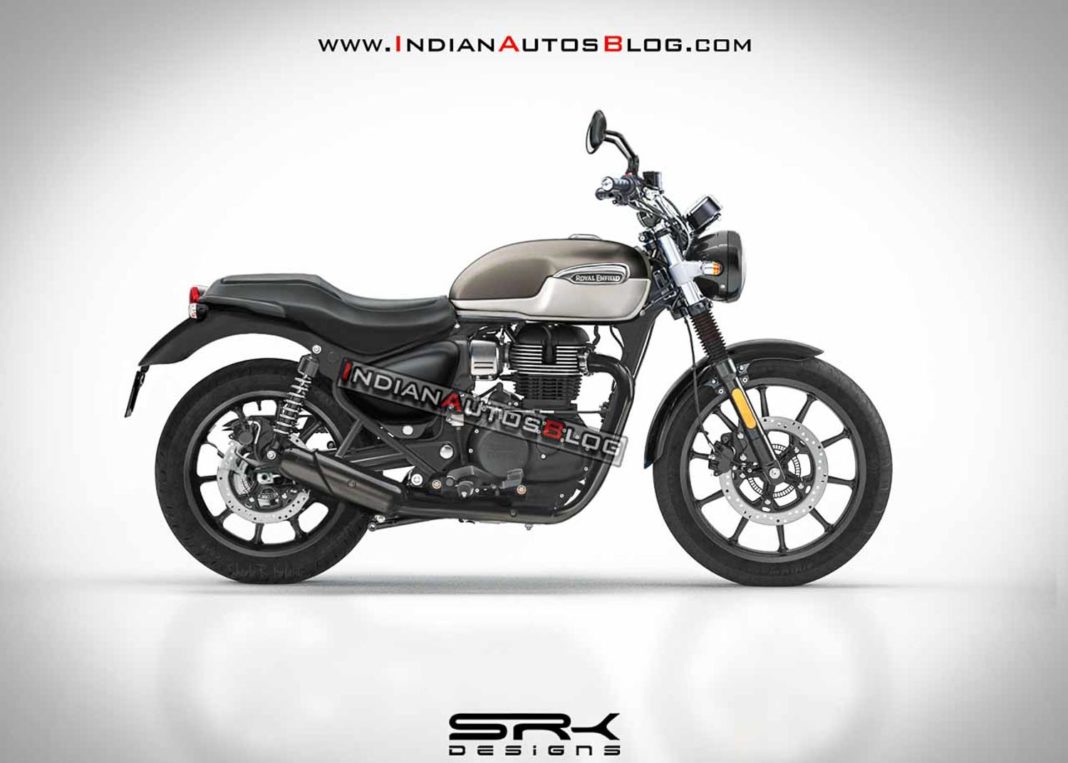 Royal Enfield is working on a range of new products for the Indian market, one of which is the ‘Hunter 350’ neo-classic roadster that has been spied on test on public roads a host of times in the past few months. The two-wheeler manufacturer is set to launch the said motorcycle in India this year itself, and hence, the testing process has been stepped up.

The test mules have helped IAB’s digital artist Shoeb R Kalania create a rendering of the upcoming Royal Enfield Hunter 350. It should be noted that Hunter 350 will be an all-new product that will be built from the ground up. Hence, the automaker has complete freedom while designing the motorcycle.

The Hunter 350 has traditional roadster elements like a round headlamp, a simple slender fuel tank and a minimalist tailpiece. The rendered bike sports a single-piece seat, black alloy wheels along with a dual-tone paint scheme. The production-ready version of the bike will also be equipped with Royal Enfield’s Tripper Navigation system. 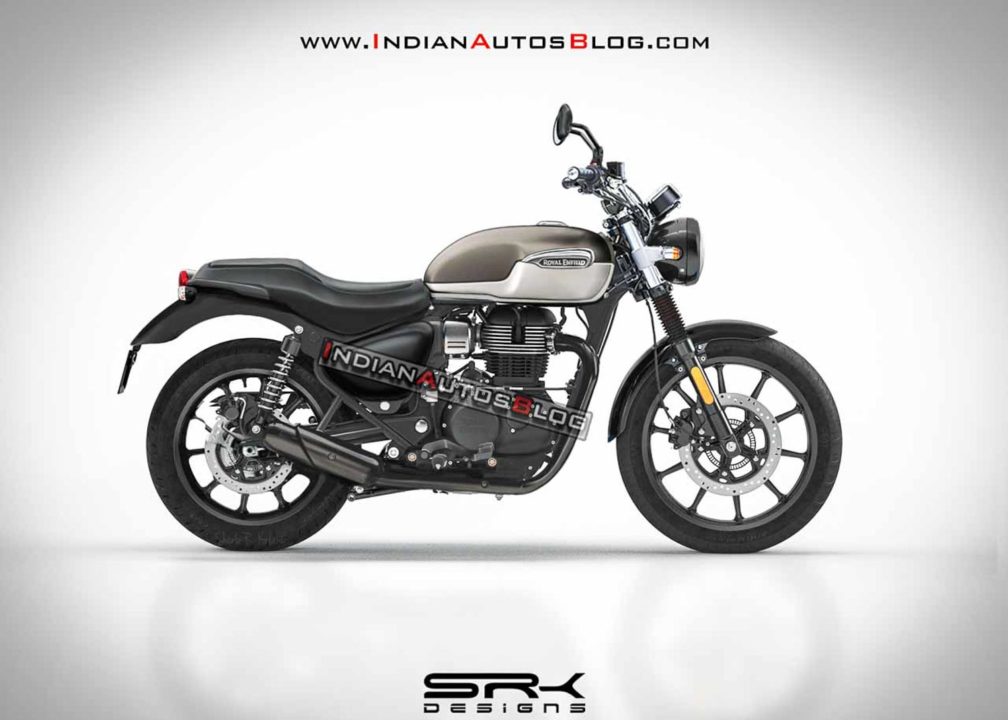 Spy shots suggest that the upcoming Royal Enfield roadster will be equipped with 17-inch alloy wheels at both ends. Braking setup will likely consist of front and rear disc brakes, coupled to a dual-channel ABS as standard. The suspension duties on the bike will be handled by traditional telescopic forks up front, along with twin rear shock absorbers.

Royal Enfield is yet to reveal specific details about the upcoming 350 cc motorcycle, but we do know that it will most likely be underpinned by the new J platform that is also used by the Meteor 350. That said, the bike will likely be equipped with a 349 cc air-oil cooled SOHC 4-stroke single-cylinder engine that belts out 20.48 PS of maximum power, along with 27 Nm of peak torque.