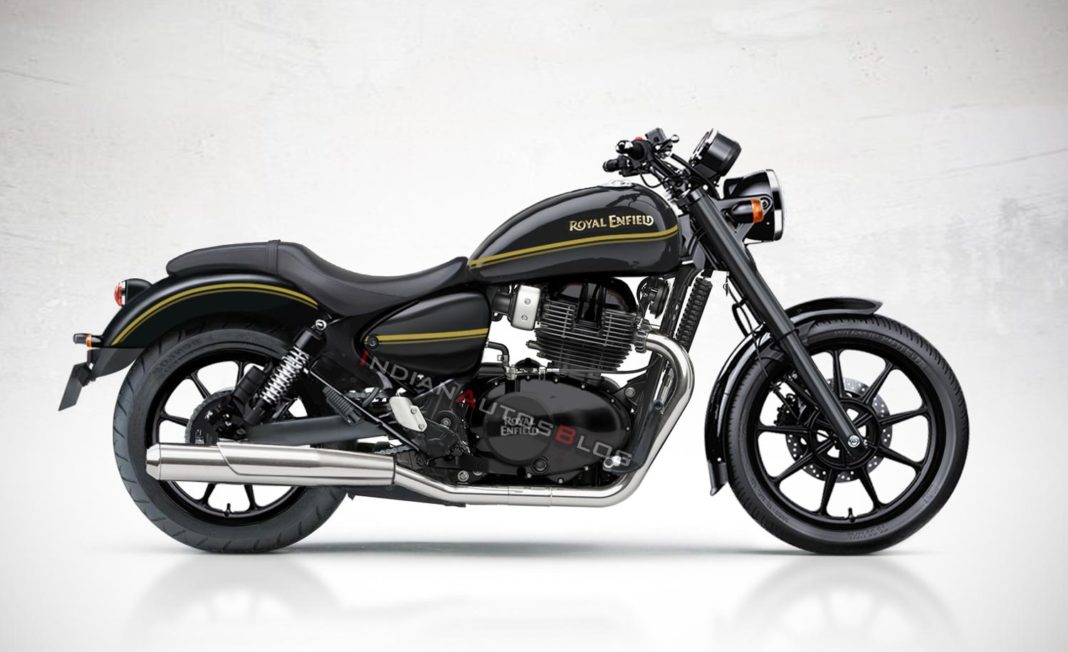 As of now, Royal Enfield retails two 650 cc motorcycles in the Indian market, i.e. the Interceptor 650 as well as the Continental GT 650, priced at Rs 2.64 lakh and Rs 2.80 lakh (ex-showroom) respectively. While the two 650 twins have been the flagship offerings from the Chennai-based manufacturer for a few years now, it looks like the Interceptor and Continental GT will soon be getting a new 650 cc sibling soon.

Speculations about the new Royal Enfield 650 cc cruiser bike started doing rounds when the upcoming motorcycle was spied on test about a week ago, along with other Royal Enfield bikes.

The rendered bike sports a laid-back riding position, and has been designed like a proper cruiser. It should also be noted that the previously spied test mule came equipped with an inverted fork, and if so is the case with the production version as well, it will go on to become the first Royal Enfield bike to be offered with such a setup. 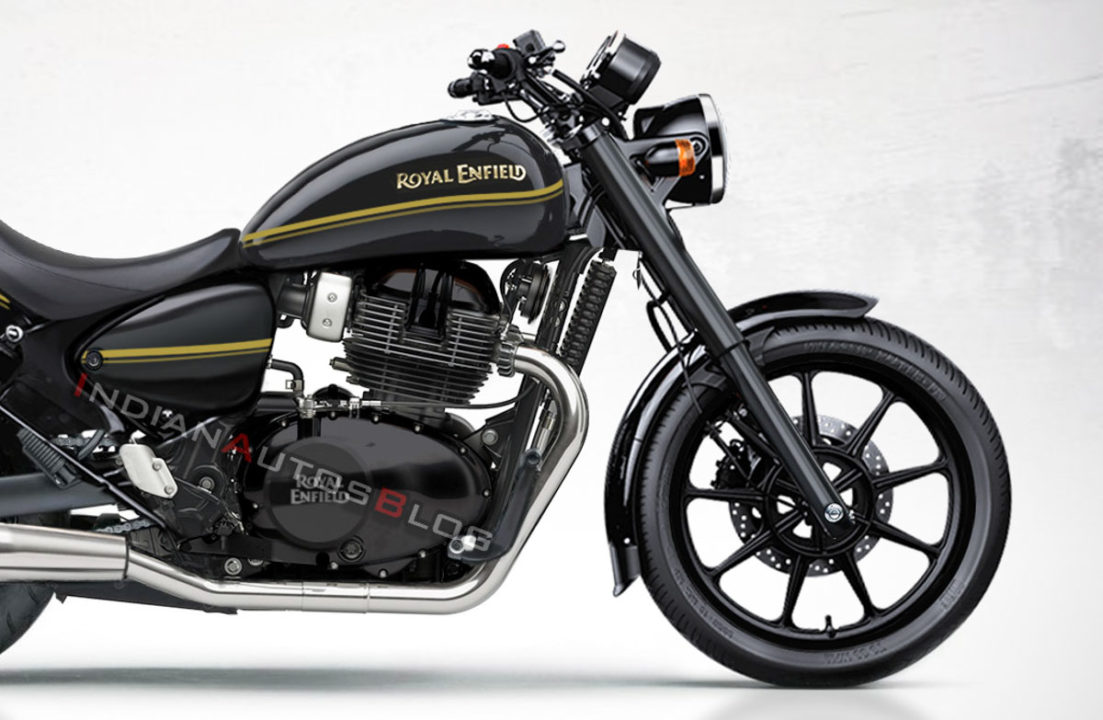 The bike also sports alloy wheels, which look similar to the ones seen on the now discontinued Thunderbird X edition. The motorcycle carries an all-black theme, while golden pin strips run across the entire body. The production version is expected to be equipped with a dual exhaust system, just like the 650 twins.

Royal Enfield is yet to confirm any details about the upcoming 650 cc cruiser, but it is highly likely that it will draw power from the same 648 cc parallel twin, air-oil cooled engine that makes 47 bhp of max power at 7250 rpm, along with 52 Nm of peak torque that is available at 5250 rpm. The transmission duties will be handled by a 6-speed gearbox. 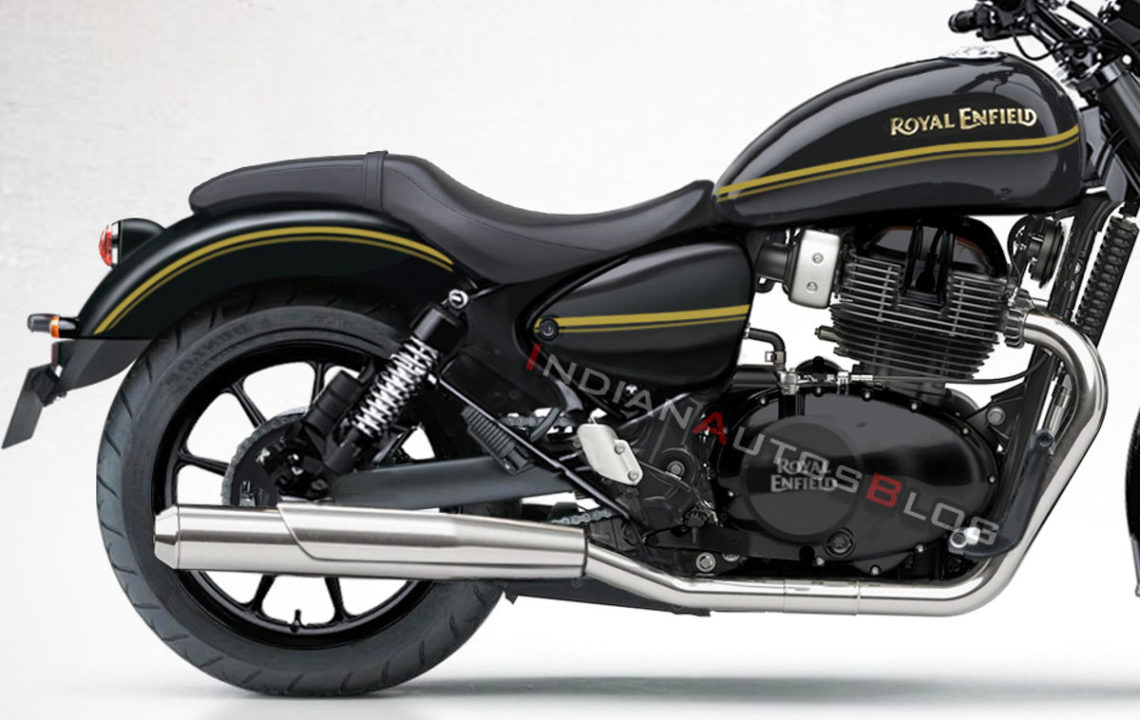 The Royal Enfield 650 cc cruiser motorcycle is expected to be priced from about Rs 3.5 lakh (ex-showroom) onwards, which will make it the most premium RE bike in the country. The said bike is expected to be introduced in mid-2021.