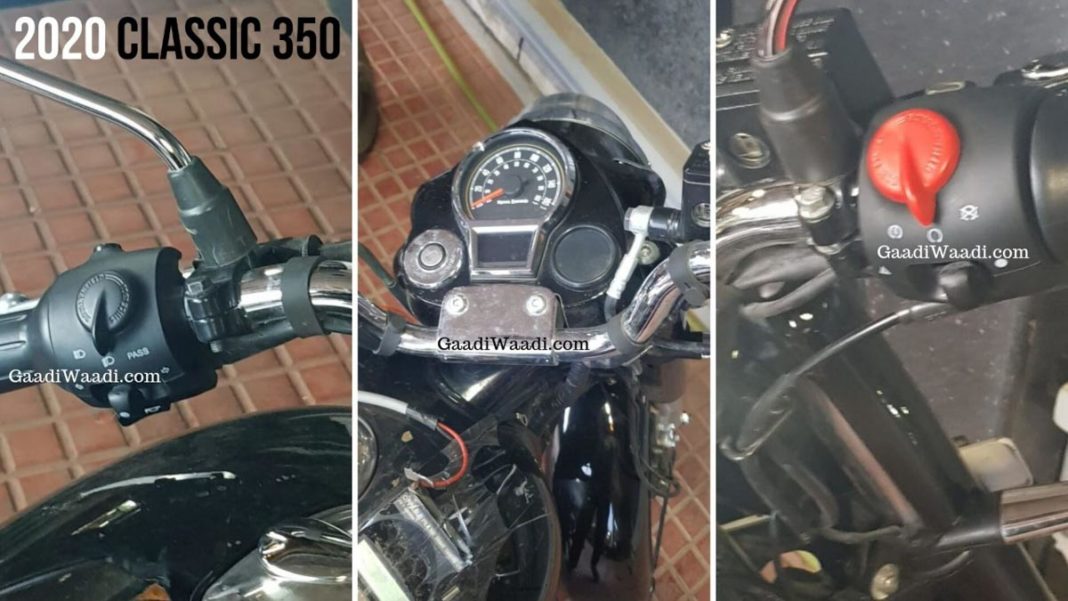 Despite being the best-seller every month, the Royal Enfield Classic 350 does have apparent downsides like excessive vibrations and a chassis that has been around for long. Thankfully, the retro motorcycle has been working on a new generation Classic 350 for quite a while now and is expected to go on sale in the coming months with an assortment of changes.

The 2021 Royal Enfield Classic 350 has been caught on camera many times and in recent cases, wearing a production-ready body. A video has now surfaced on the internet showcasing the revised instrument cluster pointing fingers at the key changes involved. The semi-digital instrument cluster has a vintage appeal courtesy of the larger round pod for the speedometer.

This time around, the digital MID shows more information like fuel gauge bar reading, dual trip meters, clock and odometer. On the lower right-hand side, a dedicated pod for the Tripper Navigation is given. Debuted in the Meteor 350 and subsequently offered in the 2021 Himalayan, the Google-powered system enables turn-by-turn navigation and it will likely be offered as standard in the new-gen Classic 350.

As for the design, the upcoming Royal Enfield Classic 350 only gets minor updates as the pillion seat is more rounded and the tail lamp has become more compact in design. Expect Royal Enfield to introduce new colour schemes while alloy wheels will likely be offered in the top-spec variants. It is underpinned by a new J platform, which debuted in the Meteor 350.

If the Meteor 350 is anything to go by, expect the new-gen Classic to have improved cornering characteristics and agility while the kerb weight could significantly reduce compared to the outgoing motorcycle. The features list will have a dual-channel ABS system, repositioned brakes, telescopic front forks, twin gas-charged rear shocks and so on.

The existing 346 cc engine will be replaced by a revised 349 cc single-cylinder air-cooled engine with OHC setup. It will produce slightly more power and 1 Nm fewer torque compared to the outgoing model at 20.2 horsepower and 27 Nm. The engine will be paired with a five-speed transmission.