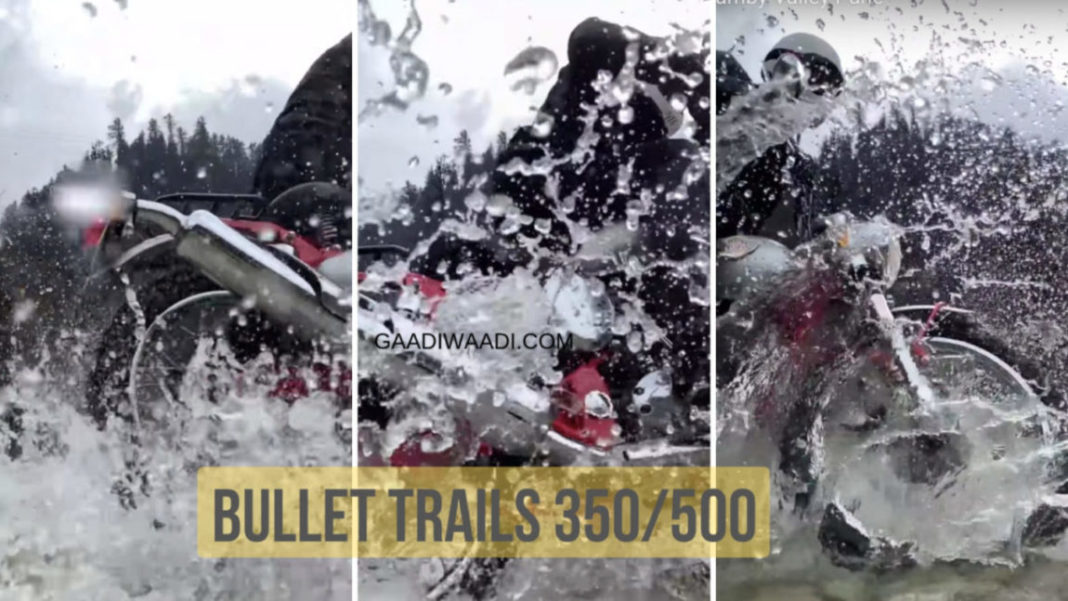 The company has made some changes compared to Classic series as handlebar is slightly raised along with dual-purpose tyres and spoke wheels. The Bullet Trials 350 comes with 19-inch wheels at the front and rear might be an 18-inch wheel. Royal Enfield has given upswept exhaust, which gives a unique look for the bike.

The front and rear fenders are shorter while tail lamps design is similar to other models. The Bullet Trials gets various accessories like a luggage rack, headlamp protection, fork gaiters and fork base as standard. The suspension components are carried over from Classis series as front get conventional telescopic forks and dual suspension at the rear.

The company might have tuned the suspension for off-roading. The instrument cluster gives basic information like speedometer, odometer etc. Royal Enfield is expected to offer dual tone colour theme for the Bullet Trials with green or red colour for the chassis. The engine and gearbox are carried over from regular Classic series. 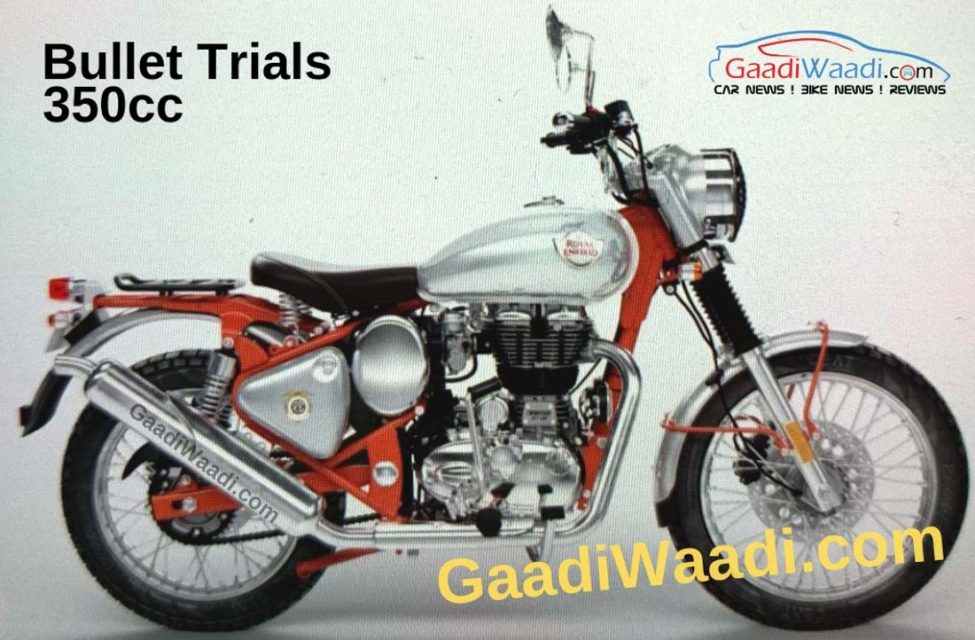 The braking power is likely to be the 280 mm disc at front and 240 mm disc at the rear, both models will get dual-channel ABS braking system as standard. Royal Enfield is expected to introduce the Trials as a limited edition model and the Bullet Trials 350 could be priced at Rs. 1.7 lakh while the 500 cc model around Rs. 2.15 lakh (both price, Ex-Showroom).