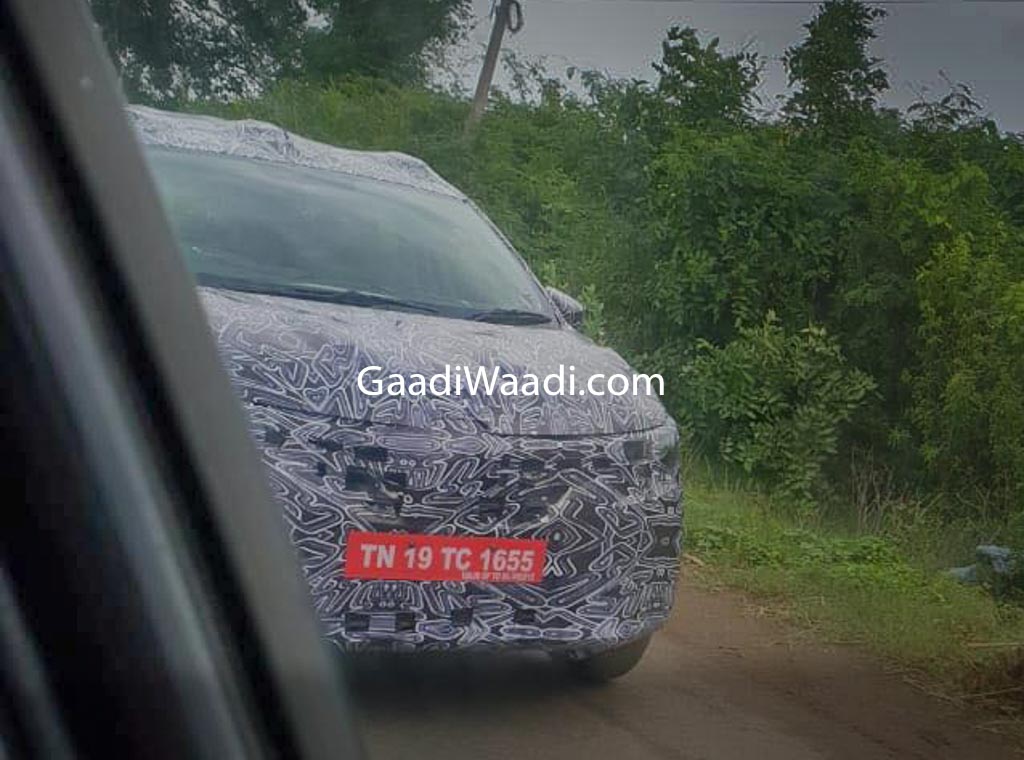 Renault RBC will likely slot below the Lodgy MPV and is expected to be powered by uprated version of Kwid’s 1.0-litre petrol engine

A few months ago, Renault’s intention to compete in the affordable MPV segment became apparent when the test prototype of the upcoming production model was spotted in high altitudes. Reportedly codenamed RBC, the MPV has again been spied testing and this time on the outskirts of Chennai.

It will be manufactured at the Renault-Nissan alliance’s manufacturing facility in Oragadam, Tamil Nadu. The test mule was heavily camouflaged giving us little information, but all the exterior components appear to be in production state.

This could mean that the Renault RBC is not far off meeting the production lines and is expected to reach showrooms during the first half of next year. Renault is exploring the less tapped potential in the MPV space below Ertiga and the RBC will compete against Datsun’s GO Plus.

The Datsun GO Plus is indeed due an update and will have similar changes to the facelifted model that was introduced in Indonesia in May 2018. With its launch expected this festive season, Renault could take a bit more time until mid next year to avoid clashing between the two people haulers and position it in the Rs. 4.5-7 lakh price range (ex-showroom). 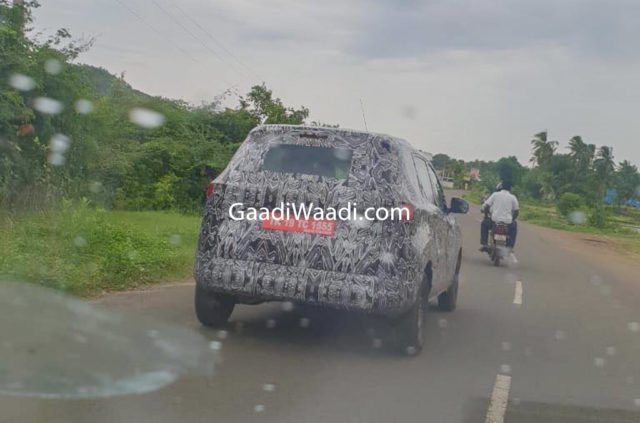 The side profile does showcase the thick and tall pillars of the MPV that may ensure good interior room. The beltline rises from the front and runs till the rear adding a new character to the MPV but the rear end appears to be narrow and boxy with wraparound tail lamps and high mounted stop lamp integrated on top of the tailgate.

The rear spy picture may indicate a possible ground clearance of above 170 mm and the sub-four-metre vehicle will seat as much as seven occupants. The front end seems to take design inspiration from the Grand Scenic MPV sold elsewhere. 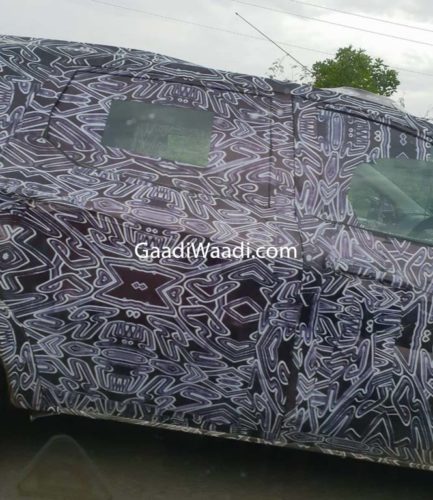 It will likely feature Renault’s family face seen in the latest global models with sleek and modern nose. The pronounced front grille, clamshell bonnet, raked windshield and sporty bumper will add to the visual quotient of the MPV and having large alloy wheels in the top-end variants could aid in enabling aggressive outlook.

Surprising for a MPV, the Renault RBC has a well-proportioned exterior, at least from the front. Widely speculated to be underpinned by the low cost CMF-A+ platform, it will likely offer a single petrol engine across the range. The uprated 1.0-litre three-cylinder engine from the Kwid could be mated to a five-speed manual or an optional AMT transmission.