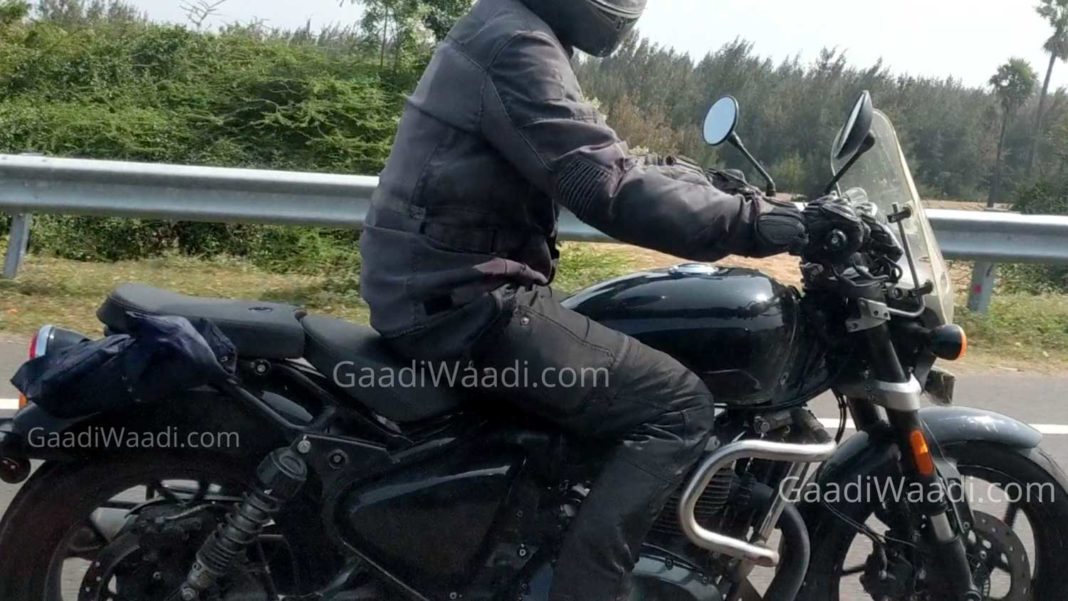 Royal Enfield has lined up an array of new motorcycles for debut into the near future. Following the recently launched Meteor 350, the homegrown manufacturer is expected to launch the next generation Classic 350 in the early stages of 2021 while the Interceptor 650 based smaller and more premium Interceptor 350/Hunter could also be introduced this year.

Another high profile launch in the pipeline is the flagship cruiser based on the 650 platform. It will more likely go on sale in the second half of the year. Commonly referred to as Royal Enfield KX650, it has already been spotted testing a few times revealing us most of the necessary details we need to know. The Cruiser 650 could be priced at around Rs. 3.20 lakh (ex-showroom).

The latest set of spy pictures we showed you a few days ago indicates the presence of a different rider’s position with a more middle set footpegs. In the earlier spy shots, the rider had a more relaxed forward set of footpegs. It appears to be the first Royal Enfield motorcycle equipped with upside-down forks as the brand concentrates on offering improved comfort-based and long ride characteristics. 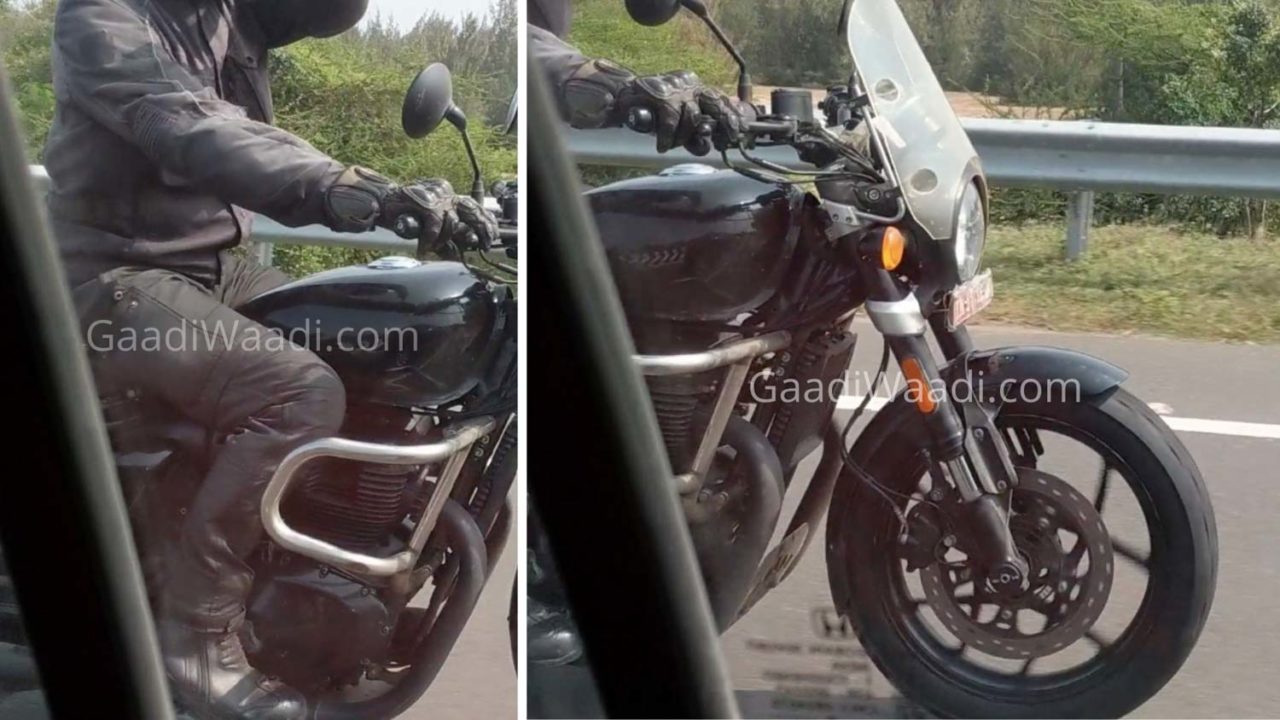 The test prototypes of the Royal Enfield 650 Cruiser also wore black multi-spoke alloy wheels and the split seat arrangement could be clearly seen in the latest images. Up front, it features a round-shaped headlamp with supposed LED Daytime Running Light, wide handlebar setup and analogue/digital instrumentation.

The Tripper Navigation system debuted in the Meteor 350 could also be available on this motorcycle as standard. Besides the smooth flowing body panels and a bulky stance to reiterate its upmarket appeal, the upcoming cruiser gets circular turn indicators and tail lamp. In addition, the production model could get dual-tone colour schemes, a range of accessories, chrome accents, etc. 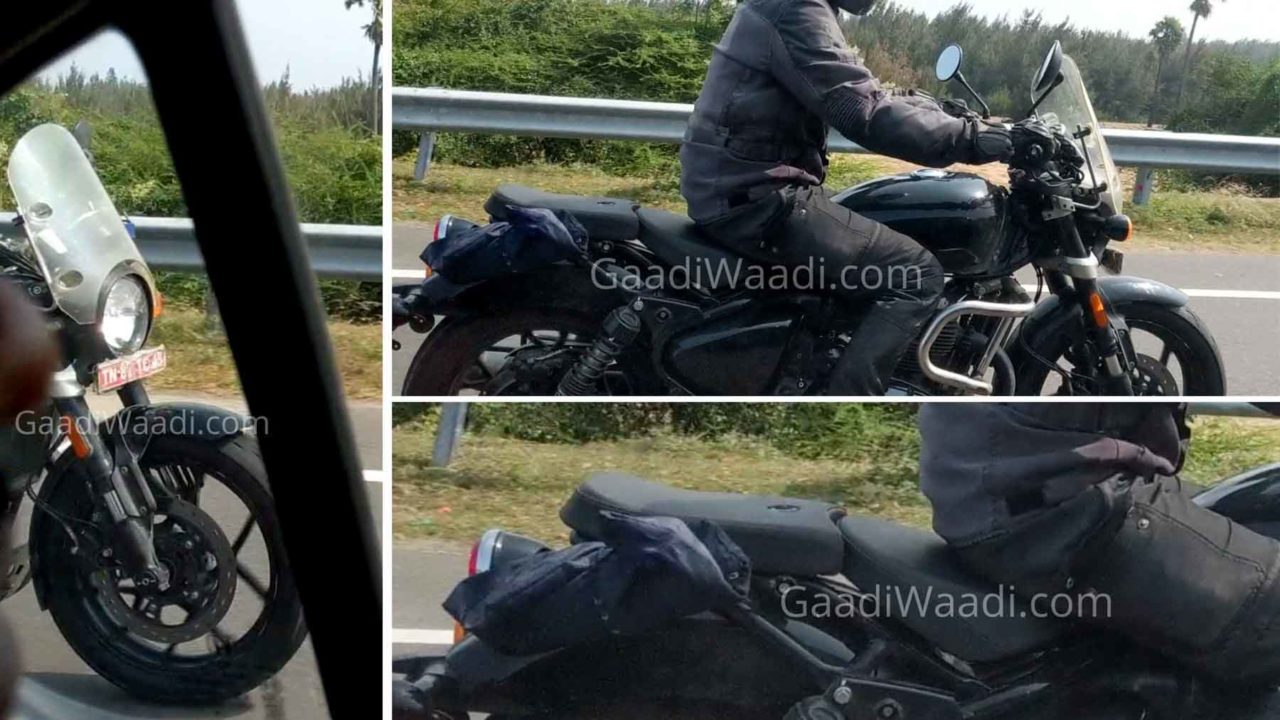 Moreover, it appears to have a longer wheelbase and could get composed riding characteristics when compared to Int and Conti. As for the powertrain, the 648 cc parallel-twin with 270-degree firing order will likely be utilised producing 47 PS maximum power and 52 Nm of peak torque, and is paired with a six-speed transmission. A dual-channel ABS system will be available as standard.