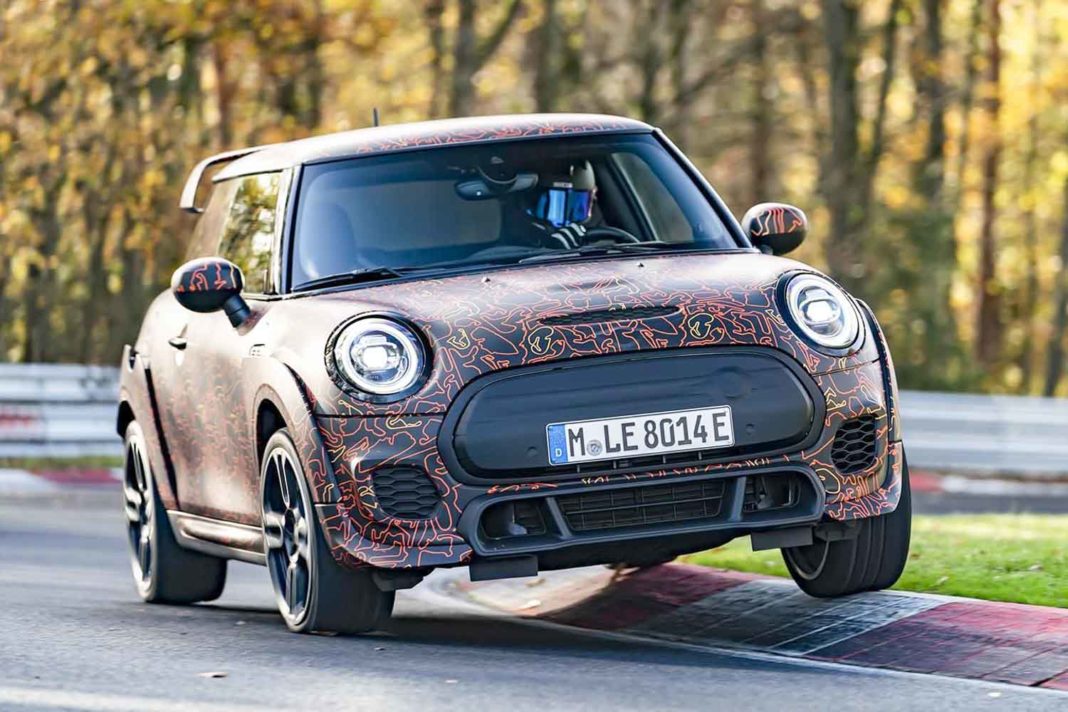 The Mini John Cooper Works EV will be an electric hot hatch, with primary focus on performance and fun, if the teaser is to be believed

The automobile industry is headed towards an electric future, and things seem to be moving much faster in that direction nowadays. Carmakers are announcing one EV after the other, especially for the US and European markets. Mini has just released a new video teaser for the JCW electric, wearing full-body camouflage and driving around on a racetrack.

The teaser seems to suggest that the development of the electric JCW is happening on the track, and thus it will focus mainly on the fun aspect. This is a given, of course, as the ‘John Cooper Works’ nametag is only worn by the performance-focused Minis. Despite the camouflage, plenty of design details of the upcoming vehicle are visible here.

The front bumper gets a wide splitter and air dam, along with a side vent on each, well, side. The front grill has been closed, as usually happens with EVs based on ICE cars. At the rear, we see some more aero parts. The car gets a huge roof-mounted spoiler, which looks pretty as well as sporty, and the rear bumper noticeably lacks a tailpipe.

The signature Union Jack taillights can also be seen here. The car also gets painted brake callipers, which add further to the sportiness. The teaser gives us a tiny glimpse of the all-black interior as well. Rumours about the development of Mini JCW electric have been floating around the internet for almost a month now, and this teaser finally brings us a confirmation.

Mini, and parent company BMW, have not revealed any info about the powertrain of the upcoming JCW EV. Speculations suggest that the JCW electric will get a twin-motor setup, one on each axle, to give the vehicle an all-wheel-drive format. The regular Mini EV is rated at 184 HP and 270 Nm, and the JCW will be significantly more powerful than that. 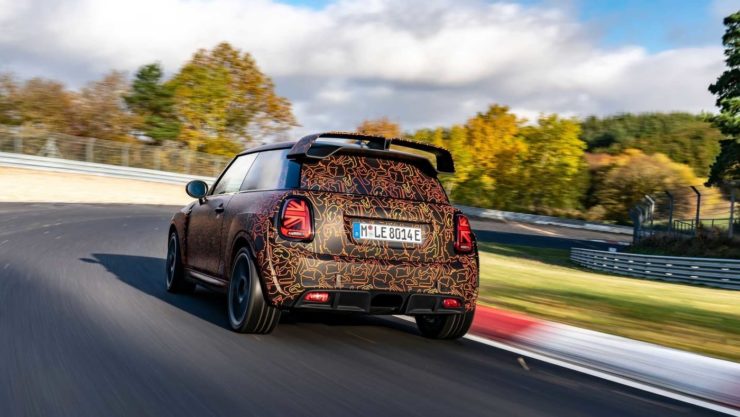 The arrival of the Mini JCW electric won’t be the end of the regular, gasoline-powered model. The company has officially stated that its future internal combustion engines will have an “important role to play” as well. We expect the Mini John Cooper Works Electric to officially debut around mid-2021.