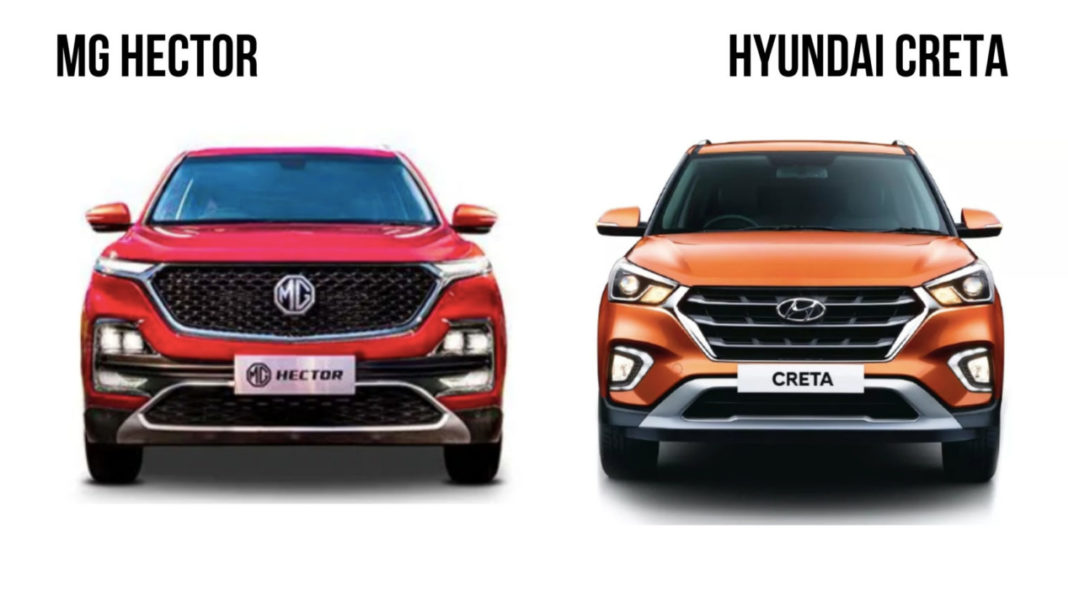 MG Hector SUV to be launched in the Indian market next month, along with Tata Harrier and Jeep Compass, It will also take on the top-end variant of the Hyundai Creta

MG Hector unveiled yesterday and will be launched next month in the Indian market. The highly anticipated India-specific SUV gets a long list of segment first features. The MG Hector will take on the likes of Jeep Compass and Tata Harrier directly in India, but since it is expected to get a very attractive price tag, we can expect the MG hector to take on the top-end variants of the Hyundai Creta as well. Here is a detailed comparison between the MG Hector and the best-selling SUV in the segment – Hyundai Creta.

The MG Hector is massive in size. So much, that it towers over all other vehicles in the segment including the Mahindra XUV500 too. The MG Hector is much bigger in dimensions than the Creta also. It measures 4,655mm in length, 1,835mm in width and 1,760mm in height. 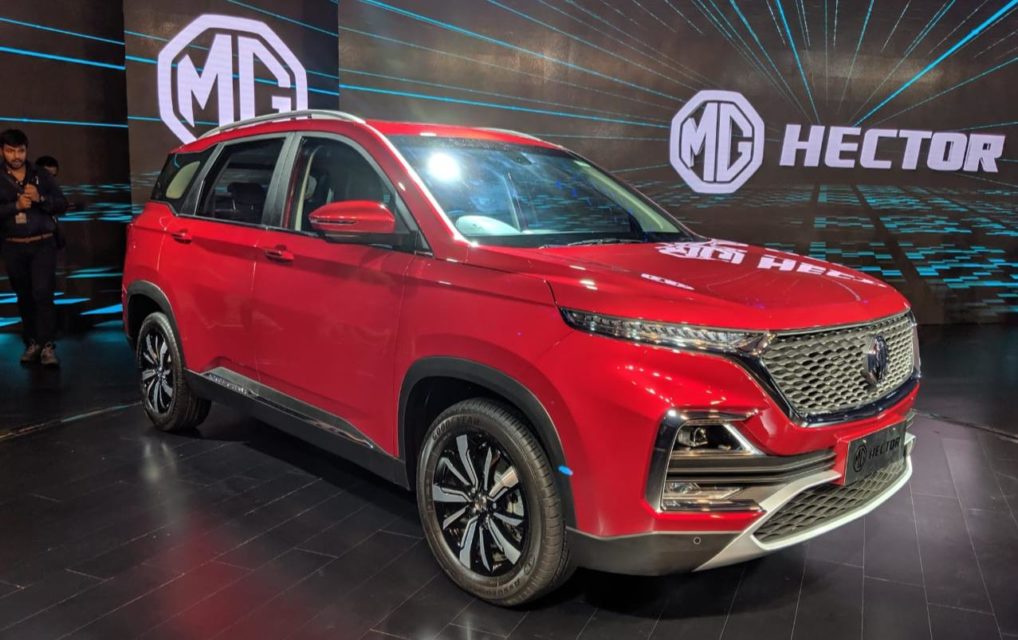 Visually, the MG Hector looks massive on the road and with its new-age styling, it catches more eyes too. The Hector gets separate housings for the DRL and main headlamp cluster, which makes it look sleek from the front. The Hyundai Creta uses the conventional set-up of headlamps placed beside the grille while the fog lamps are placed lower in the bumper. The Hector also looks much more brutish because of its design and gets a lot of chrome too.

The petrol engine will also be available with a 48V hybrid system. MG will offer a choice between a 6-speed manual and a 7-speed Dual Clutch Automatic Transmission with the petrol variants. The diesel variants will get the 2.0-litre Multijet engine that also powers the Jeep Compass and the Tata Harrier in the Indian market. 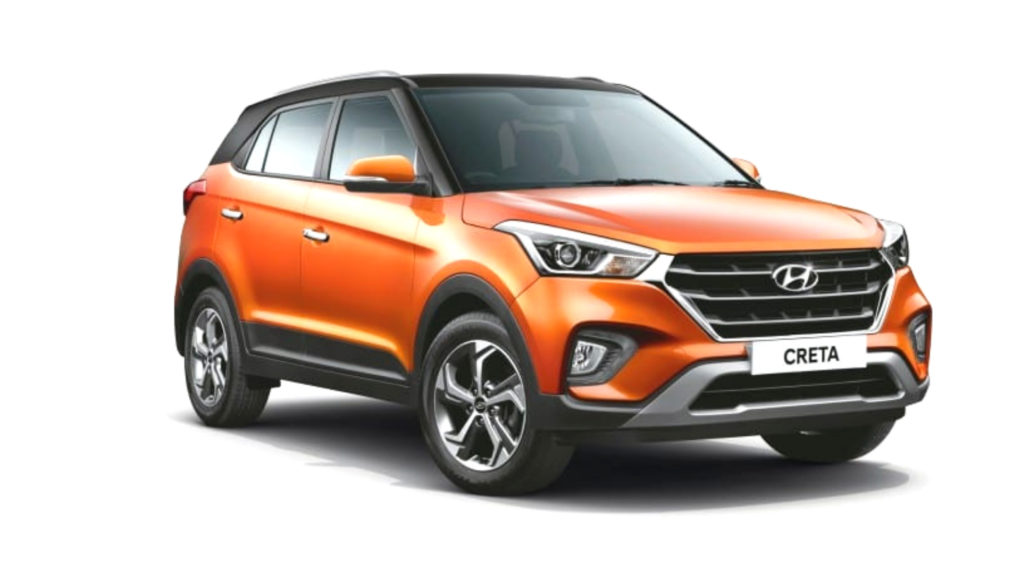 The petrol variants of the Hyundai Creta get the 1.6-litre engine that generates a maximum of 124 PS and 154 Nm. It also gets the same 6-speed manual and 6-speed automatic transmission. Both the MG Hector and Hyundai Creta do not offer AWD system.

The MG Hector will come with a long list of features while the Hyundai has always been known for being the feature-king of the segment. However, there are quite a lot of features in the Hector that is not available with the Creta.

To start with, the MG Hector offers a 10.8-inch touchscreen infotainment system that gets an eSIM. It always remains connected to the Internet and gets various features like live tracking of the car, remote control features from a smartphone and more. The Hector also gets an Artificial Intelligence enabled system that can be used to control anything in the like. 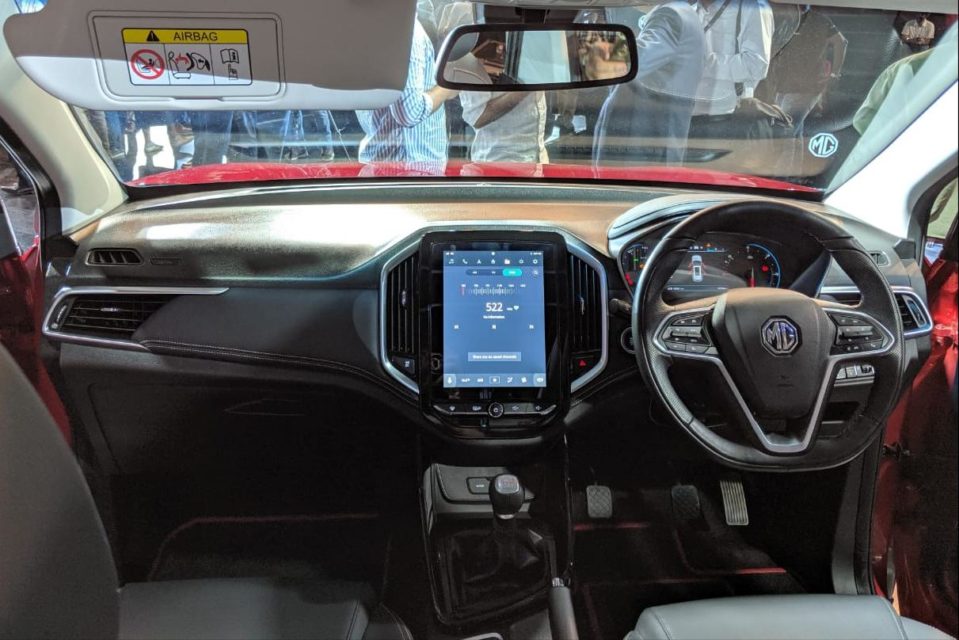