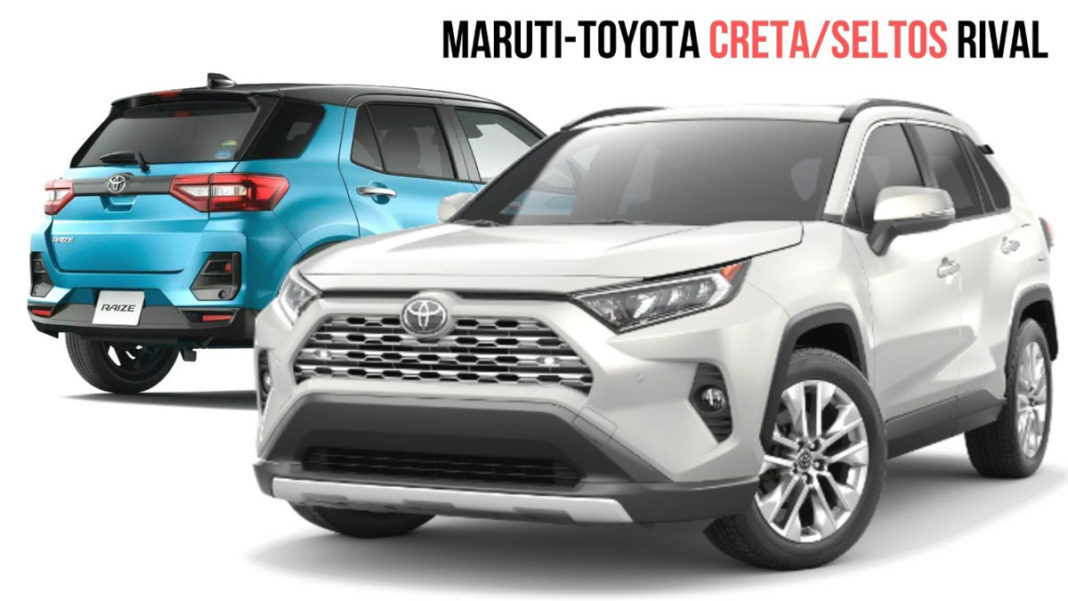 Maruti Suzuki is working on a host of new SUVs including a midsize SUV in partnership with Toyota, a flagship seven-seater, a compact SUV and Jimny for India

Maruti Suzuki India Limited (MSIL) is working on a number of new models for the future and a host of SUVs are in the pipeline. The largest carmaker in the country has no less than five SUVs in the development. In 2022, the Indo-Japanese manufacturer will introduce the new-gen Vitara Brezza, the facelifted Baleno and the next-gen Alto.

The upcoming Maruti Suzuki Vitara Brezza and Baleno were leaked online as the pictures of the undisguised production model gave away most of the details. The Jimny lifestyle off-roading SUV has been given the nod for India launch alongside a compact SUV with a coupe-ish body type and it will more likely be based on the Heartect platform.

It will reportedly sit above the Brezza. In addition, Maruti Suzuki and Toyota are developing a midsize SUV to address the demands of the buyers in the highly competitive space. It will compete against Hyundai Creta, Kia Seltos, Tata Harrier, Nissan Kicks, Renault Duster, VW Taigun and Skoda Kushaq, and it could have an overall length of around 4.3 metres.

The new iteration of the Vitara Brezza could just be named the Brezza as the Vitara name could be reserved for the forthcoming midsize SUV internally codenamed YFG. It will be underpinned by the DNGA platform and will spawn a Toyota version. Both Maruti Suzuki and Toyota SUVs will likely be manufactured at TKM’s plant in Bidadi, Karnataka.

This midsize SUV will reportedly be the next generation Vitara but unlike the recent crop of rebadged cars, the five-seater will be developed based on each brand’s taste and preferences with different styling approaches. As for the performance, a 1.5-litre four-cylinder petrol engine with a strong hybrid system could be utilised.

The powertrain could be tuned for good performance as well as efficiency and both manual and automatic transmissions might be offered. It will be slotted below the upcoming flagship seven-seater SUV codenamed the Y17. As for the interior, we can expect the next generation Vitara to have a floating touchscreen infotainment system, connected features, upmarket surface finishes and so on.