Maruti Suzuki and Toyota are jointly developing a new midsize SUV for the Indian market. The two manufacturers will launch the SUV individually under their respective brands. Maruti’s version was recently spied during road testing, being driven around Maruti Suzuki’s Gurugram plant, and the new spy pictures give us a close look at the test model.

In these spy shots, posted online by Anit Katiyar, the SUV’s exterior design can be noticed through the camouflage. The front end features a large grille, along with a pair of vertically-split headlamps. The side profile is quite simplistic and fairly boxy overall. At the rear, it seems like the SUV will get wraparound taillights, and there are two parking sensors in the muscular rear bumper.

Interestingly, the design of the alloy wheels is the same as the ones on the 2022 Suzuki Vitara, which is available in a few international markets. There could be more aesthetic similarities between the Vitara and this forthcoming Maruti SUV; we’ll have to wait for clearer spy pictures or the official debut to confirm that. 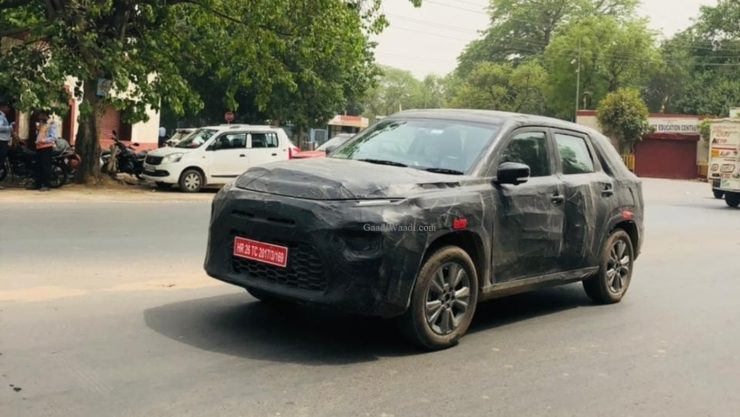 This upcoming Maruti-Toyota SUV is expected to be available with two electrified engine choices. One would be a mild-hybrid option, while the other would be a proper hybrid option. The latter powertrain will help boost the fuel economy numbers of the SUV, making it one of the most fuel-efficient vehicles in its segment.

We also expect a lot of features and equipment to be offered here, like an electric sunroof, a large touchscreen infotainment system, 360-degree camera, heads-up display, ventilated seats, six airbags, vehicle stability control, connected car tech, etc. The long list of features will help the SUV be competitive in its segment, unlike Maruti S-Cross. 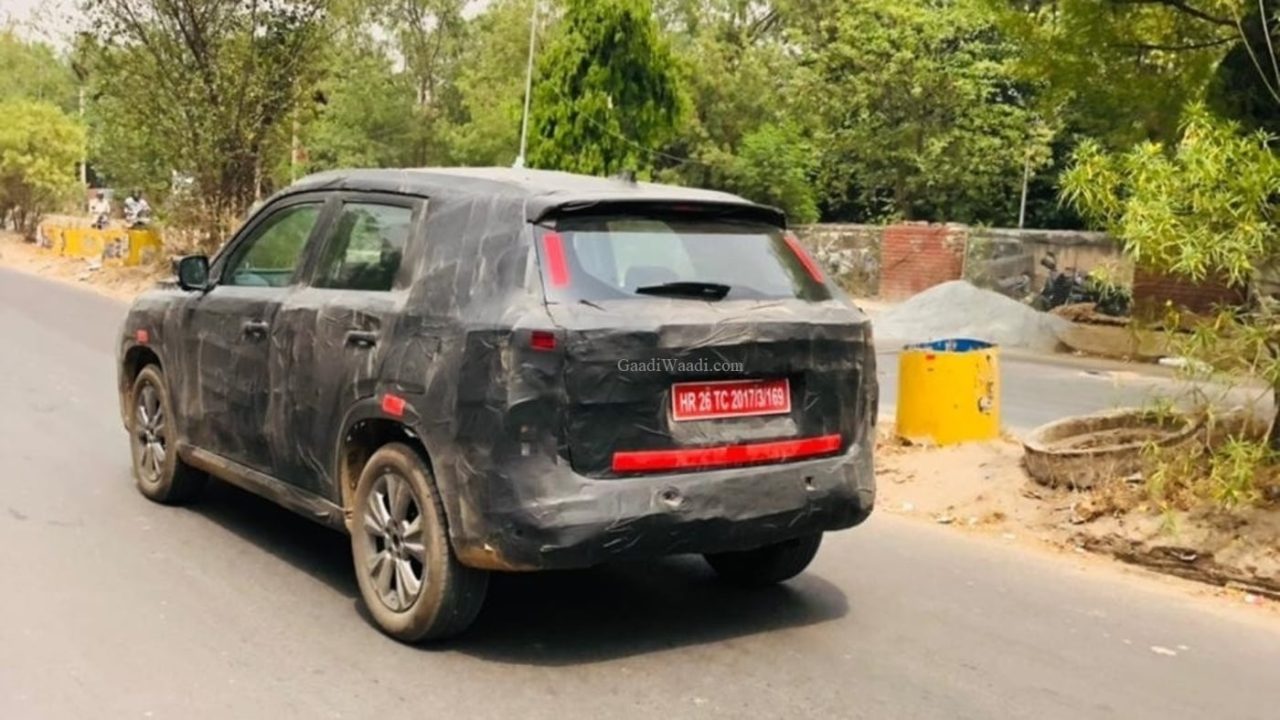 This Maruti-Toyota SUV is expected to launch in the Indian market around Diwali this year. Maruti’s version (codenamed YFG) and Toyota’s version (codenamed D22) will have significant visual differences between them, although mechanically, they will be identical. Upon arrival, they will rival the likes of Hyundai Creta, Kia Seltos, Skoda Kushaq, etc.