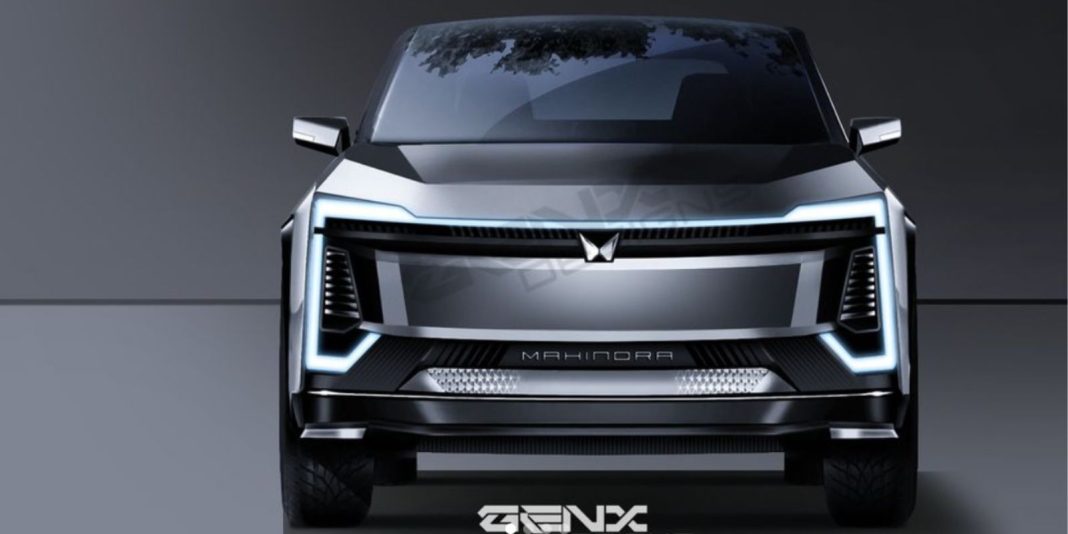 A total of three Mahindra Born Electric SUV concepts have been teased and they will make their global debut on August 15, 2022 previewing the brand’s electric future

Mahindra & Mahindra will host the global premiere of the Born Electric Vision based SUV concepts officially on August 15, 2022. While the brand has been teasing the exterior and interior of the trio of electrified SUVs in a series of videos on its social media platforms, their technical specifications such as the size of the battery pack, driving range and advanced features list and futuristic technologies have not been revealed yet.

There is no denying that the concepts will give rise to future electric Mahindra SUVs and they are expected to be a compact SUV, a midsize SUV and an SUV coupe. Here we have a teaser-based rendered image of one of the upcoming electric SUV concepts showcasing the design details at the front. It boasts an upright front end with C-shaped LED lighting elements connected by a thick light strip at the top and below which Mahindra’s new Twin Peaks logo is positioned.

The render shows traditional rearview mirrors as opposed to a camera system previewed by the concept. Other highlights are a raked front windshield, muscular bonnet structure, black finished pillars, dark chrome exterior paint scheme, a unique lower bumper, etc. Mahindra is aiming to introduce as many as nine new vehicles by 2026 and six of them will be battery powered. Amongst them, two will be Born Electric vehicles. 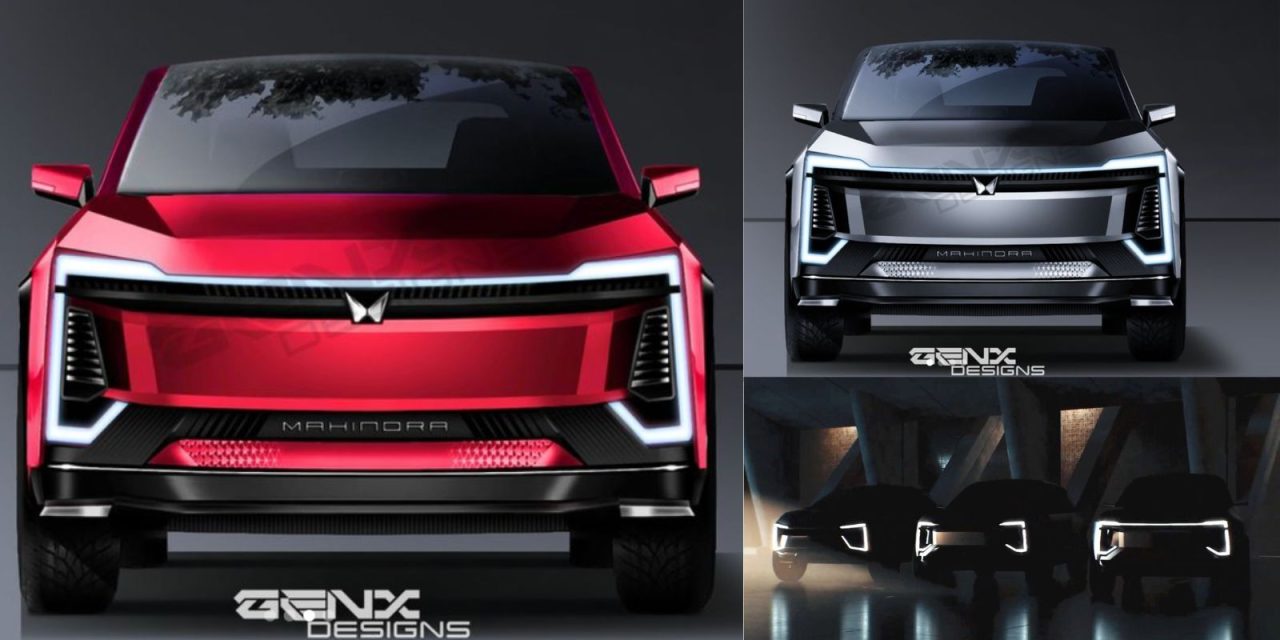 They will be based on a dedicated skateboard with optimal packaging and a flat floor enabling a spacious cabin and the design details will likely be radical. Other visual highlights we have noted from the teaser videos are sharp body panels, star-shaped wheels, rectangular-shaped steering wheel, a horizontally-positioned digital cluster with the Twin Peaks logo fitted in the centre, prominent side body cladding, squarish black wheel arches, and double-bubble roof spoiler.

Cosimo Amadei, Design Director at MADE (Mahindra Advanced Design Europe), said in a teaser video that the Born Electric concepts will carry an original design philosophy and it takes impetus from the company’s expertise in Formula E over the years. Mahindra has already confirmed that the XUV300-based electric SUV, which could be christened the XUV400, will be launched in India in early 2023.

It will sit on SsangYong Tivoli’s X100 platform and will be 200 mm longer than its ICE sibling offering a bigger bootspace. It could be followed by the electric version of the KUV.