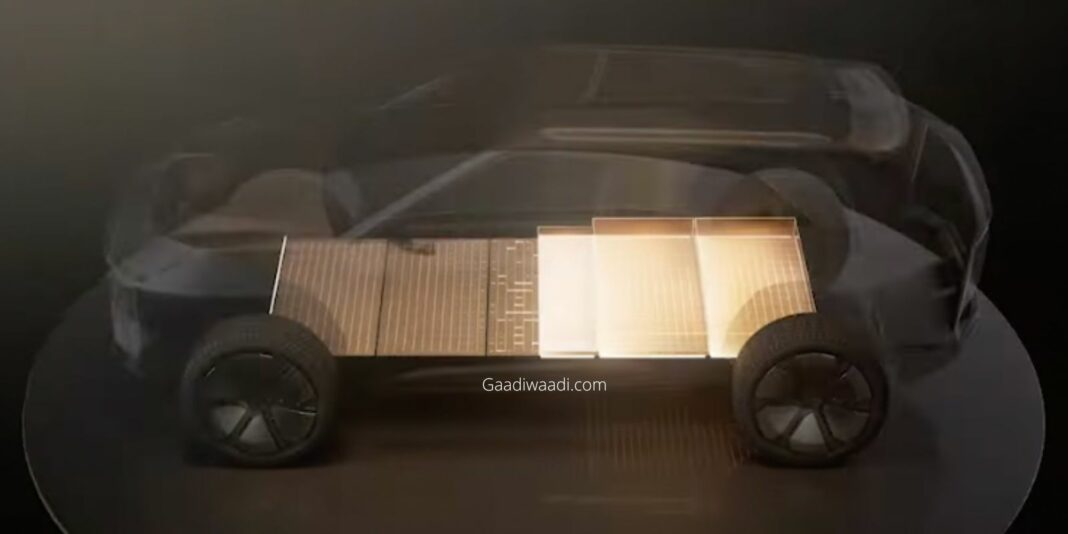 Following the announcement that it would unveil five electric vehicle concepts on August 15, 2022, Mahindra has again teased the Born Electric range by giving us a preview of its technologies and features that will be available. The EVs pertaining to the future will make their global premiere on Independence Day at 5 PM IST.

They will be revealed at Oxfordshire, United Kingdom. The user’s personalisation options include adjusting seat to suit the driver with different degree of reclination, climatic operation, setting music preferences and adjusting ambient lighting through a new user interface on the horizontally oriented large touchscreen infotainment system and Mahindra calls it ‘Multi-sensory experiences’.

Mahindra has given us a glimpse of the overall UI layout and the interior will undoubtedly have less use of physical buttons as most of the functionalities will be through touch action and it will also enable navigation and Bluetooth connectivity. Previous teasers indicate that the interior will boast a dual infotainment screen as in the XUV700 but in a more modern way.

The wraparound design around the driver’s cockpit will be accentuated by the ambient lighting system and courtesy of the minimalistic theme, the air conditioning vents are hidden in the dashboard. The centre console is laid out neatly and could get a rotary dial for the drive modes and a drive selector while ADAS technologies will also be deployed.

The two-spoke hexagonal-shaped steering wheel and a panoramic sunroof will also be present. The ‘Born Electric’ SUVs are developed by the Mahindra Advanced Design Europe (MADE) in Oxfordshire and the program is spearheaded by Mahindra Chief Designer, Pratap Bose. we do expect one of the five concepts to be the electric version of the XUV700.

They will predominantly have a coupe-like roofline and the smaller of the concepts could be the XUV400 – an electric compact SUV based on the XUV300 to rival the likes of Tata Nexon EV. The teasers have also revealed C-shaped headlamps and tail lamps, LED lighting strip, sharp body panels, etc.