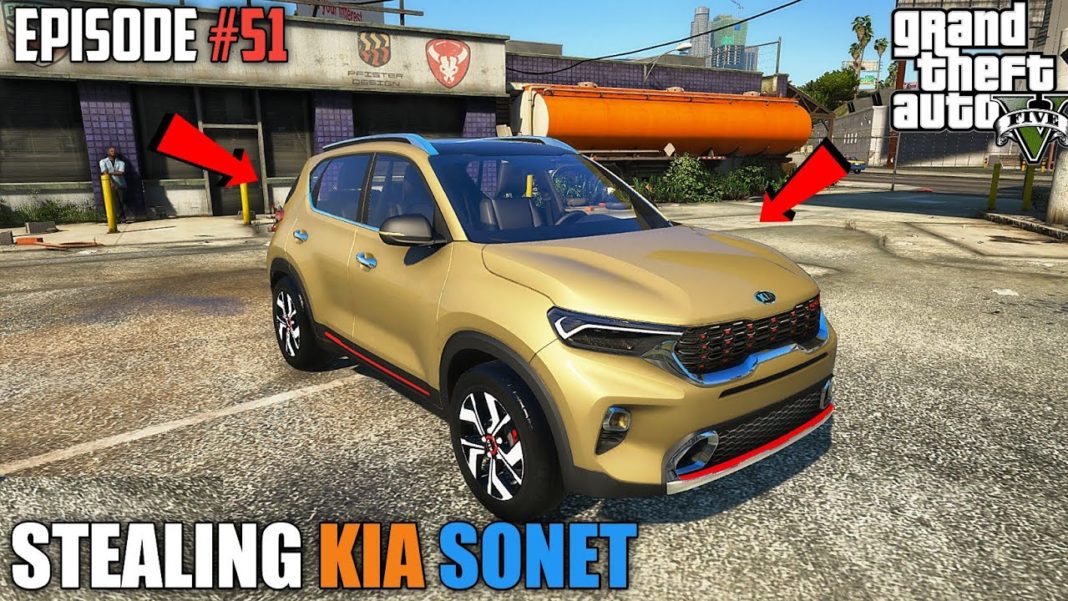 In the video linked below, Kia Sonet can seen in a sequence alongside the Maruti Suzuki Vitara Brezza on GTA V

Kia Motors hosted the global premiere of the Sonet nearly a month ago and it will be launched on September 18 in India. It will be exported to many overseas markets from Kia’s production base in Andhra Pradesh and the first customer unit was rolled out recently as well. The bookings of the compact UV soared in no time and more than 6,500 reservations were made in the very first day.

The five-seater will compete against Maruti Suzuki Vitara Brezza, Hyundai Venue, Tata Nexon, Ford EcoSport, Mahindra XUV300 and a trio of upcoming models like Toyota Urban Cruiser, Nissan Magnite and Renault Kiger. The sub-four-metre SUV will be offered with the segment-largest 10.25-inch touchscreen infotainment system, highest ground clearance of them all and the largest boot volume.

To be offered in GT Line and Tech Line trims, the Sonet has made its gaming debut on GTA V. The popular Grand Theft Auto V game saw the Sonet in an escape sequence and the video posted here will give you a clear information and the realistic view during the game play. The Sonet, in this particular video, can be seen alongside the Maruti Suzuki Vitara Brezza.

Back to the real world, the Sonet will be retailed in three engine choices: a 1.2-litre petrol, a 1.5-litre diesel and a 1.0-litre turbo petrol. The bigger petrol kicks out 83 PS and 115 Nm and it will be paired with a five-speed manual transmission while the turbocharged three-cylinder petrol reserved to the GT Line trim with contrast red exterior and interior highlights kicks out 120 PS and 172 Nm.

It is connected to either a six-speed iMT debuted in the Venue and a seven-speed dual clutch automatic gearbox. The solo four-cylinder diesel mill develops 100 PS and 240 Nm, and is linked to a six-speed manual or the segment-first six-speed torque converter automatic transmission.

Expect the price range of Sonet to hover around Rs. 6.5 lakh to Rs. 12.8 lakh (ex-showroom). Along the course of this month, Toyota will more likely introduce the Urban Cruiser to rival the Kia Sonet and other compact SUV, and is a rebadged version of the Vitara Brezza.