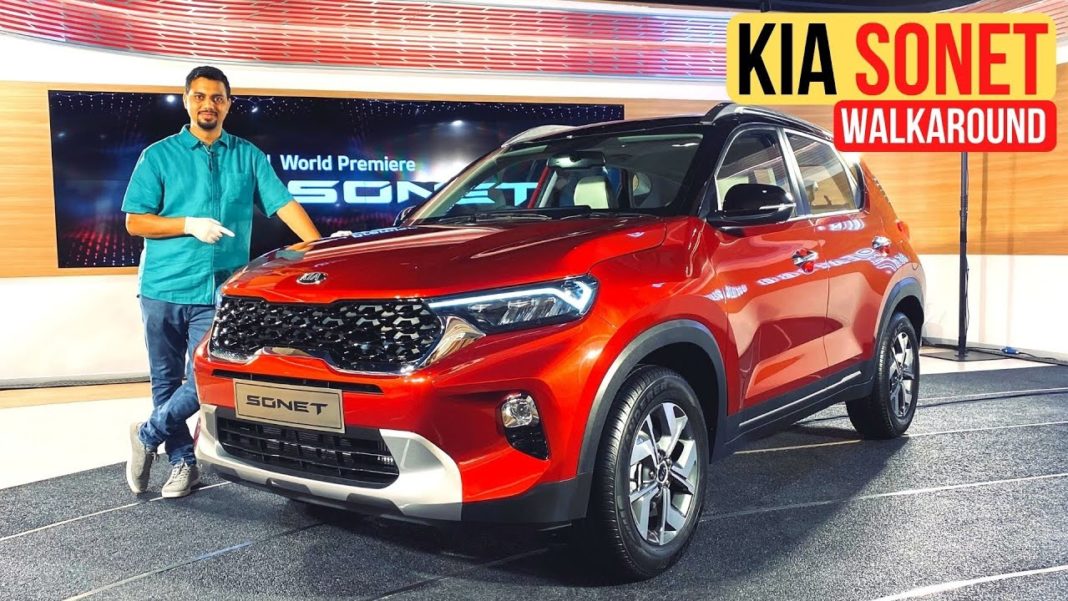 Kia Sonet will be offered with a 1.2-litre petrol, a 1.5-litre diesel and a 1.0-litre turbo petrol engine upon launch next month

Kia Motors India has finally revealed the long-awaited Sonet compact SUV for the domestic market digitally and it will go on sale next month. The bookings will commence soon and Kia has set a sales target of one lakh units in its first twelve months. The Sonet will compete against Maruti Suzuki Vitara Brezza, Hyundai Venue, Tata Nexon, Ford EcoSport, Mahindra XUV300 and Honda WR-V.

The sub-four-metre SUV sits on the same platform as the Hyundai Venue and they have several mechanical similarities. It will be powered by three engine options: a 1.2-litre naturally-aspirated petrol, a 1.5-litre diesel and a 1.0-litre three-cylinder turbo petrol. The bigger petrol unit kicks out 84 PS and 115 Nm while the oil-burner generates 100 PS and 240 Nm.

The former will be paired with a five-speed manual and the latter gets a six-speed manual as standard. Optionally, a seven-speed dual-clutch automatic transmission will be offered in the turbo petrol and the diesel comes with a six-speed torque converter AT. The South Korean auto major will sell the Sonet with iMT, which was recently launched in Venue.

The turbocharged direct-injected gasoline mill generates 120 PS maximum power and 172 Nm of peak torque. The exterior of the Sonet resembles that of the concept unveiled at the 2020 Auto Expo in February, except for minor changes. The front fascia comprises of signature Tiger Nose front grille, sharp headlamps with LED DRLs, sporty bumper and fog lamps, etc.

The sub-four-metre SUV will be available in dual-tone colour schemes and the GT Line variants gets unique contrast highlights both inside and out. The rear end has horizontal LED tail lamps with dual exhaust pipes and aggressive bumper. The interior is loaded with features such as a 10.25-inch HD touchscreen infotainment system with Apple CarPlay and Android Auto connectivity. 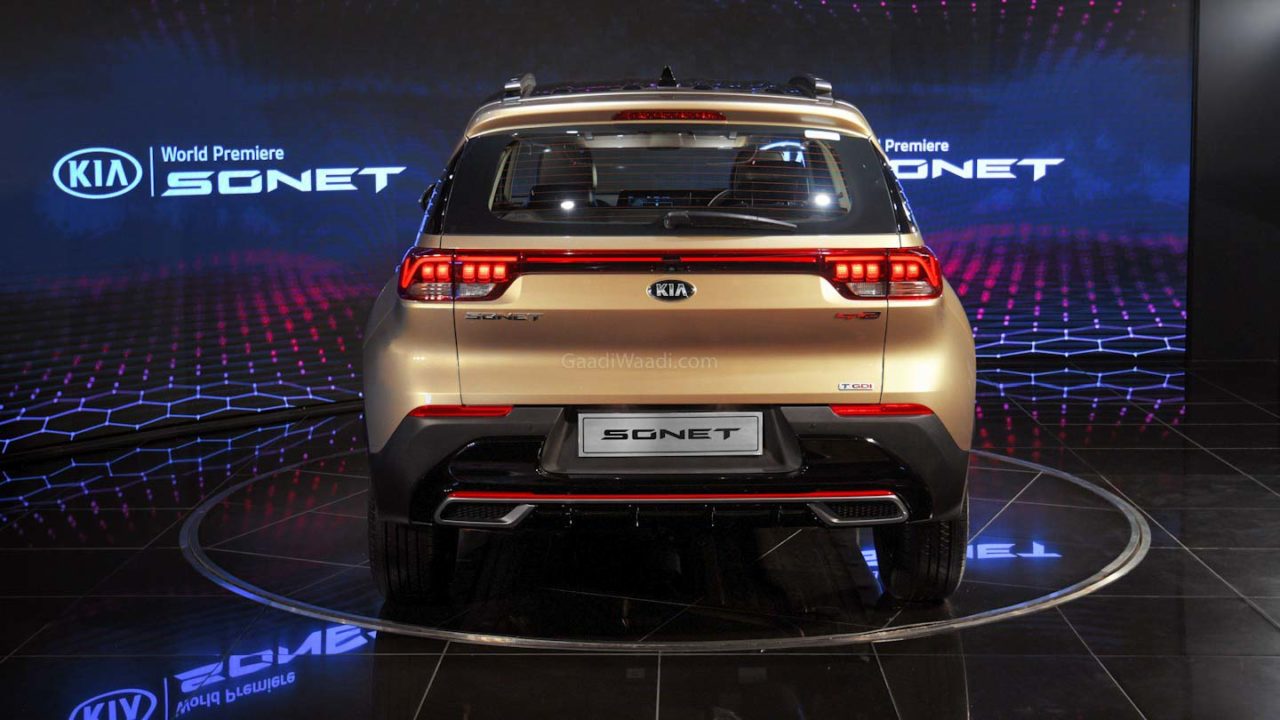 All the necessary details have been explained on our walkaround video linked above. The UVO Connect enables e-SIM with 57 connectivity features, and other highlights include wireless charger, sunroof, air purifier, ventilated front seats, automatic climate control, cruise control, multi-functional steering wheel, digital read out and so on.