Here, we have a digitally rendered image showcasing what the production-ready model of the Kia Seltos EV would look like

Kia Seltos is one of the most successful cars in India currently, despite the sales slowdown plaguing the auto market. The brand’s first product in our country, the Seltos, also held the bestseller spot in its segment briefly, although the next-gen Hyundai Creta has managed to snatch that crown.

Previously, there have been reports that Kia is planning to introduce an electric vehicle based on the Seltos. Here, we have a digital imagining of the upcoming Kia Seltos EV, and to be honest, it seems production-ready in these images! While the design is largely similar to the Seltos, we have a few noticeable differences here and there.

The front end of the Seltos EV rendering features a closed grille, which is a common design theme in EVs. The grille also houses the charging port and gets chrome-lining on the surrounds. The car also features blue-coloured inserts on the nose and on the front bumper, which is perhaps the biggest visual differentiation. The alloy wheels are also new, and look premium with the dual-tone, diamond-cut finish. 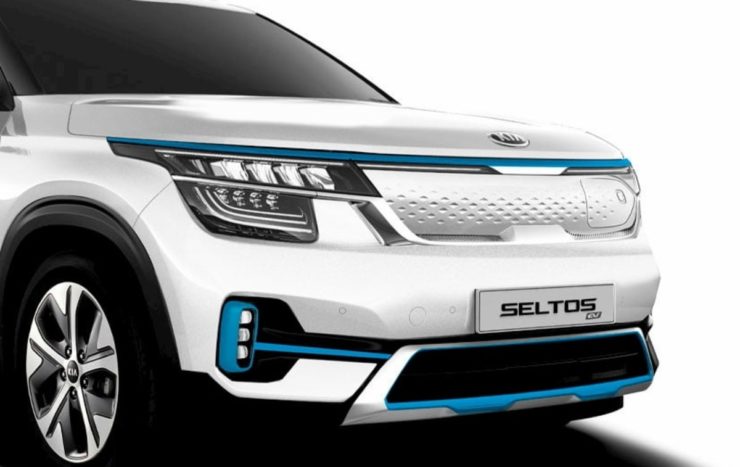 These design cues seem to be inspired by the Kia Niro EV, which is another electric crossover SUV by the brand. Initial reports also suggested that the Seltos EV will have the same powertrain as the Niro EV, which is powered by a 64 kWh battery pack. The Niro EV is rated at a maximum horsepower of 201 hp and a peak torque of 395 Nm, and delivers a claimed driving range of up to 380 km.

We, however, think that Kia would probably use a smaller battery pack and motors for the Seltos, as this 64 kWh unit will probably be too expensive for the Seltos EV in India. The 39.2 kWh battery of the Hyundai Kona EV seems like a much better option. The Kona EV develops significantly less power output than the Niro EV, but torque output is the same (134 hp and 395 Nm). Its ARAI-tested driving range is 452 Km, which is extremely impressive! 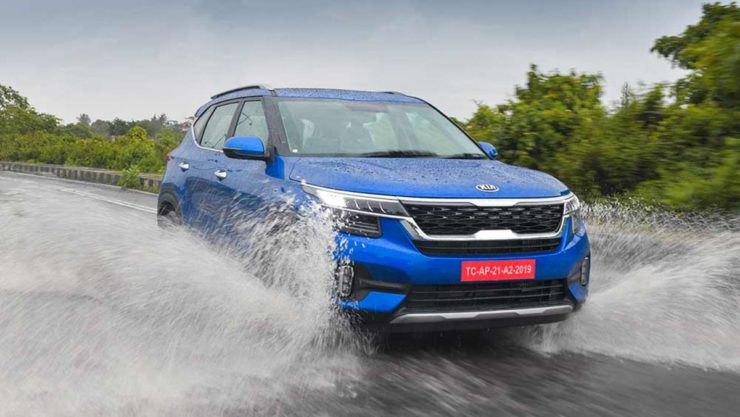 Another option could be the 56.5 kWh battery that would be used on the Kia K3 EV and Hyundai Lafesta EV, both of which were showcased during the Guangzhou Motor Show in November last year. Both the cars are rated at 201 hp and 310 Nm, with a claimed driving range of 490 km.