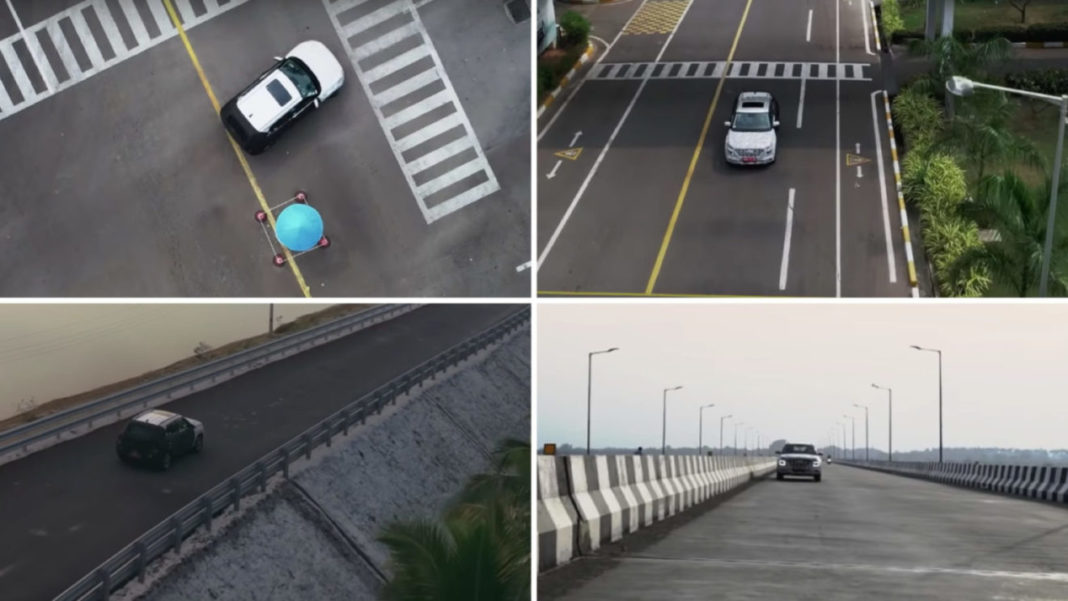 Hyundai will use the 2019 New York International Auto Show to globally premiere the sub-four-metre SUV; India launch likely by mid-2019

Hyundai Motor India Limited (HMIL) has released the first teaser video of the upcoming sub-four-metre SUV under the project #WhenYouLoveToExplore. The heavily camouflaged test mule can be seen exiting Hyundai’s manufacturing base in Sriperumbudur near Chennai, Tamil Nadu and after a number of overhead drone shots through some of the city’s popular landscapes, the SUV drives over bridges with the #NextChallenge to be continued at Aravalis.

The South Korean auto major has long been expected to enter the compact SUV space below Creta as it has a compelling presence in almost every other volume focussed segments. Codenamed QXi, the SUV is expected to be named Styx for India and Leonis elsewhere as it has domestic as well as global importance for the brand. The QXi has been caught testing on camera several times over the last few months.

It will make its global premiere at the 2019 New York International Auto Show scheduled between April 17 and 29. The QXi or Styx draws heavy design inspiration from the latest crop of Hyundai SUVs sold worldwide. The front fascia adorns the now-signature Cascading grille while the LED DRLs sit on top of the conventional headlamps as a separate unit.

The side profile has sharp edges as the Creta and dual-tone machine-cut alloy wheels will be offered in the top-end variants. The roof rails and shark fin antenna are other purposeful features accompanying the horizontal LED tail lamps. It does not have a funky styling as Tata Nexon but good enough to boast authentic stance of an SUV. It will be sold in three different engine options: 1.0-litre turbo petrol, 1.4-litre petrol making 100 hp and 1.4-litre diesel with 90 hp.

The smaller petrol engine will be offered with a six-speed manual or a seven-speed segment-first dual clutch auto, and it will reportedly produce 100 hp and 172 Nm. The interior will have several commonalities with the Creta as an upmarket dashboard, premium material choices, leather seat upholstery, usable storage spaces and soft-touch finishes will be part of the package.

Front ventilated seats, large touchscreen infotainment system with Apple CarPlay and Android Auto connectivity, reverse parking sensors and camera, multiple airbags as much as seven, ABS with EBD, ESC, panoramic sunroof, cruise control, voice commands, coloured MID, a host of standard features are expected to be on board. The Hyundai Styx will likely be priced between Rs. 7.7 lakh and Rs. 11 lakh (ex-showroom).