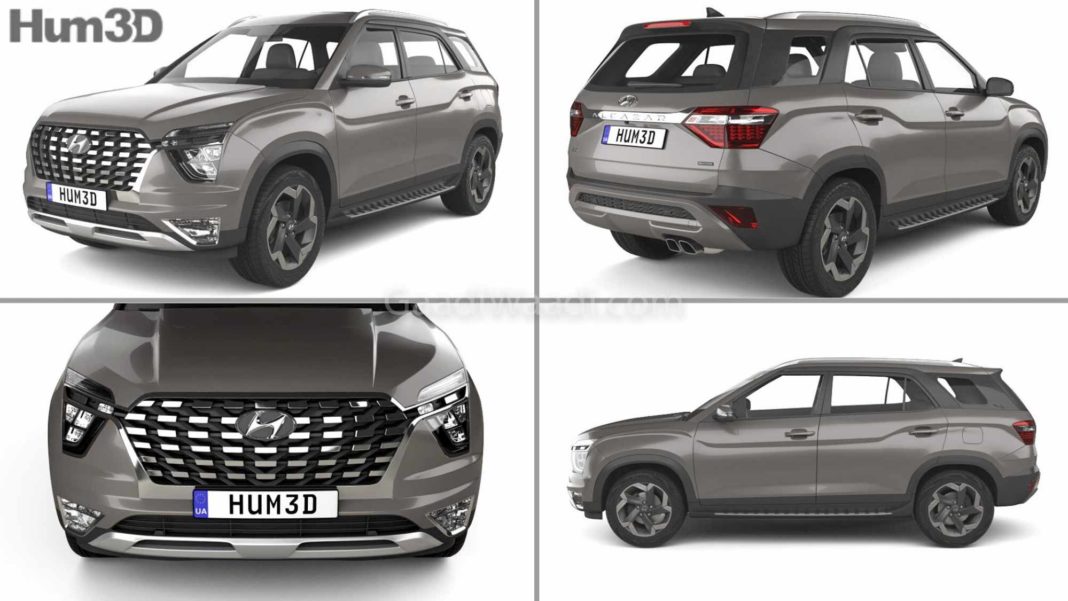 Hyundai Motor India Limited will be hosting the global premiere of the Alcazar seven seater SUV early next month and it has been leaked ahead of the debut. The Alcazar will go on sale in the coming months in India and it has apparent resemblances with the Creta.

The leaked images show the frontal, side and rear design of the Hyundai Alcazar. Up front, the three-row SUV features a prominent hexagonal grille section with chrome studs and the Hyundai badge is mounted in the middle.

Every design element is embellished in a glossy black trim and the split headlamp cluster with a tri-beam pattern is accompanied by sharp LED Daytime Running Lights and fog lamps mounted in the lower part of the bumper at an angular fashion. 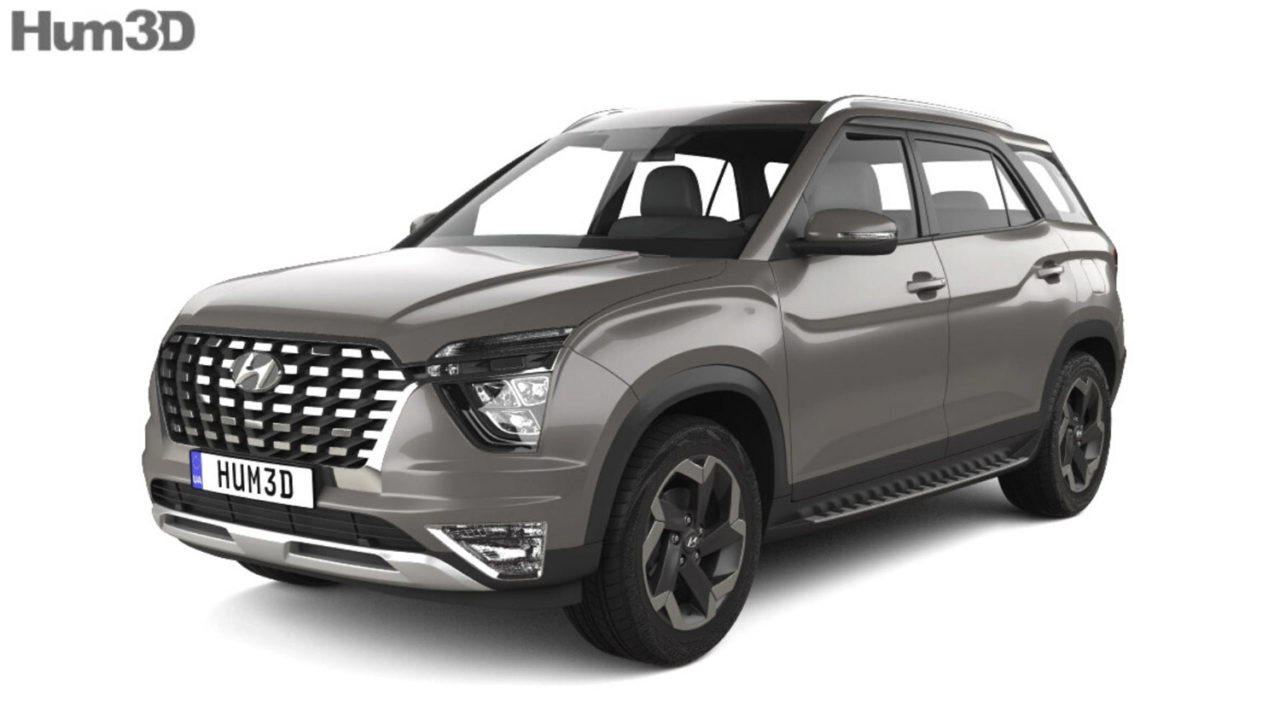 The front and rear faux skid plates along with black wheel arch cladding and side skirts add a bold character to the Alcazar. The overall length of the SUV has been increased to liberate space for the third row.

The Alcazar will compete against seven-seater MG Hector Plus, Mahindra XUV500 and recently launched Tata Safari, and it will likely be priced between Rs. 11.5 lakh and Rs. 18.5 lakh (ex-showroom). 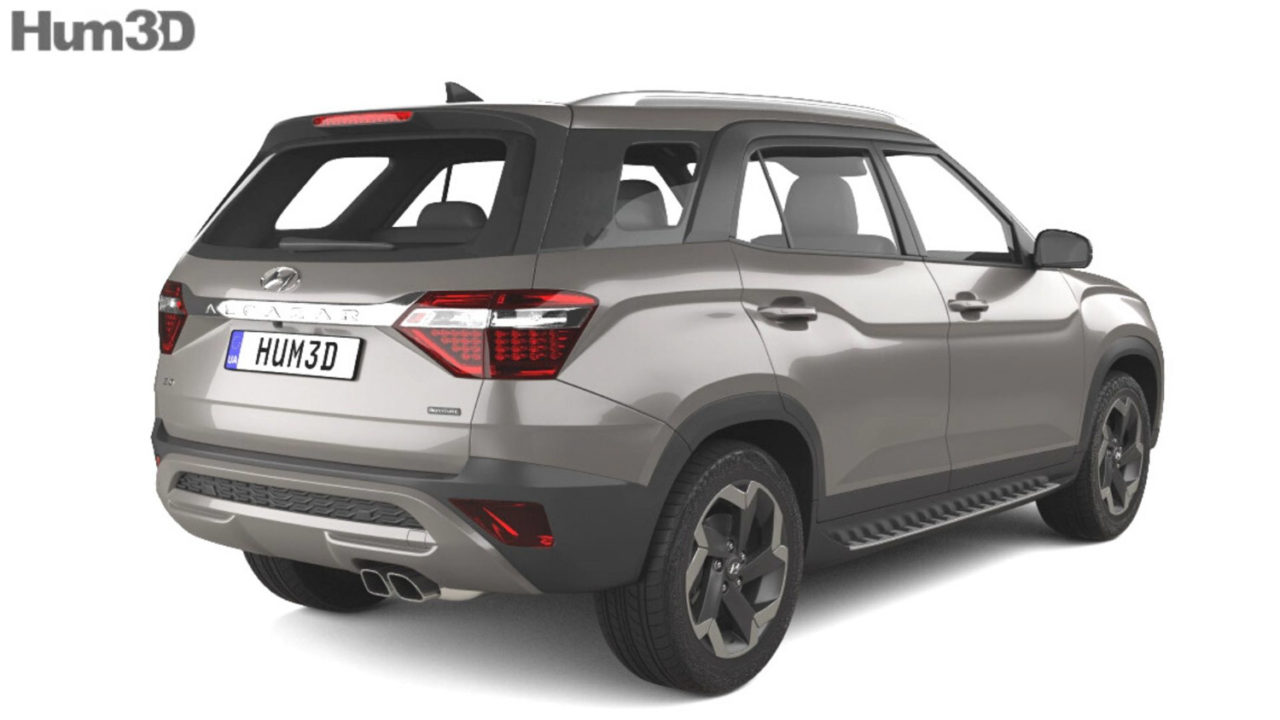 The updates made to the design meant that the rear has been redesigned as it gains C-shaped LED tail lamps connected by a thick chrome trim with ALCAZAR name embossed on it.

Other key exterior elements are roof rails, shark fin antenna, newly designed alloy wheels, high mounted stop lamp and dual exhaust outlets. The interior will largely resemble the Creta except for a new dual tone theme and the Alcazar will be offered in six- and seven-seater configurations with middle armrest and Cup holder. 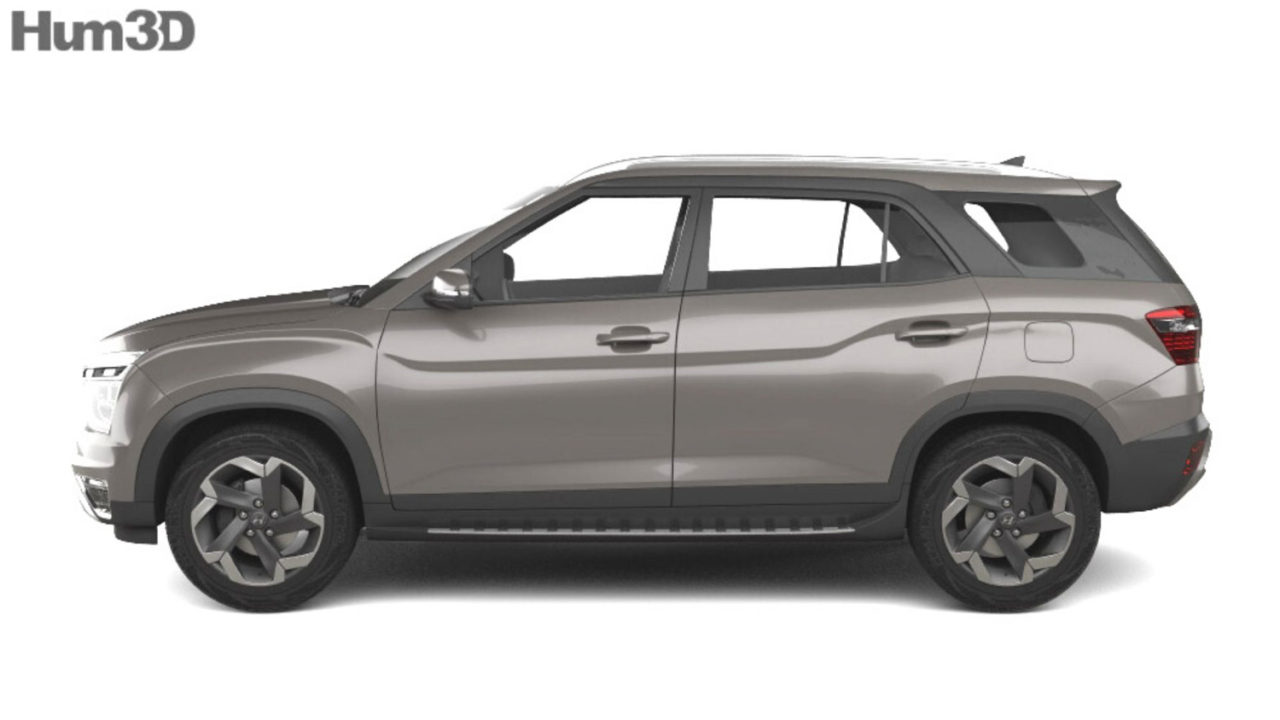