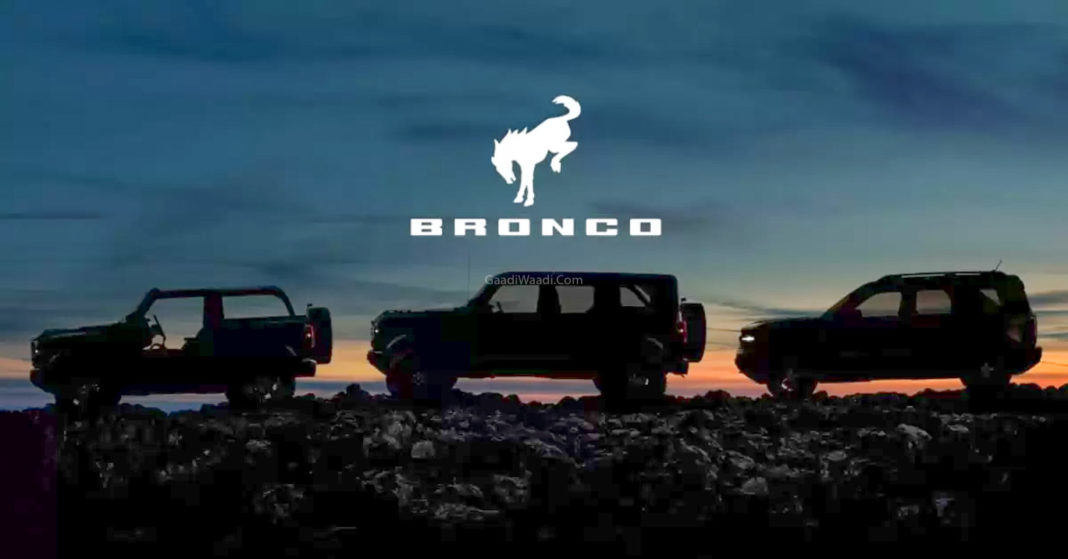 With the new Ford Bronco just days away from making its global debut, it gets ‘Built Wild’ tagline on its much-anticipated comeback to the US market. The Bronco range will offer three 4WD SUVs: a two-door model, a four-door Bronco for the first time and the more compact Bronco Sport and all of them have been teased in a video showing their silhouette.

The Blue Oval says the new Bronco line is different from the current crop of SUVs offered by the brand as it went through Built Wild Extreme Durability Testing under tough climatic and surface conditions. Underlining the go-anywhere capabilities, they get 4×4 configuration as standard along with unique architecture and a new terrain management system.

Ford ensures “class-leading” levels of capability and suspension technology with the trio. All three of them have a mix of retro and modern styling as the traditional tall pillar styling with upright front fascia and sturdy body panels are well defined. There will be plenty of room for personalisation as well. Ford says it has utilised the extreme off-road expertise from vehicles like F-150 Raptor while developing the Bronco.

The body-on-frame Bronco was responsible for bringing the SUV name into the American automotive picture back in 1965 and Ford produced 2,70,000 General Purpose vehicles for the Armed forces during the World War II. As the GPs were deemed too small for civilian use, Ford went back to the drawing board to create the Bronco with refinement and comfortability in mind.

The first generation Bronco carried the nickname GOAT (Goes Over Any Terrain) and Ford even considered naming it either Wrangler or Trail Blazer and you might know where they are used now. The American auto major is also planning to introduce Bronco Off-Roadeos that would help in giving potential customers off-roading adventure experiences with the new range of Bronco models from early 2021. 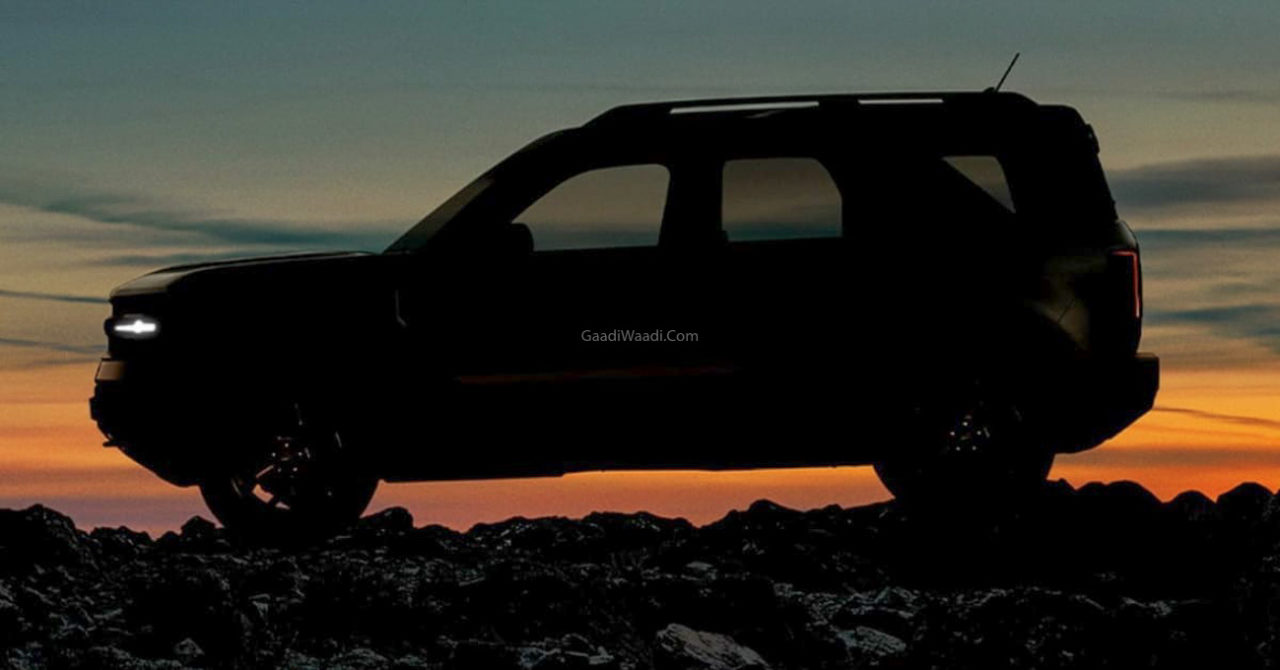 Despite the global health crisis, Ford seems committed to take the Bronco into the homes of the aficionados as the debut will be streamed across various channels and digital platforms on July 13. Interested buyers can book the new-gen Bronco for an initials refundable token of $100 as well.