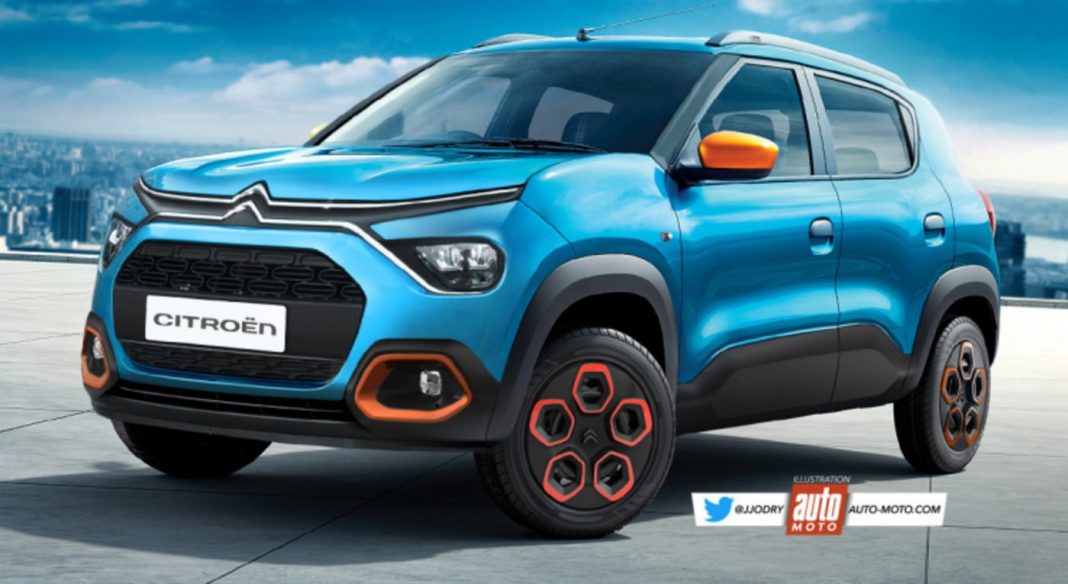 Last month, Citroen launched the C5 Aircross SUV in the Indian market, and the manufacturer already has more products in the pipeline. The French manufacturer will be introducing a compact SUV in India next, codenamed CC21. Multiple test models of this upcoming SUV have been spotted on the streets of India, with varying degrees of camouflage.

Here, we have a digitally rendered image, which shows us how the SUV might look in its production-ready form. The front fascia of the vehicle is inspired by the 2021 Citroen C3, but there are a few changes to the design. The Citroen logo neatly integrates into the chrome slats on the nose. The upper slat curves upwards and features LED DRLs, while the lower slat merges with the main headlamp unit.

We also see a wide, gaping front grille and the front bumper features foglamps sitting in bright orange housings. The vehicle gets plastic cladding all-around at the bottom, and on the wheel arches as well, which add muscle to the design. The SUV gets blacked-out steel wheels, with black and red wheels caps, indicating that this is a lower variant. 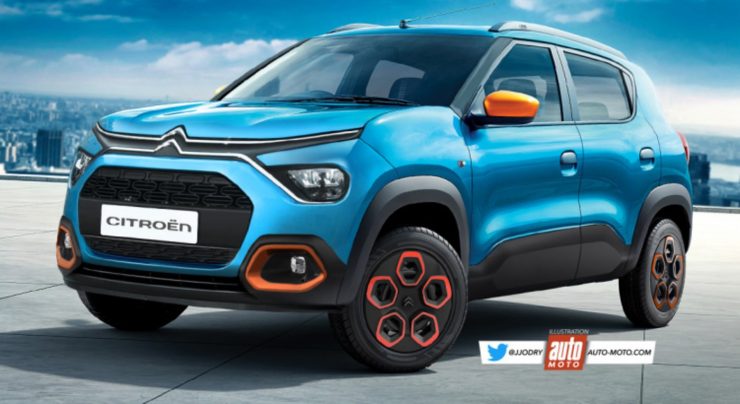 The A- and B-pillars are blacked out as well, while the ORVMs sport a lively orange and black colour. The vehicle also gets a regular roof-mounted antenna, along with faux roof rails. We also see a small glimpse of the taillight, which seems rather bulbous, but the rear section of the vehicle hasn’t been rendered here.

This unofficial digital rendering of the upcoming Citroen CC21 SUV is quite cute, and it gives us a fair idea of what to expect in terms of design. As for the underpinnings, the CC21 will be built on Stellantis Common Modular Platform (CMP), heavily localised to keep production costs low.

Citroen CC21 is expected to be powered by a 1.2-litre turbo-petrol engine (110 PS and 160 Nm). A 5-speed manual transmission will be offered as standard, and an automatic gearbox option will likely be offered as well. Citroen’s upcoming compact SUV is expected to launch in the Indian market before the end of this year.