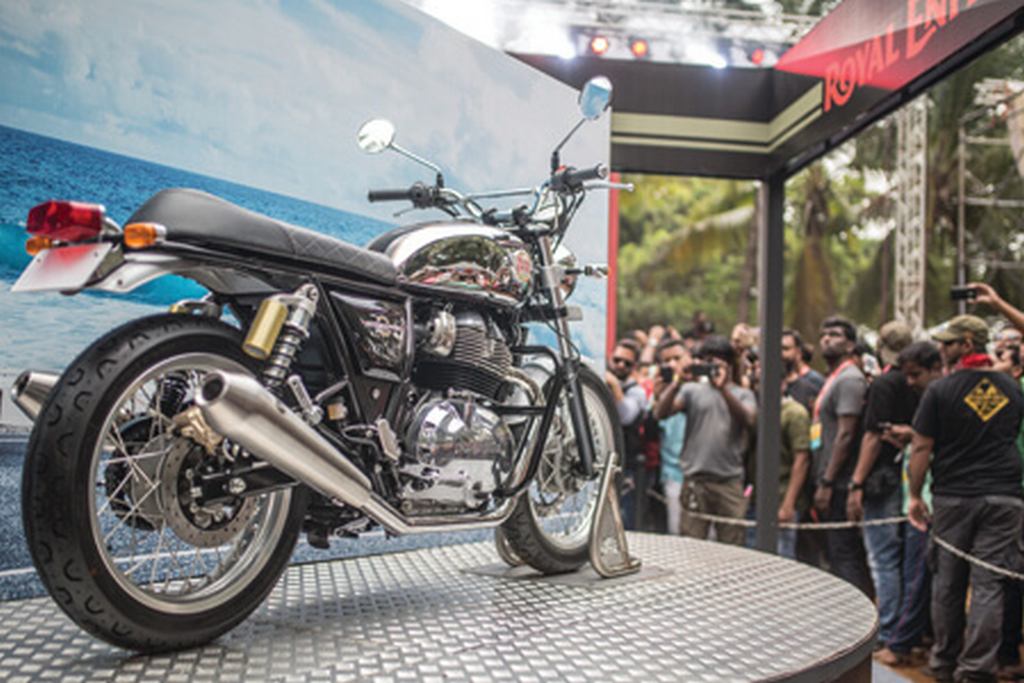 Royal Enfield has been aspiring to take on Harley Davidson for quite long time, and now it is ready to throw some serious challenge to the American bike-maker. The Royal Enfield is preparing to launch its flagship model Continental GT 650, which will lock horn with Harley Davidson Street 750. The motorcycle has been spied already and it is slated to launch sometime this year.

Upcoming RE Continental GT 650 appears similar like its smaller sibling. The motorcycle sports retro style with café racer design and it is built on a twin-downtube cradle frame. The Continental GT 650 incorporates round headlamp, twin-pod analog instrument cluster, a muscular and long fuel tank with generous amount of capacity. Apart from that, the seat, tail section and taillight look similar as well.

The twin-exhaust pipes make it distinctive than the smaller Continental GT. Royal Enfield Continental GT 650 draws its power from a 648 cc parallel-twin engine with 270 degree firing order and electronic fuel injection technology. This engine is mated to a six-speed transmission and churn out 47 bhp at 7,100 rpm and 52 Nm of peak torque at 4,000 rpm. The gearbox further comes linked to a slip assist clutch. It develops nearly 18 bhp and 8 Nm torque more than the standard Continental GT with 535 cc single-cylinder air-cooled engine.

Royal Enfield Continental GT 650 has been fitted with a 320 mm disc brake up front along with a 240 mm disc at the rear. A dual channel ABS comes standard. On suspension front, the motorcycle gets 41 mm telescopic front forks with 110 mm travel and Paioli gas-charged adjustable shock absorbers at rear. The motorcycle runs on 100/90-18 front and 130/70-18 rear tyres that are tubeless.