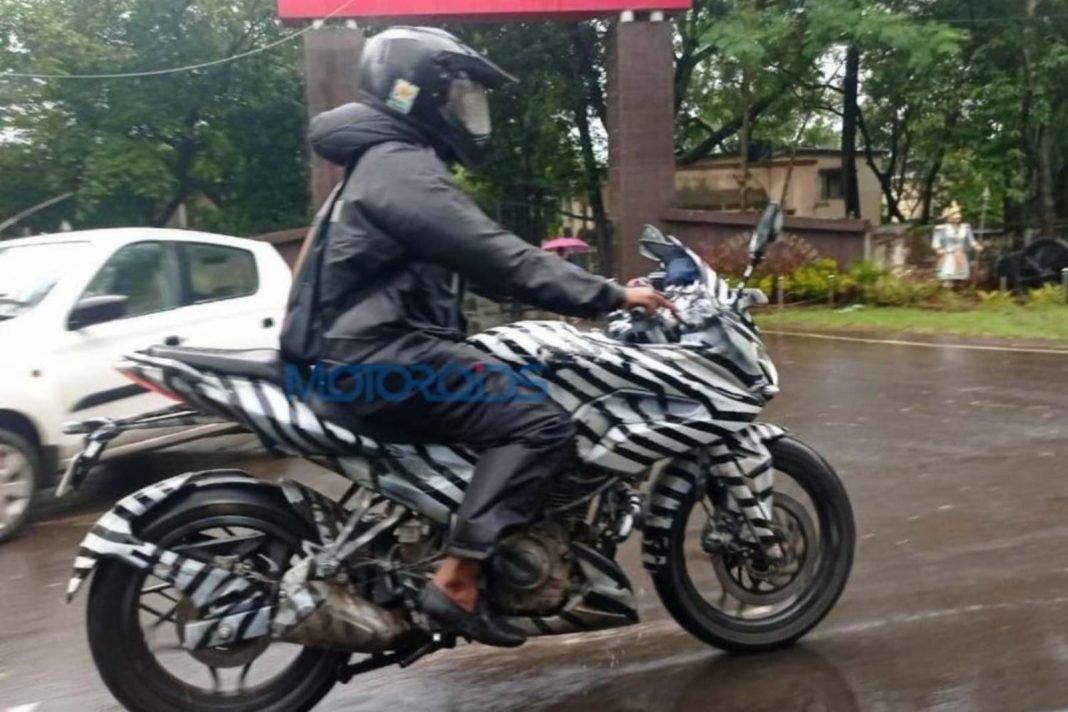 The forthcoming Bajaj Pulsar 250F is expected to be powered by an air/oil-cooled 250cc engine, and it will spawn a naked variant as well

Bajaj Auto is planning to add two new models to the Pulsar lineup soon. The manufacturer has been road testing two new bikes – a naked streetfighter model and a half-faired model – which are expected to be Pulsar NS250 and 250F, respectively. A new spy picture of the latter has recently emerged online, which gives us a rather clear look at it.

This particular spy shot shows us the side profile of the upcoming Bajaj Pulsar 250F. The motorcycle gets a sporty half-fairing, a bulbous fuel tank, and a sleek tail section. The rear wheel is suspended on a monoshock and gets a tyre hugger, while the front end gets a pair of conventional telescopic forks. The bike also gets an engine cowl, which seems to almost completely cover the engine case from underneath.

We also see a short upswept exhaust, which looks a little stubby and awkward in all honesty. The motorcycle also gets alloy wheels on both ends, with a single disc brake setup on both wheels. Interestingly, the side profile of this upcoming bike seems very reminiscent of the old Pulsar AS200. 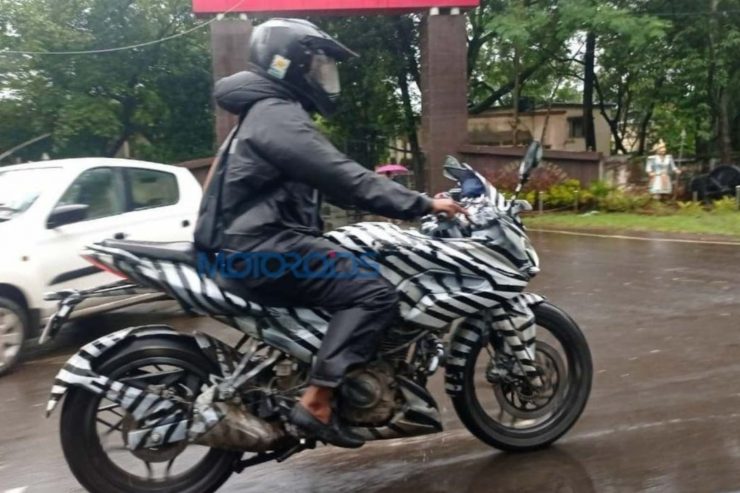 Other than that, the motorcycle seems to get raised clip-on handlebars, a split-seat setup, split pillion grabrail, fairing-mounted rear-view mirrors, and an all-LED lighting system. We also expect the vehicle to get features like dual-channel ABS and a fully digital instrument console. The upcoming Pulsar 250F is expected to be powered by a new 250cc single-cylinder engine.

Unlike the motor on Bajaj Dominar 250, which is a liquid-cooled unit, this one will be an air/oil-cooled powerplant. It will likely come mated to a 6-speed gearbox, which could get a slip & assist clutch as well. The naked version (Pulsar NS250) will be identical in terms of specs and equipment, with the difference being only in styling.

The manufacturer had previously released a teaser for the upcoming Pulsar model(s), which leads us to believe that these will launch very soon. We expect the Pulsar 250F and NS250 to be priced competitively, and upon launch, they will rival the likes of Suzuki Gixxer 250/Gixxer SF 250, Yamaha FZ25, and their sibling, Bajaj Dominar 250, in the Indian market.