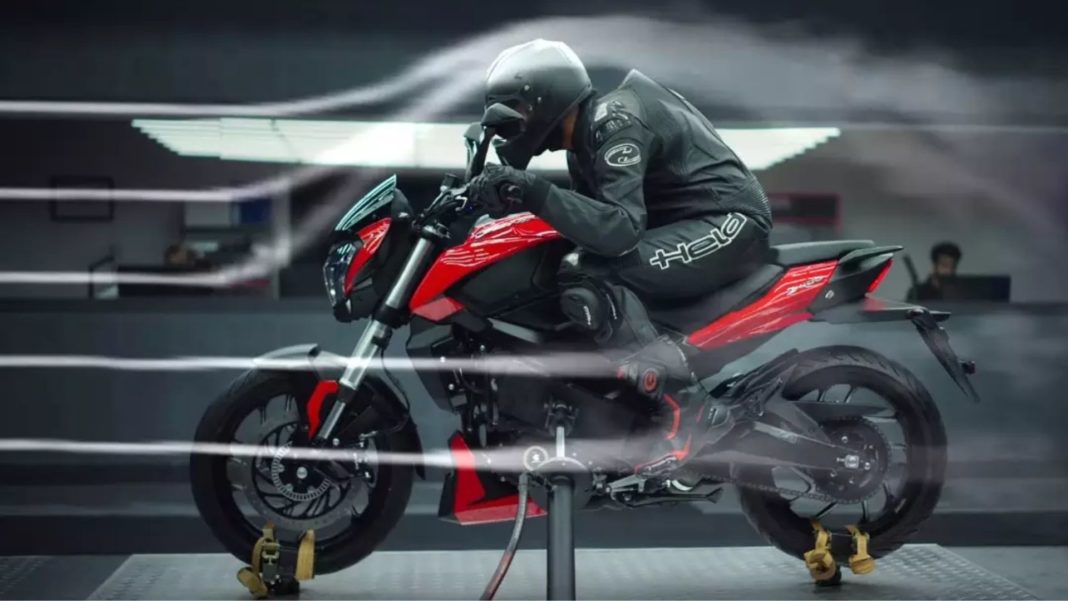 Bajaj Auto confirmed that it was working on an entry-level version of the Dominar 400, and the bike was previously spied up close for the first time, in a dual-tone red and black paint scheme. Now, Bajaj has officially teased the bike in a video on its official social media accounts with the tagline ‘Dreams will come true, welcome to the world of touring’.

The homegrown manufacturer is expected to equip the new smaller Dominar with KTM 250 Duke’s 248.8 cc liquid-cooled fuel-injected single-cylinder engine, which was recently made to comply with the BS6 emission norms. The said motor puts out 30 PS of maximum power at 9,000 rpm, & 24 Nm peak torque at 7,500 rpm and comes mated to a 6-speed gearbox.

Bajaj also recently launched the Husqvarna Svartpilen 250 and Vitpilen 250 in the Indian market at a starting price of Rs 1.80 lakh (ex-showroom), and both the bikes are plonked with the same 248.8 cc engine. However, it is expected that Bajaj will slightly lower the power output for the Dominar 250.

Launching a more affordable entry-level 250 cc version of the Dominar will make the range accessible to a wider group of audience, hence increasing the bike’s sales numbers, which has been below par lately. Only 130 units of the Dominar 400 were shipped in the month of January 2020.

Bajaj currently retails the Dominar 400 at a starting price of Rs 1.90 lakh (ex-showroom), and an on-road price of over Rs 2 lakh makes it a premium offering. Hence, the Dominar 250 will likely be priced at about Rs 40,000 lesser than its bigger sibling, which means it is expected to carry a price tag of Rs 1.60 lakh (ex-showroom). Since the bike has already started arriving at dealerships, expect a launch in the coming weeks.

As of now, Bajaj does not have any of its own product in the 250 cc segment. However, the upcoming Dominar 250, along with the Husqvarna twins and the KTM 250 Duke means that soon the Indian two-wheeler manufacturer will be involved in the business of 4 quarter-litre motorcycles in the Indian market, directly or indirectly.