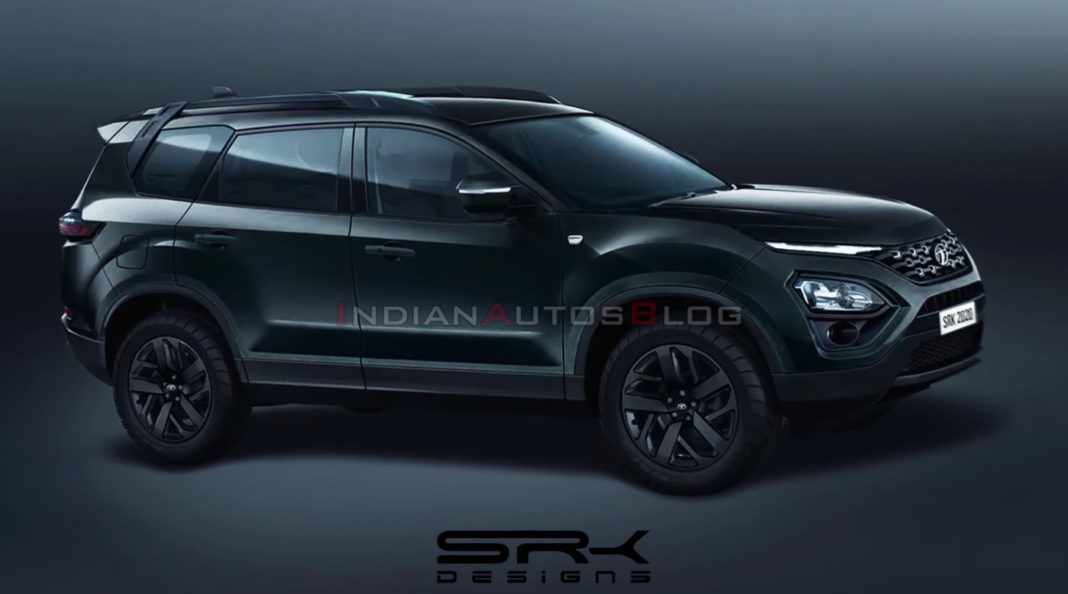 The Tata Gravitas will be plonked with the same 2.0-litre Kryotec diesel engine that performs duties on the Harrier, while a petrol powertrain could also be introduced

Tata showcased a three-row SUV based on the Harrier at the 2020 Auto Expo in February this year, and an imminent launch of the three-row has been speculated ever since. While Tata Motors is yet to confirm an official launch date for the ‘Gravitas’, we expect it to happen later this year.

Just like the Harrier gets a Dark Edition variant, its three-row sibling could also be getting the same treatment, and this rendering by IAB’s in-house digital artist Shoeb R Kalania seems to have cracked what the Gravitas Dark Edition could end up looking like. In a video uploaded on its YouTube channel, the entire process of the transformation of a regular Gravitas into a Dark Edition variant can be seen, take a look –

The Gravitas Dark Edition sports a black paint scheme, along with black treatment on almost all of the elements, including the front grille, the roof rails, door handles as well as the wing mirrors. The alloy wheels have also been blacked out, and they surely further enhance the car’s appeal. The attention to detail in the rendering is on point, since the ‘Dark Edition’ badge can also be seen, placed on the front fender, just under the A-pillar.

The Dark Edition variant will carry over the get black treatment inside the cabin, which will include black seat upholstery and black trims all around the cabin, in a bid to make the car sportier. The regular Gravitas on the other hand, is expected to get the same dual-tone black and brown treatment that is seen on the regular Harrier.

While the Gravitas was displayed at the Expo as a 6-seater only, Tata could also go ahead and introduce a 7-seat version of the SUV. Nonetheless, under the hood of both the versions will likely be the same 2.0-litre Kryotec diesel engine (170 PS/350 Nm) as the Harrier. The transmission options will likely include a 6-speed MT, as well as an optional 6-speed torque converter auto. A petrol powertrain could also be offered with the SUV.