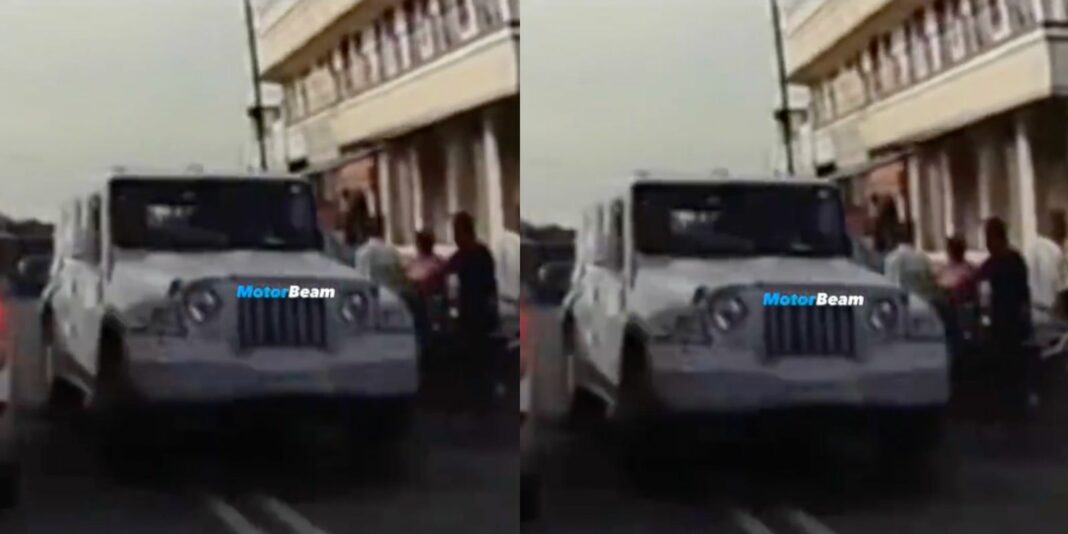 5-door Mahindra Thar will more likely make its global premiere at the 2023 Auto Expo; will take on the upcoming Maruti Suzuki Jimny

Mahindra has been caught testing the five-door Thar on public roads again and this time around, the front fascia of the upcoming off-road SUV can be clearly seen. As expected, it shares many design traits with the existing three-door model. The five-door Thar is expected to make its world debut at the 2023 Auto Expo in January.

Over the due course of the next calendar year, it will more likely go on sale. The test prototype does not appear to be in its production-ready state yet. The upright front end comprises circular headlamps, a near-flat bonnet structure, signature vertical grille slats, chunky front bumper and muscular fenders, tall pillars, slightly raked front windshield, etc.

The Mahindra Thar gained its latest generation a couple of years ago and it has been a good seller as it has successfully transformed from being a basic off-road SUV to more of a lifestyle offering without sacrificing much of its off-the-tarmac capabilities. It will take on
the forthcoming five-door Force Gurkha and the five-door Maruti Suzuki Jimny upon arrival.

The five-door Thar will aim at a wide band of audience with improved practicality and increased space. It is expected to have a longer wheelbase compared to the existing model and the previous spy shots indicated the presence of a spare wheel mounted upright tailgate, rectangular LED taillights and ORVMs and bumper with reflectors.

You could also see the turn indicators that are mounted on the wheel arch fenders. It will be underpinned by the same chassis as the recently launched Scorpio N. The cabin may also feature new equipment to further make it an upmarket proposition while the surface trims and upholstery could be new while retaining the same dash and centre console design.

Under the hood, the 2.2-litre four-pot diesel and the 2.0-litre four-cyl petrol engines will continue with possible alterations in performance outputs. As for the transmission, a six-speed manual and a six-speed torque converter automatic unit driving all four wheels could be retained.