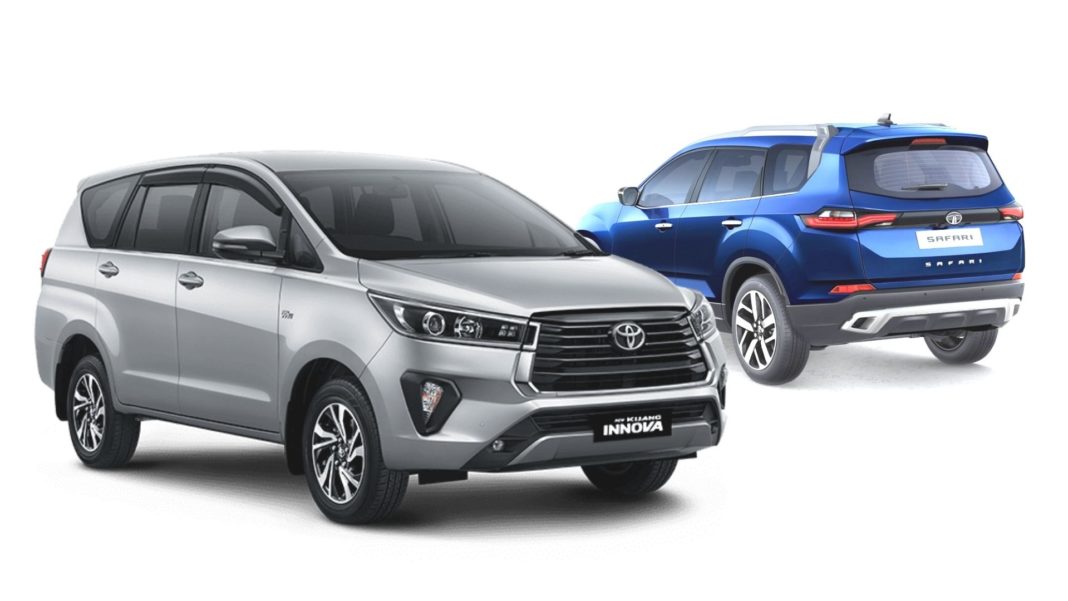 Here, we compare the upcoming new-gen Tata Safari against the Toyota Innova Crysta, in terms of design, dimensions, specs, etc

Tata Motors is all set to launch the new Safari in India, on 26th January 2021. Regular readers would be aware that the 2021 Safari (previously named Gravitas), will be the three-row version of the Harrier. This upcoming Tata SUV will be the new flagship in the company’s passenger car lineup after launch, and the anticipation for it is quite high.

Although the Tata Safari is an SUV, plenty of buyers will be comparing it to the Toyota Innova Crysta. The latter is one of the most comfortable, spacious, and reliable MPVs in the market, and here, we see how the two vehicles stack up against each other on paper.

The 2021 Tata Safari has the same overall design as the Harrier, but is a little longer and taller (figures from the pre-production model, Gravitas), with slight differences. It will have the same wheelbase length though, along with the same width. It gets the same vertically-split headlamp design and front bumper, but with a new chrome-studded grille. The taillight design has also been updated, and roof rails have been added as well. 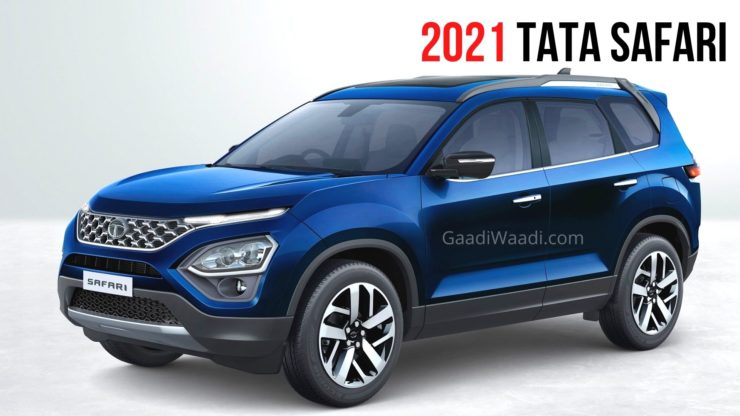 The Toyota Innova Crysta was given a facelift in India just a while back. The updated car gets minor design changes, which helps it look fresh and appealing. It gets a pair of sleek-looking headlamps, flanking a wide front grille with silver/chrome surrounds. Like a typical MPV, it gets a bulky silhouette, and a large greenhouse area for good visibility all around. 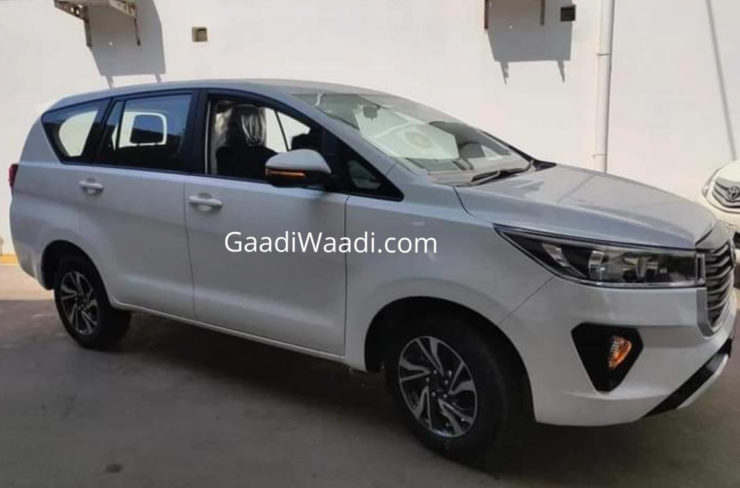 The Innova Crysta is longer than the Safari, as per the latter’s expected dimensions, but that might not be the case with the production model. We expect the Safari to be taller than the Innova, which when paired with its rugged design, should give it a much better road presence than the Toyota MPV.

Tata Safari will also share its interior design with the Harrier; it will have the same dashboard design, the same 8.8-inch infotainment system (expected), and the same semi-digital instrument console (with a 7-inch MID and an analogue speedo). Other features confirmed on the new Safari include a panoramic sunroof, electronic parking brake, and connected car technology. 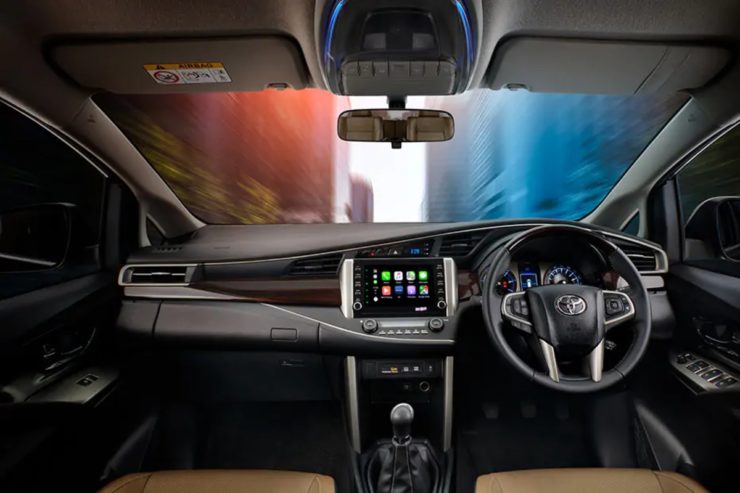 Under the hood of the Tata Safari will be an FCA-sourced 2.0-litre turbo-diesel engine, which also does duty on the Harrier. This motor is rated at a maximum power of 170 PS and a peak torque of 350 Nm, and the transmission options will consist of a 6-speed manual and a 6-speed automatic. At launch, the Safari will only be available with FWD system, but there’s a small chance that a 4×4 version might be launched in the future. 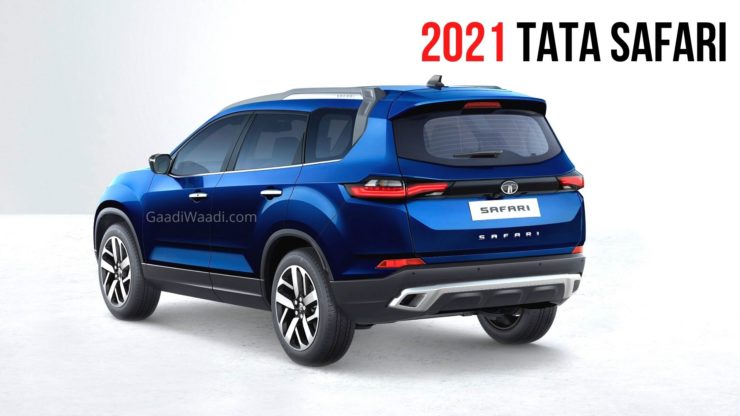 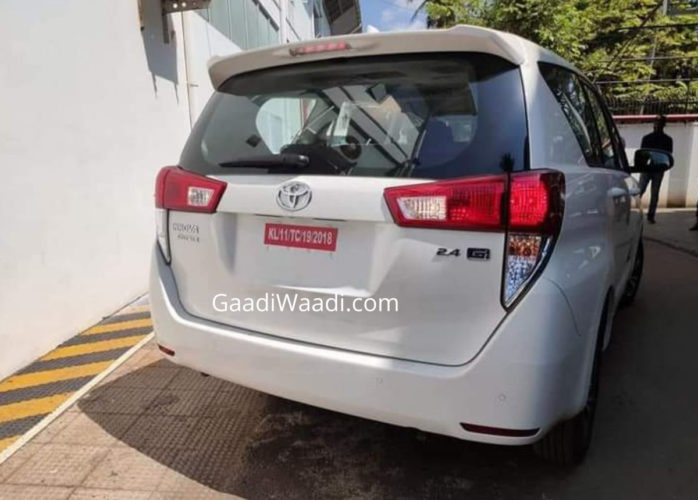 The Innova Crysta gets two engine options – 2.4-litre turbo-diesel and a 2.7-litre petrol engine. The former is capable of generating 150 PS and 360 Nm (343 Nm on MT), while the latter is good for 166 PS and 245 Nm. Both engines can be had with either a 5-speed manual or a 6-speed automatic gearbox, which send power to the rear wheels.

The price list of the 2021 Tata Safari will be revealed on the day of its launch, and we expect it to be between Rs. 14 lakh and Rs. 22 lakh. As for the Toyota Innova Crysta, it is currently priced from Rs. 16.26 lakh to Rs. 24.33 lakh. In this preliminary comparison, it does seem like the Safari is better value for money due to more features and a lower expected price, but we’ll have to wait for the SUV to launch, to know the exact prices and features on offer.

All Prices mentioned are ex-showroom,New Delhi