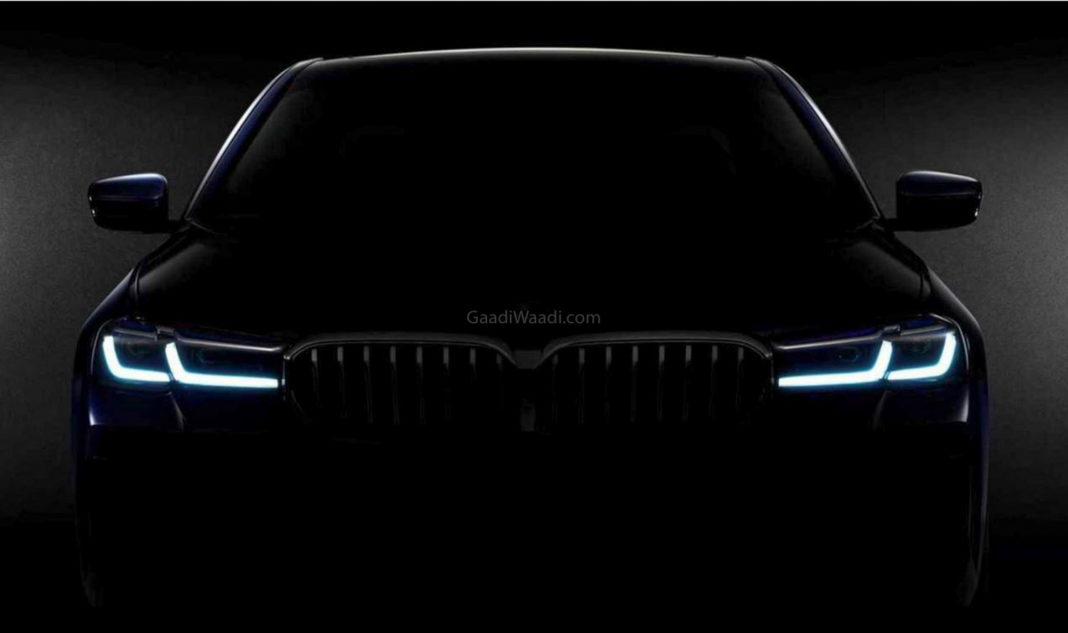 The 2021 BMW 5 Series will continue to put up against the likes of the Mercedes-Benz E-class, Audi A6 and the Jaguar XF, upon its arrival later this year

A few camouflaged spy shots in the past suggested that BMW is working on a mid-life refresh for the 5 Series luxury saloon, and now the German automaker has released a teaser image of the updated car, confirming that it will be making its official debut soon.

The teaser image does not reveal a lot of information, but it does substantiate that the updated car will be sporting new slimmer headlamps with L-shaped LED daytime running lamps, along with a larger kidney grille up front, which will now be conjoined.

Apart from these changes, the updated car will also be getting a slightly refreshed design for the LED tail lamps, tweaked bumpers, as well as a new set of alloy wheels. Inside the cabin, not a lot of changes are expected since it is just a mid-life facelift. Inside, the 5 Series facelift is expected to get only minor updates. However, the car will now be offered with wireless Android Auto connectivity as well. 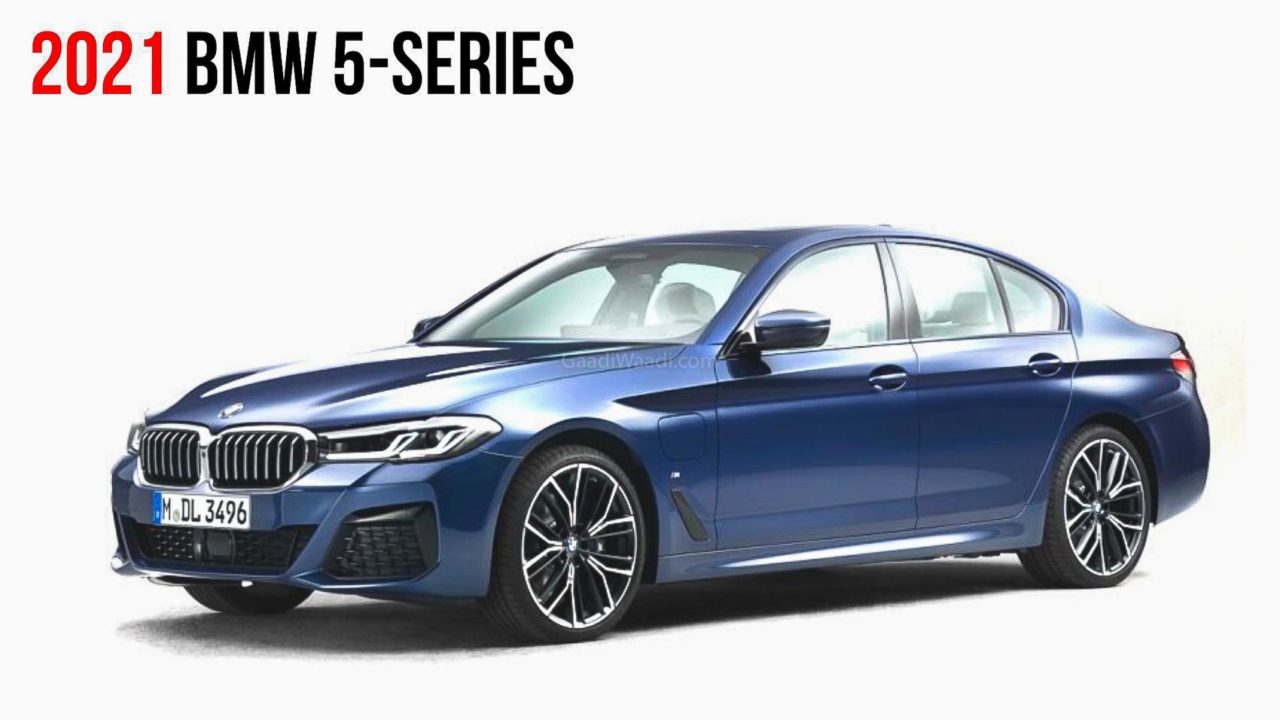 A new plug-in hybrid variant is also expected to join the 5 Series’ international line-up, and the said model could be dubbed ‘545e’. This variant would sit above the 530e, which made its European debut last year. If rumours are to be believed, the 545e will be plonked with an inline-six engine, coupled with an electric motor, producing about 400 horses. It seems unlikely that the Bavarian carmaker will bring this powertrain to India.

BMW currently offers the 5 Series saloon with three different powertrains in the Indian market, which include two diesel and one petrol motors. The 2.0-litre four-cylinder turbo-petrol unit makes 252 hp power and 450 Nm torque, while the 2.0-litre oil burner offered with the 520d is rated at 190 hp/350 Nm. 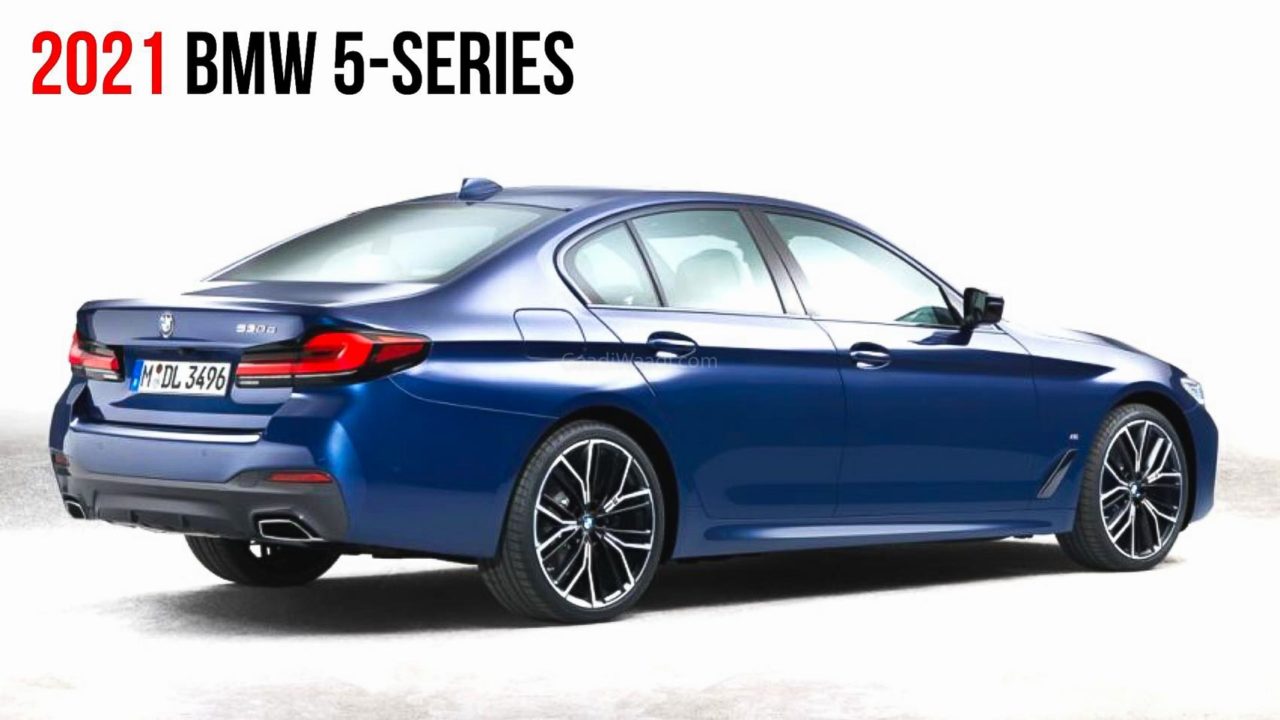 The 530d trim comes with a 3.0-litre six-cylinder turbo diesel engine that generates 265 hp of max power, along with 620 Nm of peak torque. BMW is expected to retain these three powertrains with the India-spec 5 Series facelift.

As of now, BMW retails the 5 Series in India for a starting price of Rs 55.40 lakh, which goes up to Rs 68.40 lakh (both prices, ex-showroom). The carmaker is yet to confirm an official launch date for the updated car in India, but it is expected to happen soon after the global debut.